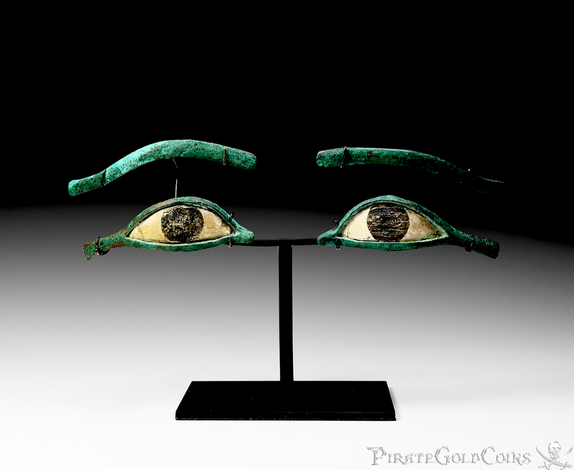 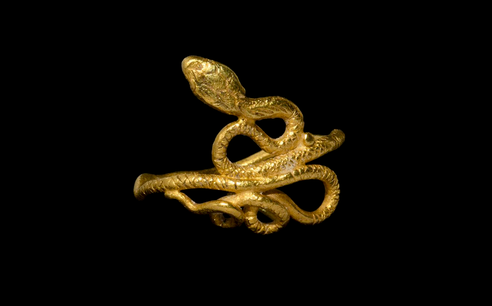 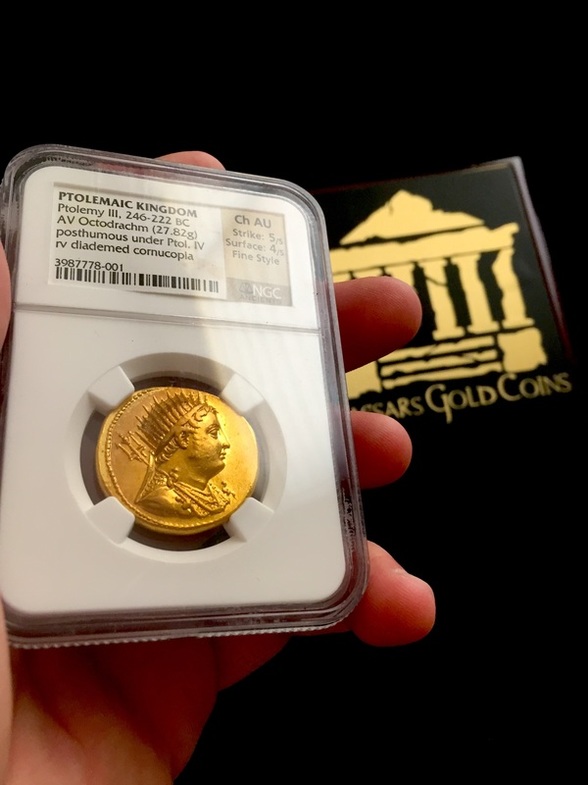 This outstanding piece has the look of a PROOF Gold Coin, and is extremely RARE!  There was an auction sale (last year) at $20k and that piece was certainly inferior to this piece.  This Treasure was just uncovered in Europe earlier this year.  Alexandria - Obverse: Bust of the defied Ptolemy III (27mm / 27.82gm) wearing a radiate diadem and aegis; over shoulder, trident with middle prong ending in lotus finial ~ Reverse: Radiate and filleted cornucompia gound with royal diadem (legends:  ΒΑΣΙΛΕΩΣ – ΠΤΟΛΕΜΑΙΟΥ )  “PTOLEMY III wearing the RAYED CROWN of HELIOS, the TRIDENT of POSEIDON, and the AEGIS of ZEUS!"

At the time of the Fourth Syrian War, Ptolemy IV had these gold coins struck in memory of his father, to commemorate the great victories over the Seleucids in the Third Syrian War. Previous to the battle in order to promote victory, the Queen, Arsinoe III, promised two gold minae for each soldier if the Ptolemaic army was successful. Following the victory, as recorded in the Raphia Decree, one-mina coins of this type were undoubtedly given.

The buying power of one gold mnaieion was enormous and unprecedented in the Ancient world, roughly $4,000 in today's currency. No other kingdom or empire in the ancient world could produce such large gold coins, and this display of economic clout drew thousands of mercenary soldiers into Egypt's service. This large and powerful army was put to maximum use by the third great king of the Ptolemaic dynasty, Ptolemy III Euergetes (246-222 BC). Shortly after inheriting the throne, he launched a massive invasion of the neighboring Seleucid Kingdom of Syria. Easily crushing all resistance, he even reached Babylon, where he proclaimed himself King of Kings. For a heady moment, Ptolemy III seemed to have gathered almost all of Alexander the Great's vast empire into his own hands. But instead of trying to step into Alexander's shoes, he wisely imposed severe terms on the Seleucids, annexed Palestine and Phoenicia, and returned to a rapturous welcome in Alexandria. Ptolemy III's powerful portrait appears on gold mnaieions struck by his son, Ptolemy IV Philopator, who succeeded him in 221 BC. The great conqueror appears almost bloated; while likely an accurate portrait, his well-fed appearance is also visual shorthand for Egypt's bountiful abundance. Ptolemy III also sports an array of godly attributes, including the rayed crown of Helios, the trident of Poseidon, and the aegis of Zeus. The reverse depicts a cornucopia, again symbolizing the plenty of Egypt. 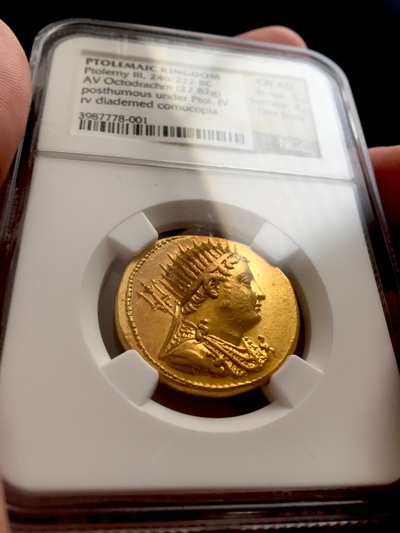 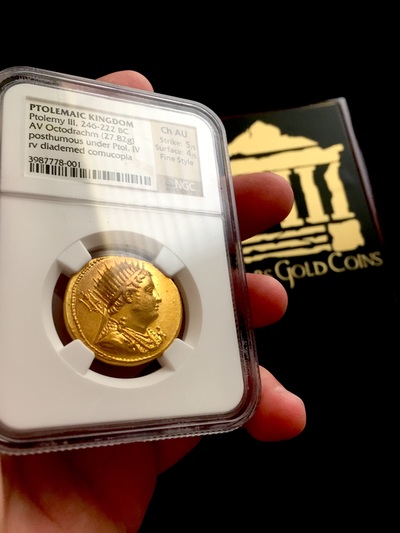 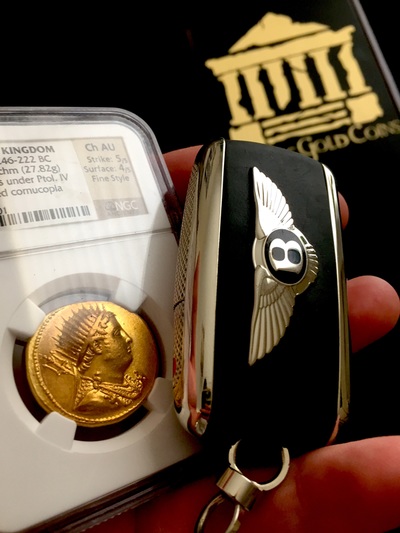 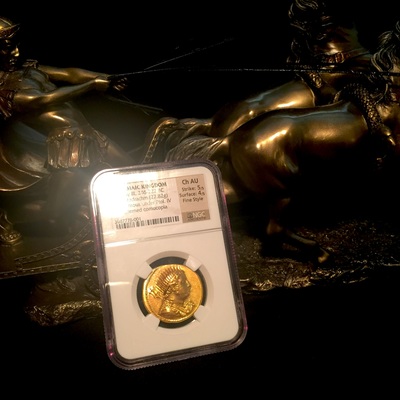 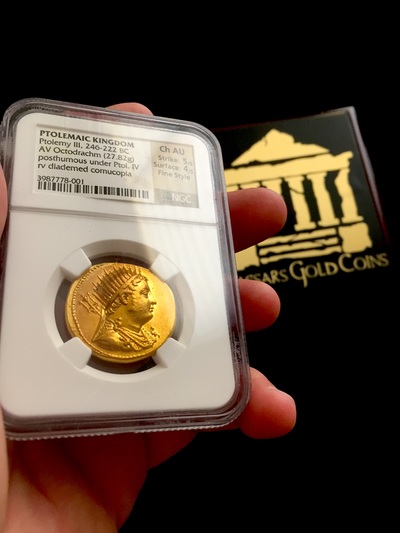 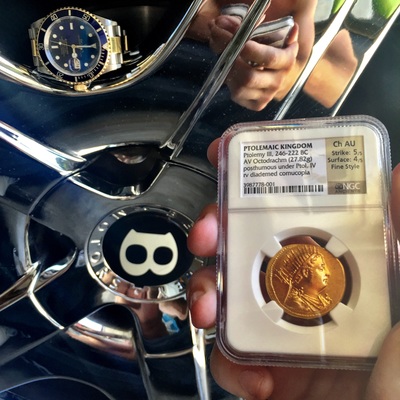 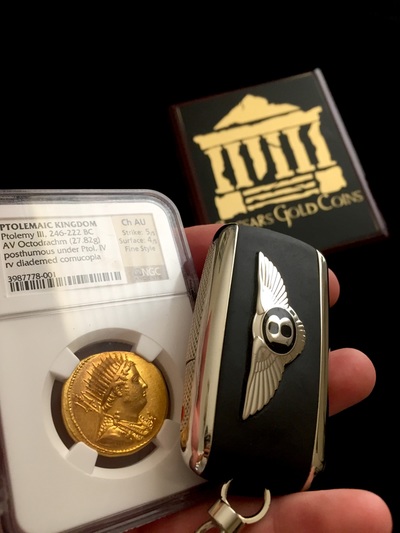 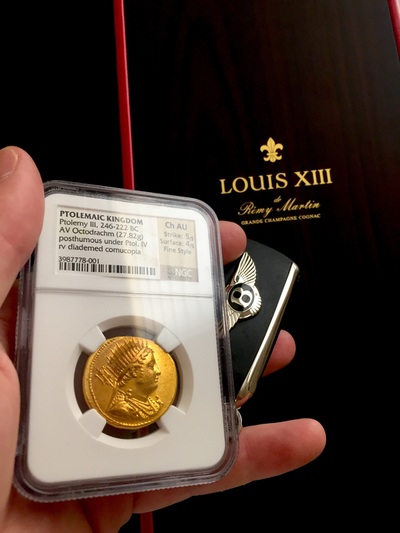 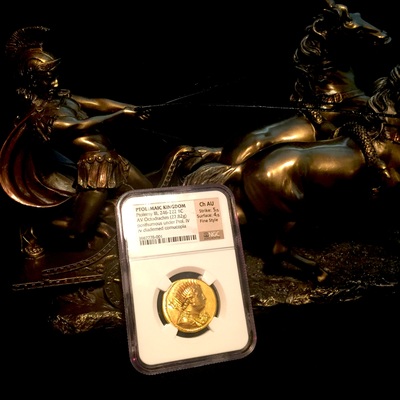 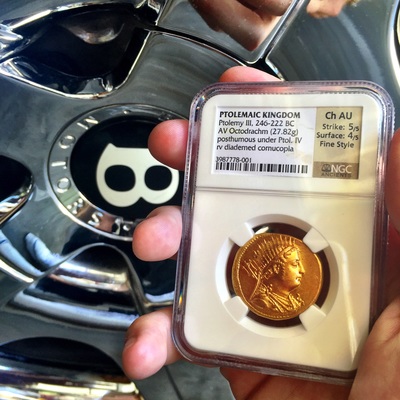 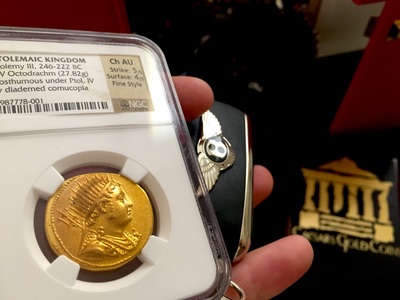 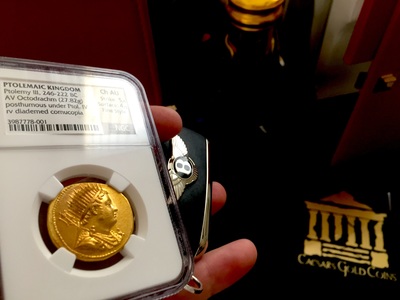