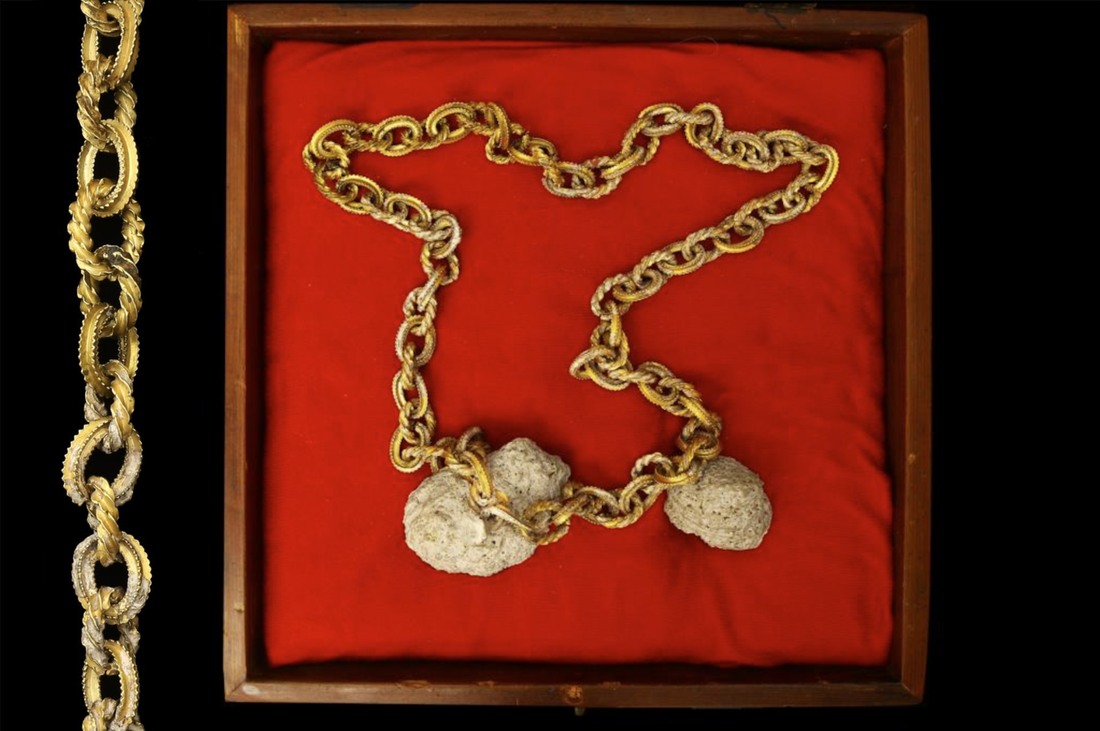 Click above image to view in eBay store
The man who originally received this piece in the division also had to trade in an Amphibian airplane, motor home, and a lot of money!  An artifact this mesmerizing of course went to someone who gave up an arm and a leg to help fund the expedition of the Atocha treasure!  The COA is very important as well, notice it was one of the very first COA's ever done by Mel Fisher (#45) back on May 20th, 1976!  It's also worth noting that it has been signed by all the people there from the beginning, the "Rock STARS" of Marine Archeology and Treasure Salvaging!  Also, very interesting to note that a similar money chain sold in the famed Christie's auction in 1988 and hammered at $319,000!!! (over 35 years ago). We now have the honor of presenting one of the most incredible pieces of history we've ever had to date.


Commonly referred to as a “Wedding” chain, in the listing we added photos referencing the Christie’s New York auction (June 1988) where a noble woman is wearing the same type of chain over her wedding gown.  The Christies example of this chain was longer, however that piece was cleaned of all its coral encrustations (less desirable) and was, oddly enough, from the Santa Margarita.  This piece has substantial coral, and some pieces are literally still linked to the side of a shell!! The treasure looks like it was recovered from the shipwreck this morning. To top it all off it comes with the original 1980 box it was presented in, for the man who gave up everything in hopes of his day finally arriving. You can only imagine the joy he felt opening this box for the first time. 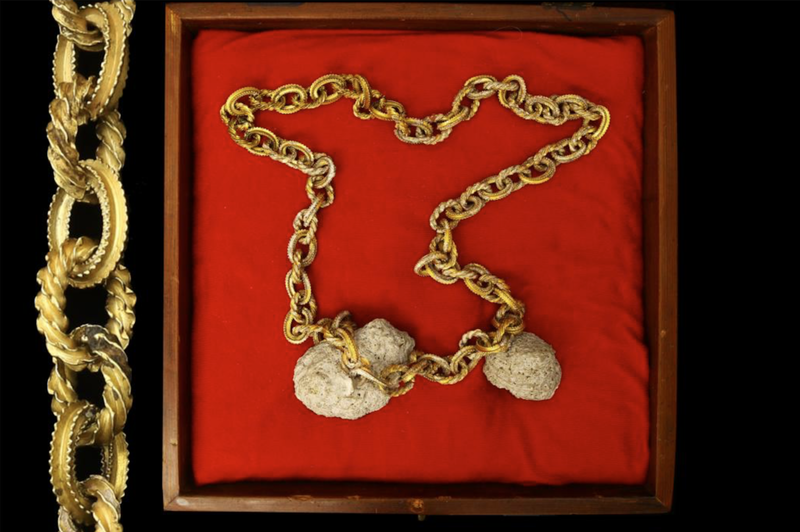 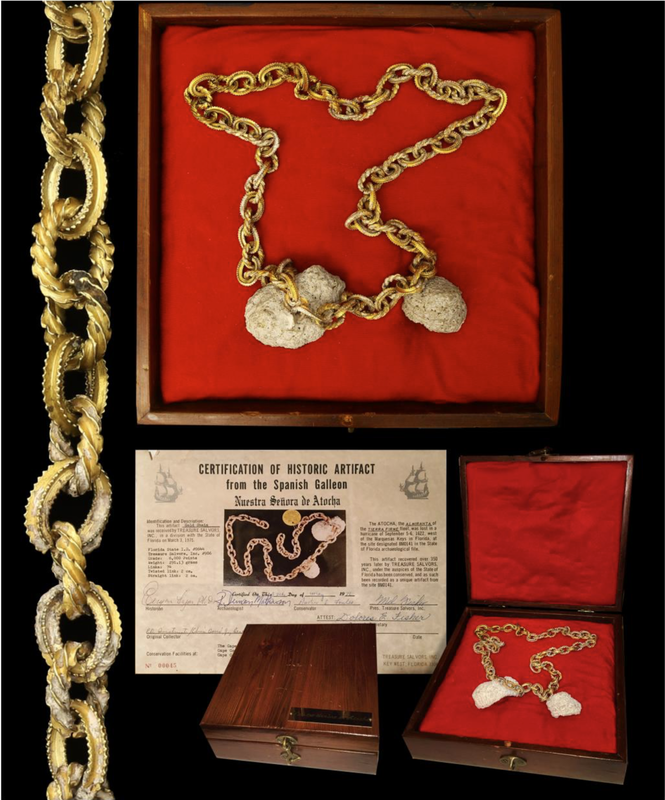 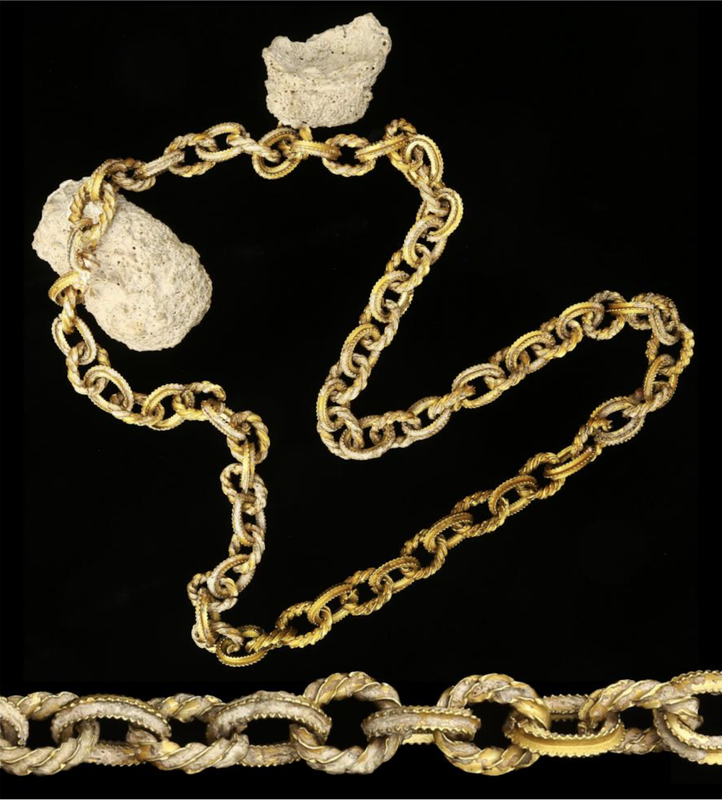 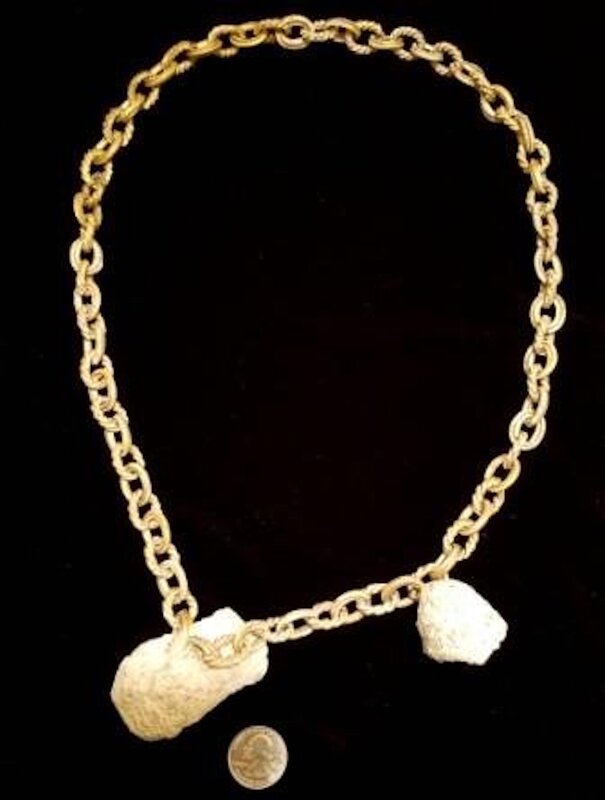 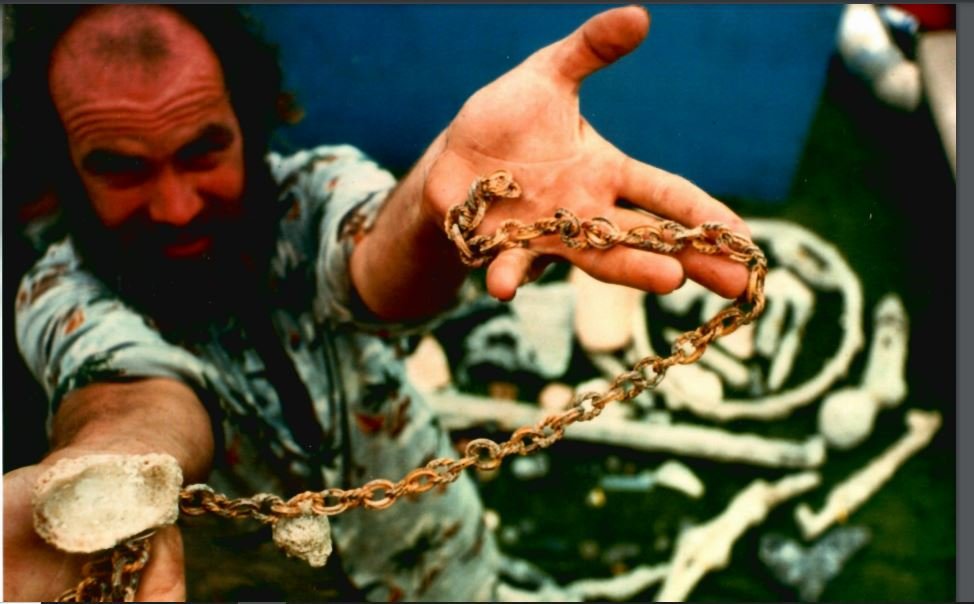 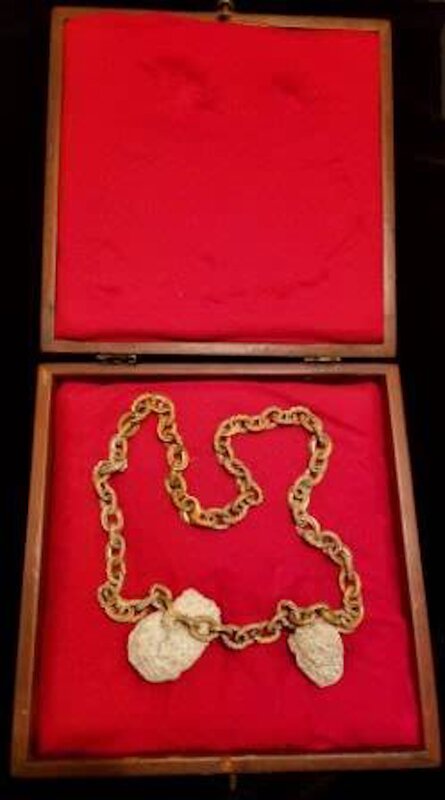 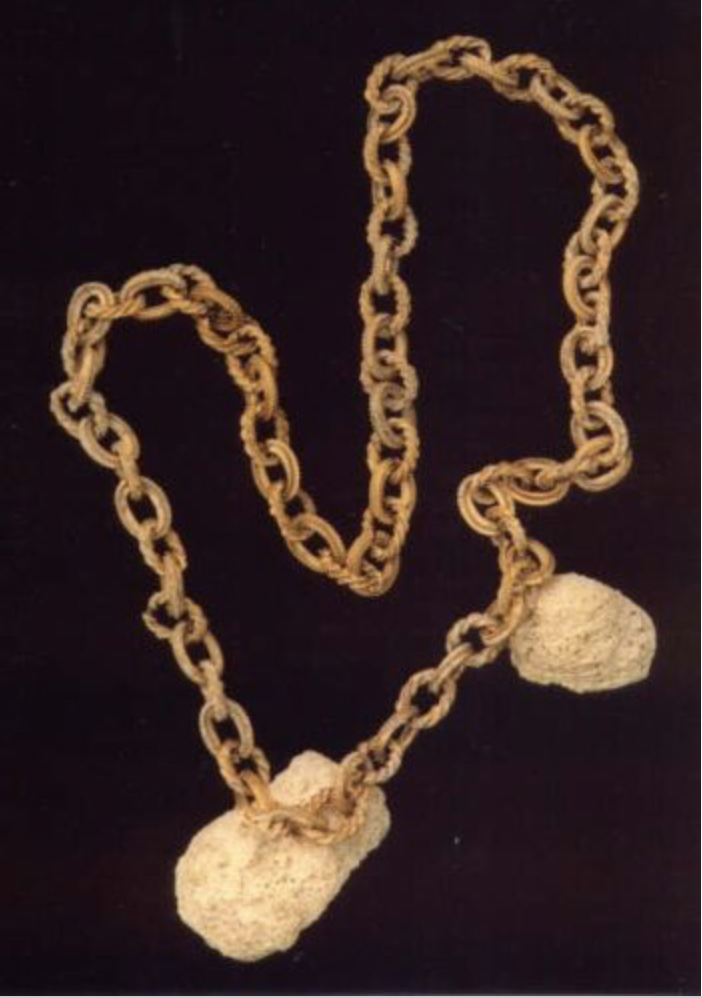 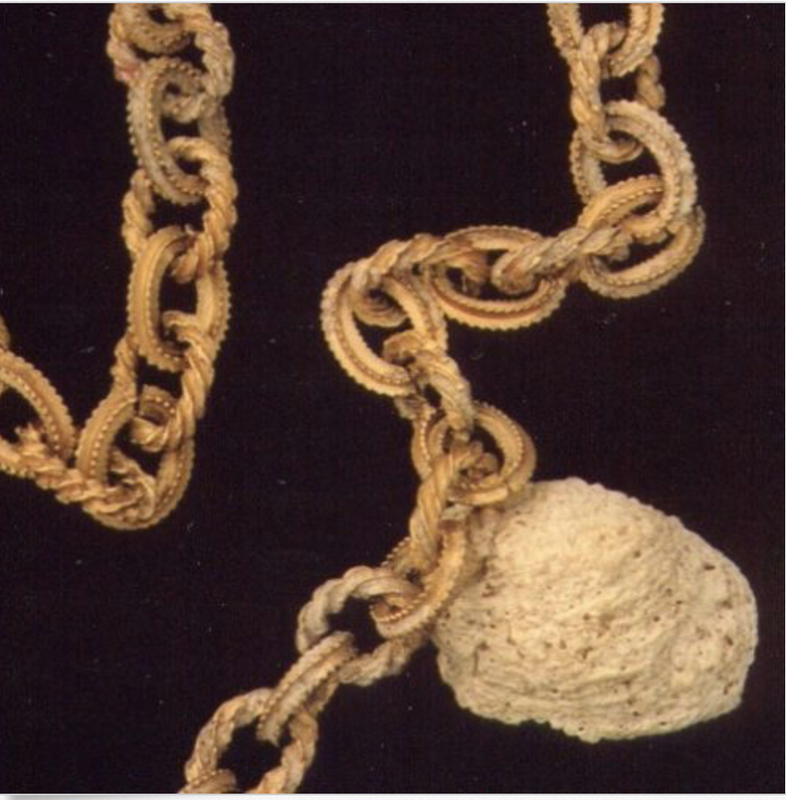 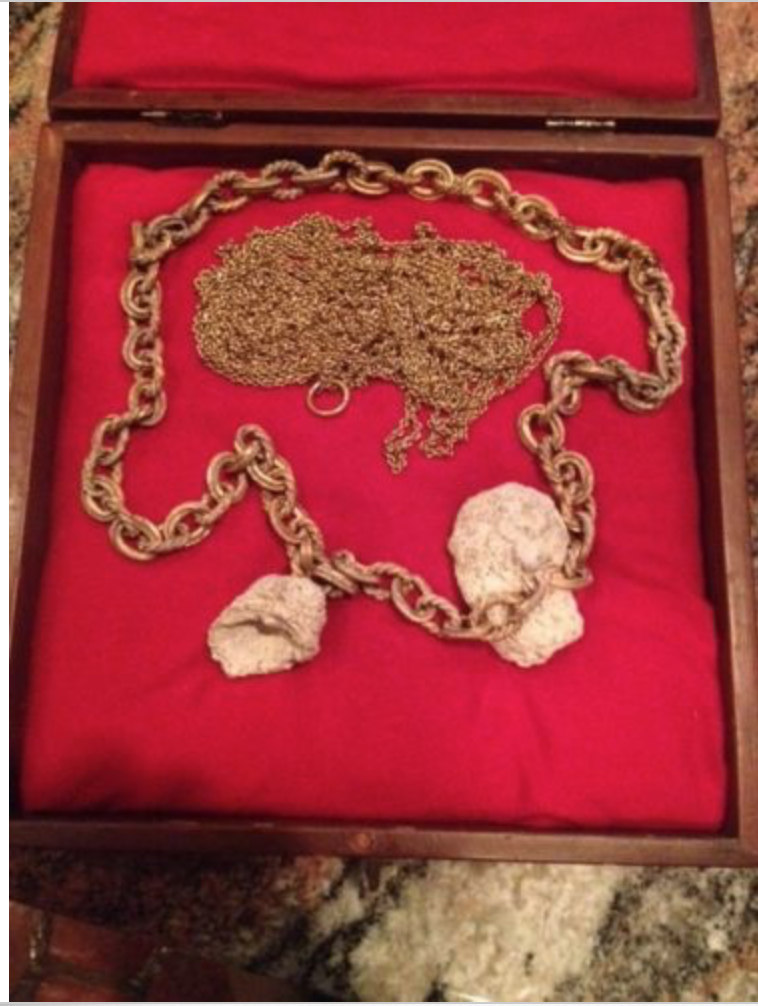 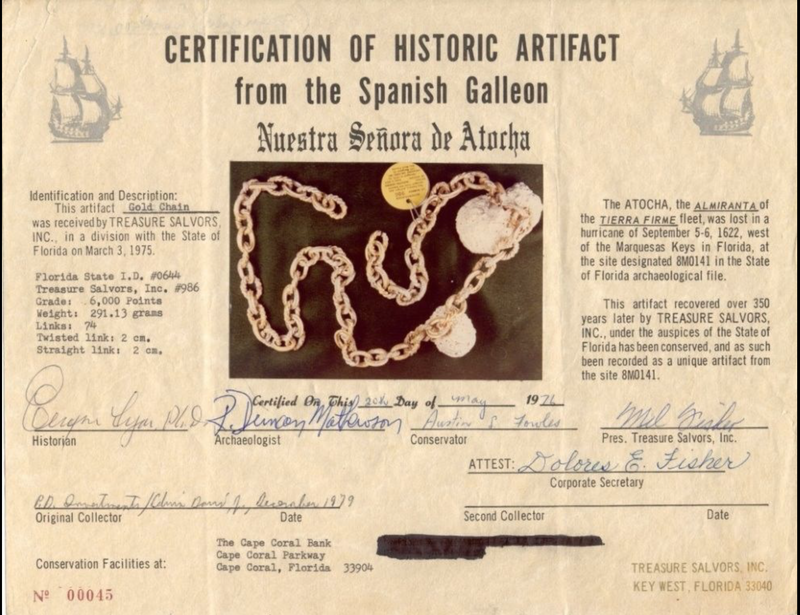 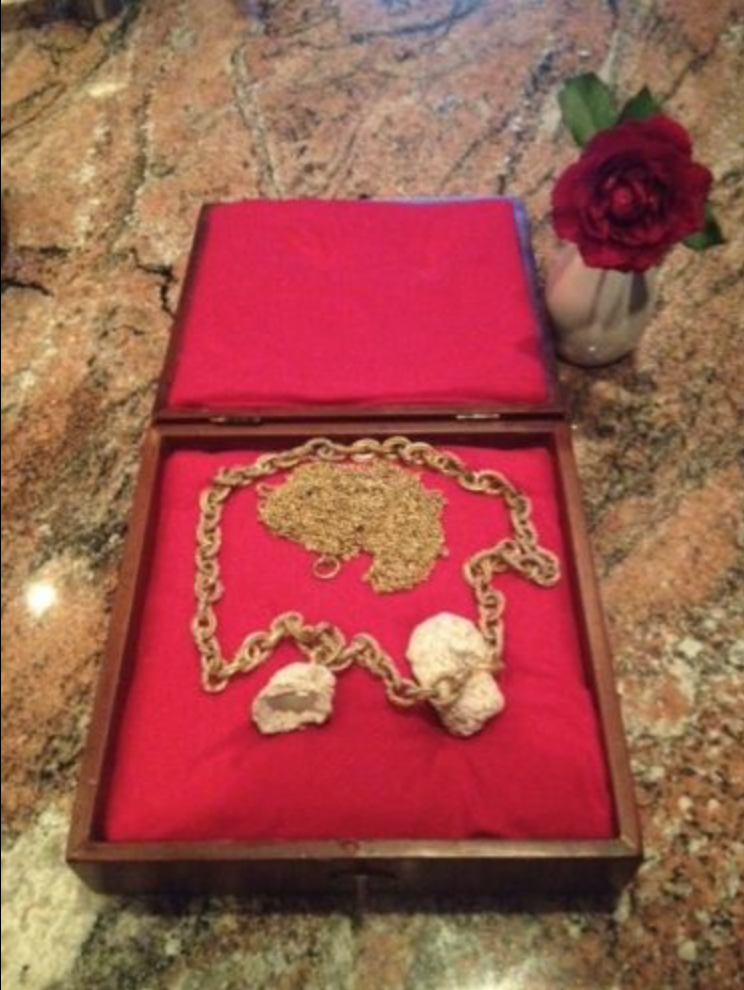 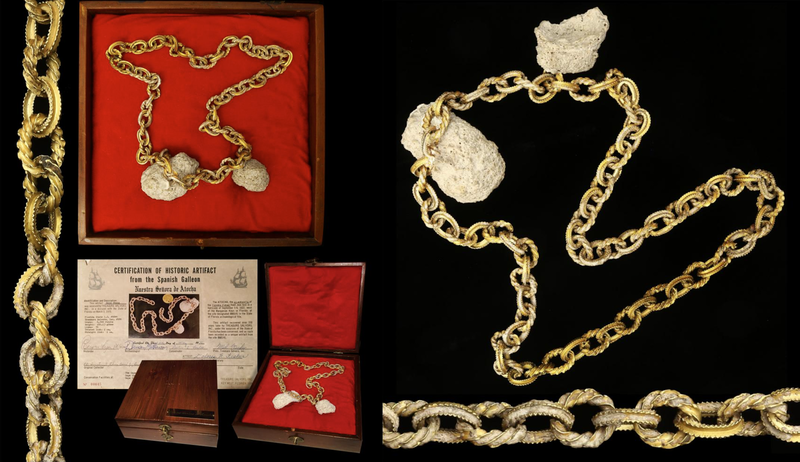 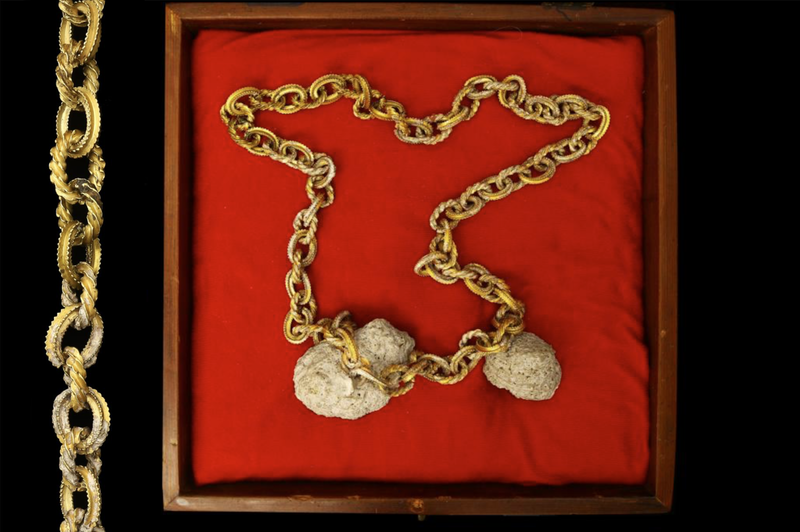