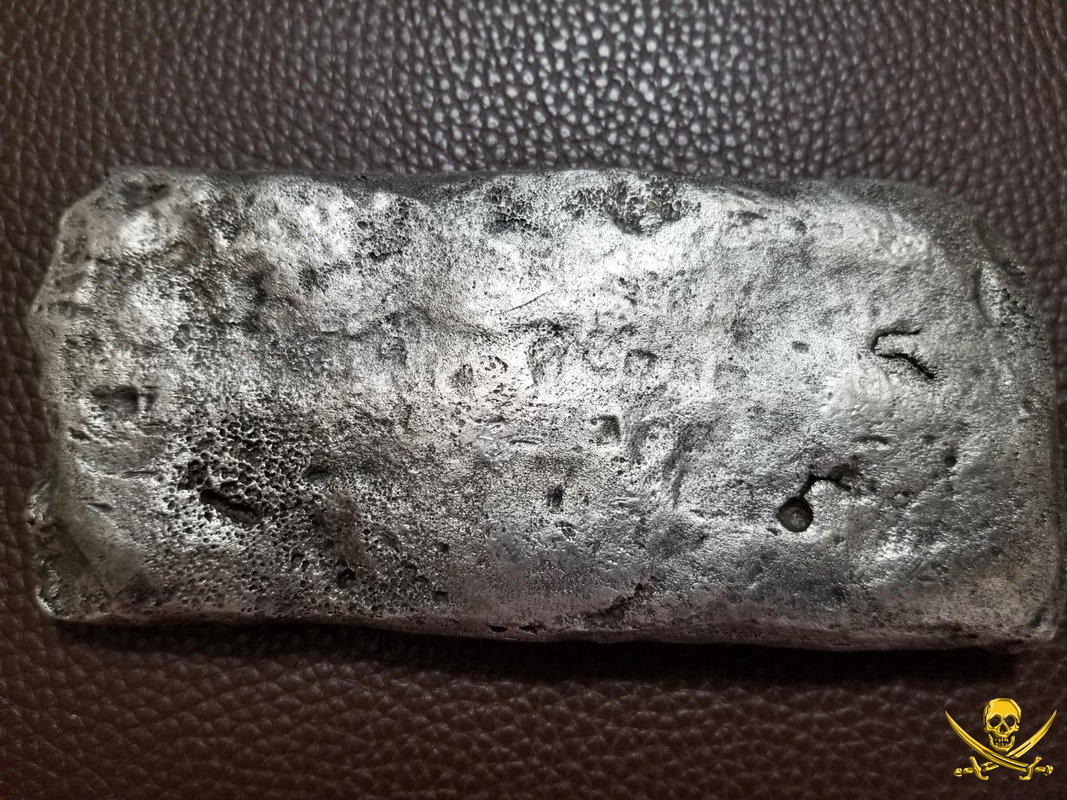 Click above image to view in eBay store
The Stolen Treasures of Montezuma were Melted into these Tumbaga Bars by the Spaniards when they Conquered the New World!

Spanish adventurers, lured by rumors of vast richest of treasure, started conducting expeditions to South America (Age of the Conquistador). The most famous, Hernando Cortes and Francisco Pizarro, took their crew down to the Aztec Capital of Tenochtitlan (Mexico City) in 1519 and conquered the area by 1521. Pizarro also conquered the Incas of Peru in 1532 and founded the capital, Lima in 1535.

The Wealth of the largest empires in the New Worlds was now in the hands of the Spaniards. They looted all the relics, artifacts and treasures of silver, gold, and copper and MELTED them into these crude ingots called "Tumbaga bars"!! (such a shame, can you imagine all the Aztec gold artifacts and treasures we might have today)

Modern day documentation of the time refers to the Tumbaga bars but until  1992 no one had ever seen one. So the Stolen Treasures of Montezuma were MELTED into these Tumbaga Bars!
​
The “Tumbaga” Shipwreck ca. 1528 off Grand Bahama Island and contained a total of 194 BARS (read more below). Each Bar was = given a Tag # and this specific over 12lb Bar is Tag # M-93 and is LARGE, measures 37”L x 10”w x 2.75” thick. This BAR has TWO Partial “Tax Stamps.” Other markings include: Y813 S, U1R1 L XXV, NIIIxx LX (on bottom). These BARS were discovered in 1992 and have enjoyed continual growth in demand and importance. Tumbaga is a Spanish word defining the alloy mixture of Gold and copper, but over time has transformed into mostly Silver in combination of Gold and Copper. When the Spanish Conquistadors (Herman Cortez) conquered the New Americas the took early artifacts (made of Gold and Silver) and melted them together to form “Tumbaga ingots” for shipment back to Spain. Just imagine the Artifacts and Relics created by the Native Americans (Aztecs), reflecting their History and Religion, fascinating and in some way still appreciated in these new Artifacts (Tumbaga Bars). These Bars were virtually unknown until the 1992 Bahamas Discovery of approx 200 pieces (in total). The portions of Tax Stamps give us insight of the time period (since the Shipwreck is Unknown still to this day). The stamps on the Bars reflect the name of Charles V of the Holy Roman Empire (Charles 1 of Spain), deriving the period of as early as 1521 but no later than 1556. A majority of the bars were struck “B~Vo” inside the monogram (with wavy line above the B and the o above the V), which would most likely be the mark of Bernardino Vasquez (documented assayer for “Hernando Cortes” himself (the Spanish Conquistador of Mexico). Deducting that these bars are almost certainly of Mexican orgin from the very early years of Charles V reign ca. 1525. Also, included in the markings are the Assayer’s mark and the Fineness and Serial numbers. Each Bar was also sampled by the Assayer to confirm fineness, this sampling (or Assayer Scoop) was retained by the Assayer as his compensation (in this particular case, Vasquez ~ for Conquistador CORTEZ)! What a privilege that we have to own such pieces of history, literally the conquest of Mexico by CORTEZ himself and melted down the Indians Artifacts in BARS, that we now, almost 500 YEARS later can enjoy! 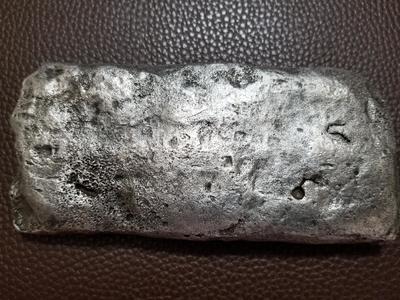 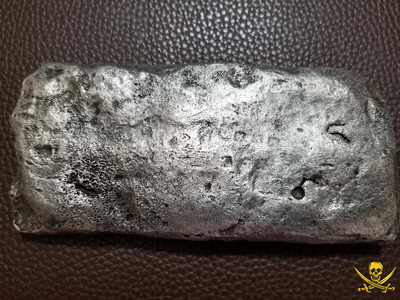 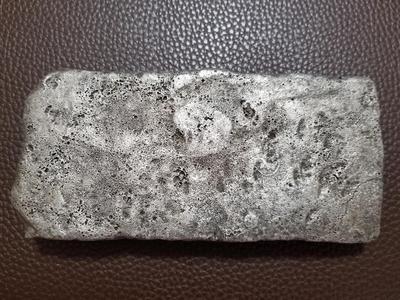 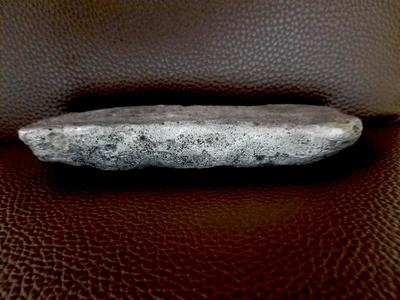 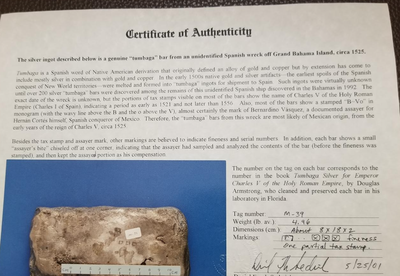