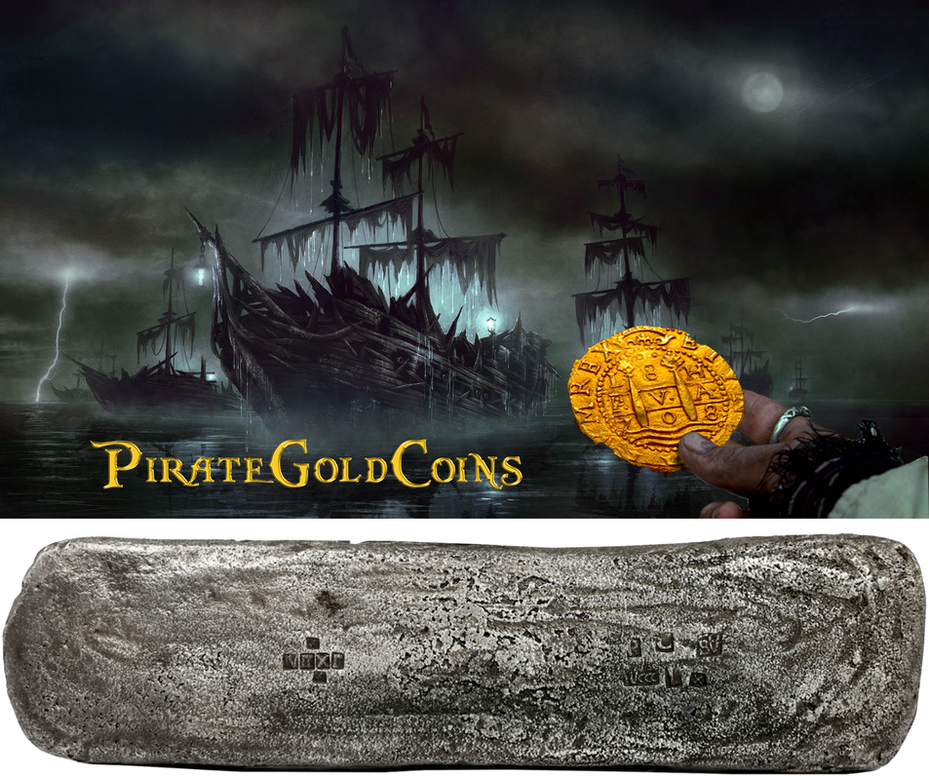 Click above image to view in eBay store
TUMBAGA 1528 SHIPWRECK "CORTES ~ AZTECS" Shipwreck Silver Bar 8+ lbs. around, lol. It's the perfect size to enjoy and share with friends and other collectors.

This 1528 TUMBAGA SHIPWRECK "CORTES ~ AZTEC's" Silver BAR is weighs Over 8 lbs (8.07lbs) and measures out at a 13.5 - 14" long x 3.5wide x 3/4” thick. It has a fineness of 1360/2400 & 1240/2400 (yes, there are TWO (2) FINESSS markings by 2 Assayers! Assayer "B~Vo. This BAR also has a partial circular TAX STAMP towards right end of bar. The circular "Tax Stamp" reads "CAROLVS QVINTVS EMPERATOR" for Charles V (Holy Roman Empire), who was also Charles I of SPAIN, son of Queen Joanna. This Bar also has clear markings of it's Serial #(RC) as well! The Assayer's "Bite" is diagonal in corner. This EXACT BAR is featured in TWO (2) published Books, one in Color! I've seen many of these bars and have done extensive research and this particular bar has far and away the BEST markings I've seen!1
*** OVER 3.5 MILLION in Traffic MONTHLY in eBay store! ****

Long Before there were Spanish Treasure Fleets & Armadas (Flotillas), the Spanish Conquistador "Hernan Cortes" and his soldiers ravaged the Native American's Gold & Silver Treasures. Lost to History, the beautiful figurines were melted down into these VERY BARS for easier transportation back to Spain. Many of these Bars still display portions of these Artifacts with remnants sticking out of the bars, as if to reach out of the fires (smelters) grips to escape their destiny.
TUMBAGA BARS were discovered from the Sunken Shipwreck of 1528 off the Grand Bahama Island. Fortunately this discovery has allowed the collecting community to hold in their hands nearly 500 Years later this very AZTECH Artifacts smelted down into these beautiful bars.

In 1519 Hernando Cortes and his fleet of 11 ships left Cuba bound for Spain. His ships carried approx. 600 men, dozens of crossbows, almost a dozen bronze cannons and about 600 sailors. The Spanish King, Charles V, desperately needed funds to finance the war against the French and encouraged Spaniards to conduct trade with the Natives of the new America, in order to earn his quints (1/5th). What started out as friendly trade soon turned into enslaving the natives and steeling their precious artifacts and horrifyingly killing most of the natives and overthrowing the Aztec Empire. Upon which time he was awarded the title (from the King of Spain) as Marques del Valle de Oaxaca (the more prestigious title of Viceroy was given to a high ranking nobleman, Antonio de Mendoza. But, his success of overthrowing the Aztecs saved him from being arrested, as the Governor of Cuba had attempted by sending soldiers to do so, Cortes fought them and won that battle as well. Cortes would return back to Spain in 1541, where he died six years later of natural causes.
TUMBAGA 1528 SHIPWRECK "CORTES ~ AZTECS" Shipwreck Silver Bar 8+ lbs. 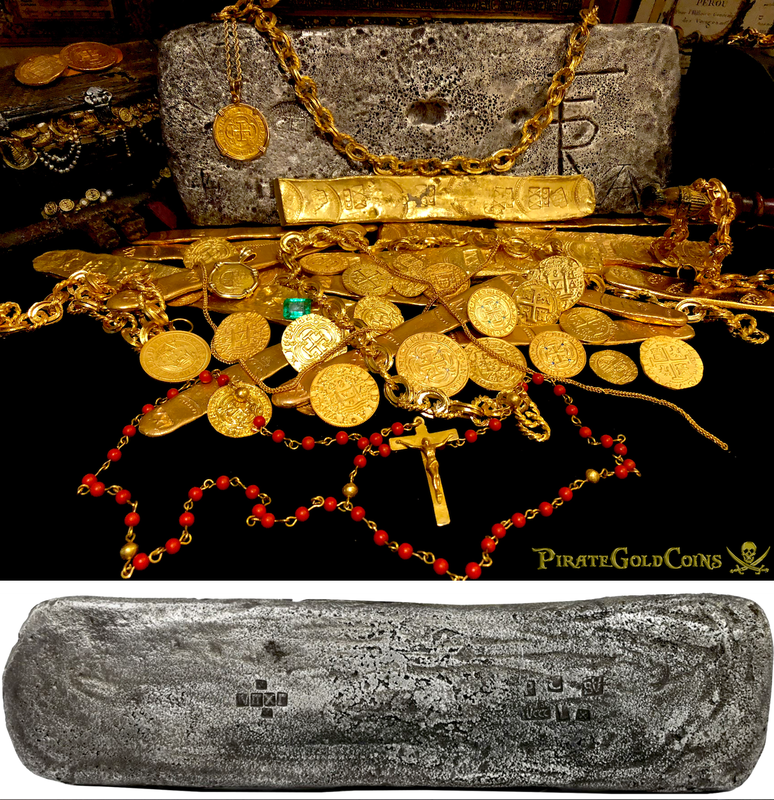 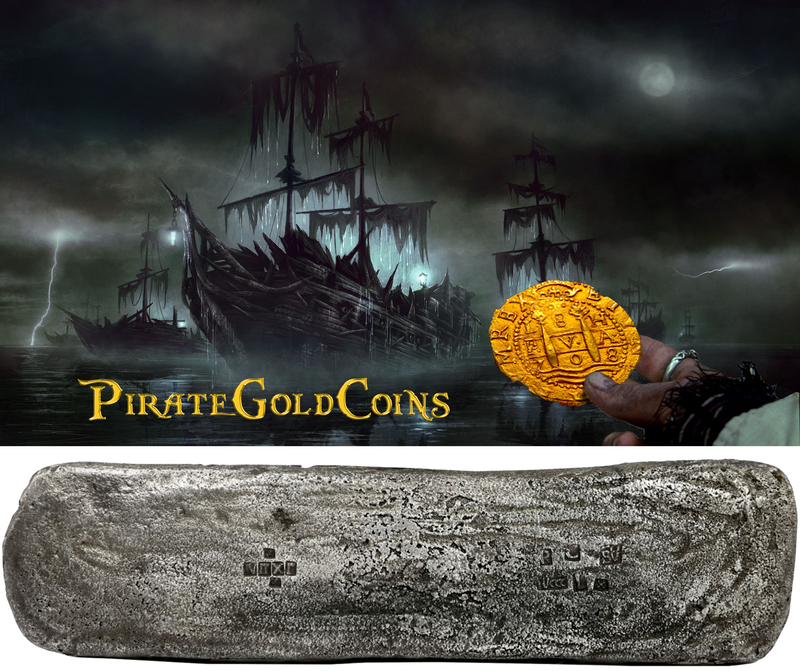 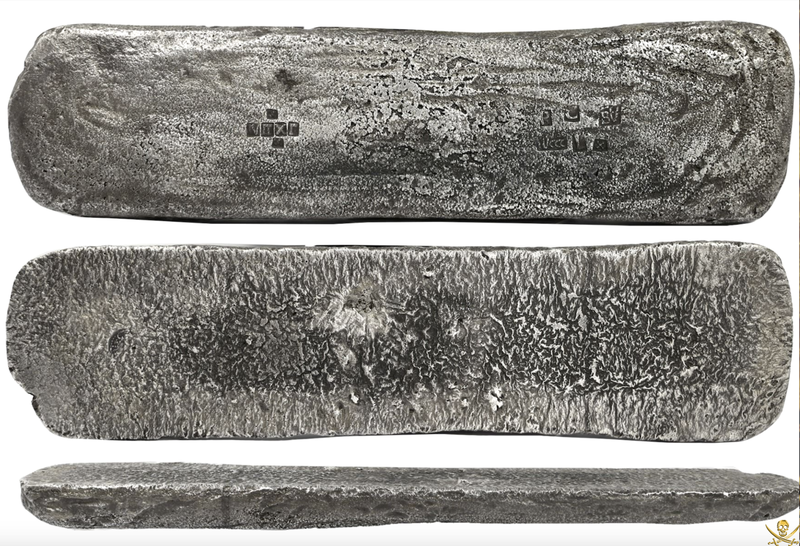 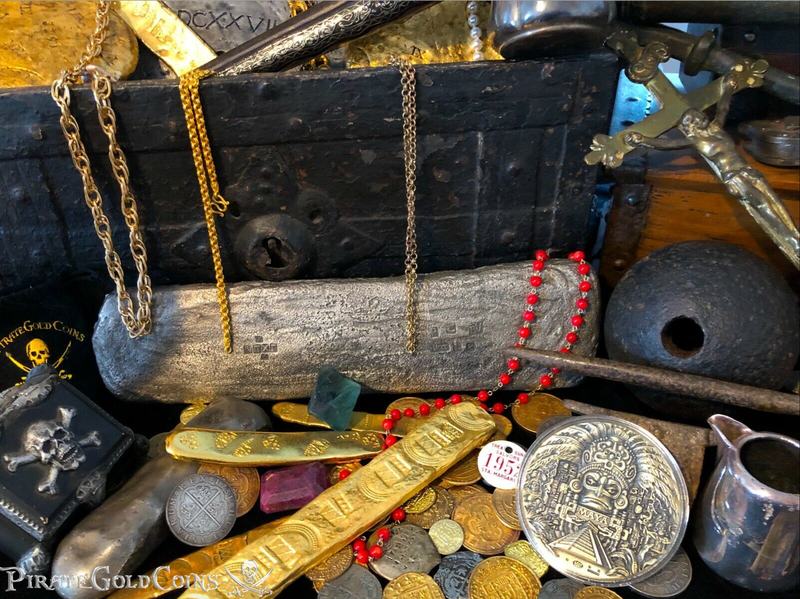 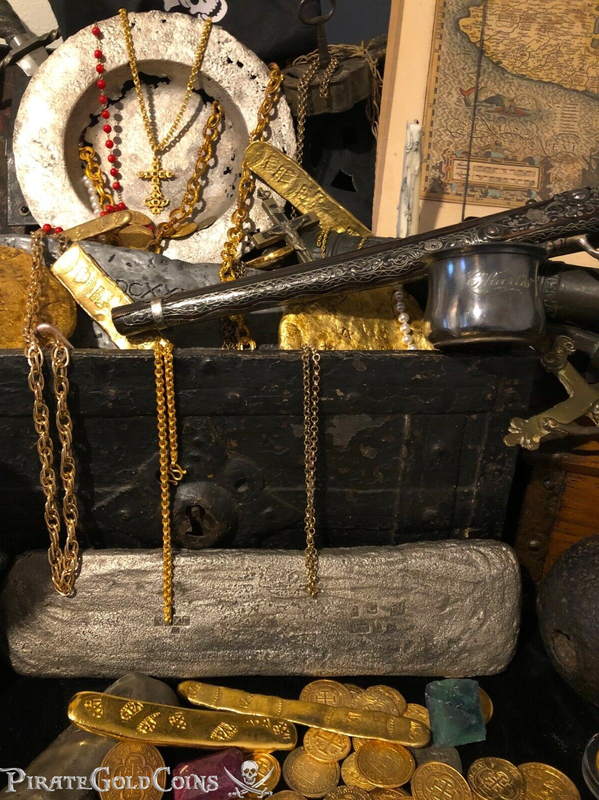 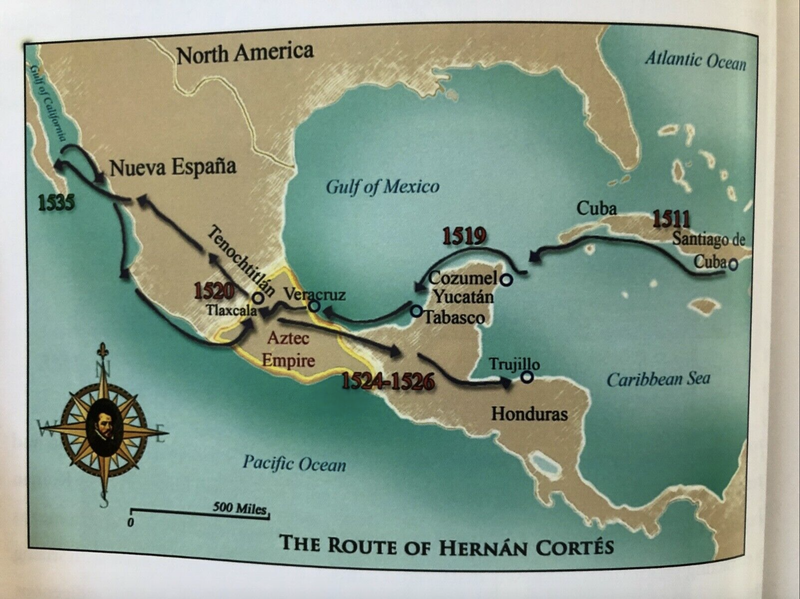 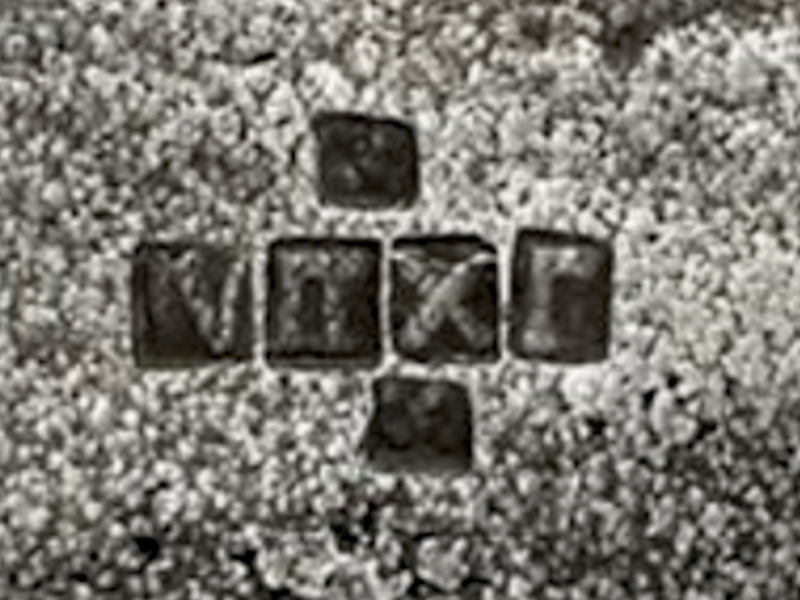 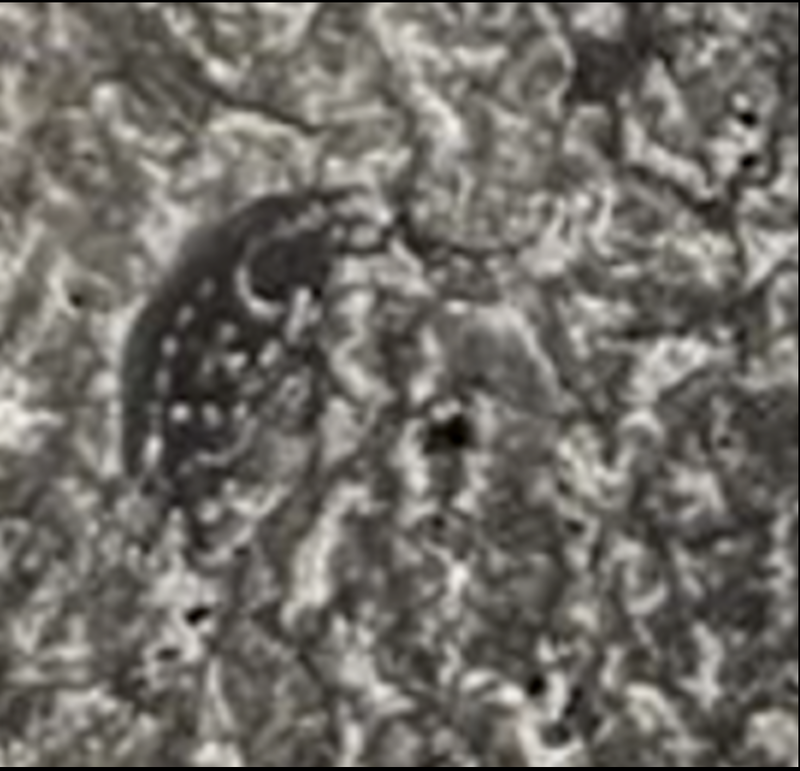 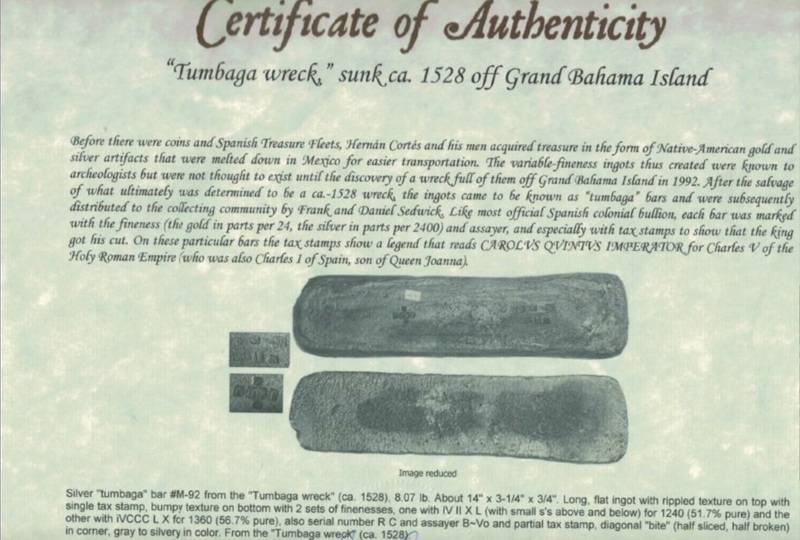