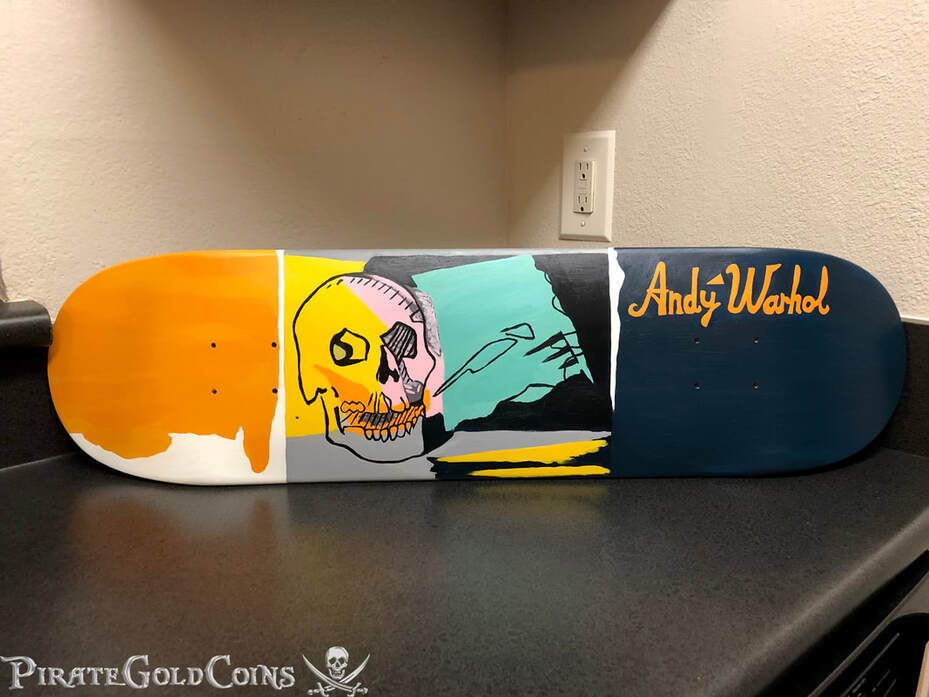 Click above image to view in eBay store
Treasure Paintings by JR Bissell A Pirate Rendition of Andy Warhol into a skateboard display titled "Warhol Skull" by JR Bissell.

After he was shot and critically injured in 1968, Warhol became even more obsessed with the theme of death than he had been previously. The skull, a traditional symbol of mortality, is repeated six times, with the impenetrable darkness of the hollow eye sockets echoed in each image. The shadow cast by the skull resembles a baby’s profile, although whether this was intentional is unknown as Warhol did not take the photograph that the screenprint is based on. It seems unlikely, however, that this effective combination of both life and death would escape Warhol’s sharp gaze. In contrast to the sinister subject, the colours are vibrant. Perhaps Warhol is attempting to acknowledge that death is not something to be feared but instead, should be accepted as part of life.
​
Andy Warhol’s iconic ten-part silkscreen Skulls (1976) offers a vivid memento mori, its bold palette at odds with its morbid content. The work expresses Warhol’s notion of death as the blank afterimage of life, rather than as a melancholy fate. The artist’s assistant Ronnie Cutrone once commented that to paint a skull is “to paint the portrait of everybody in the world.” 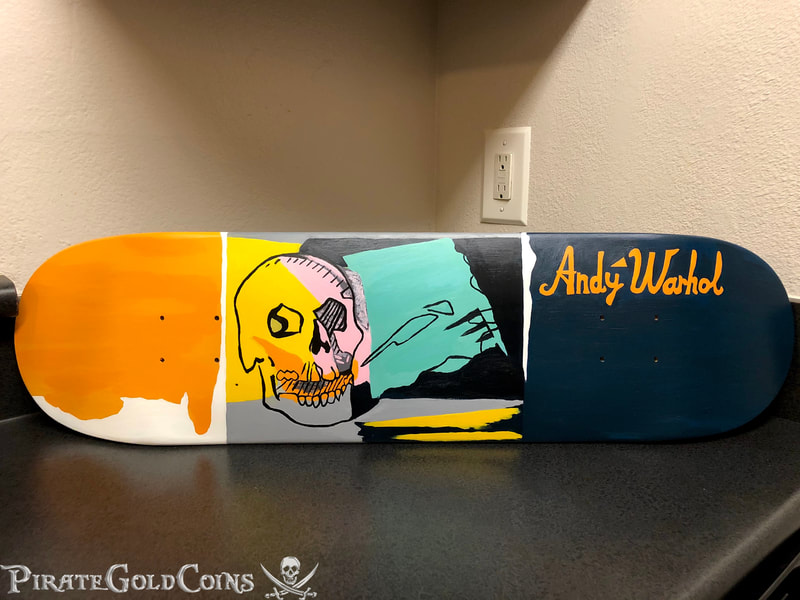 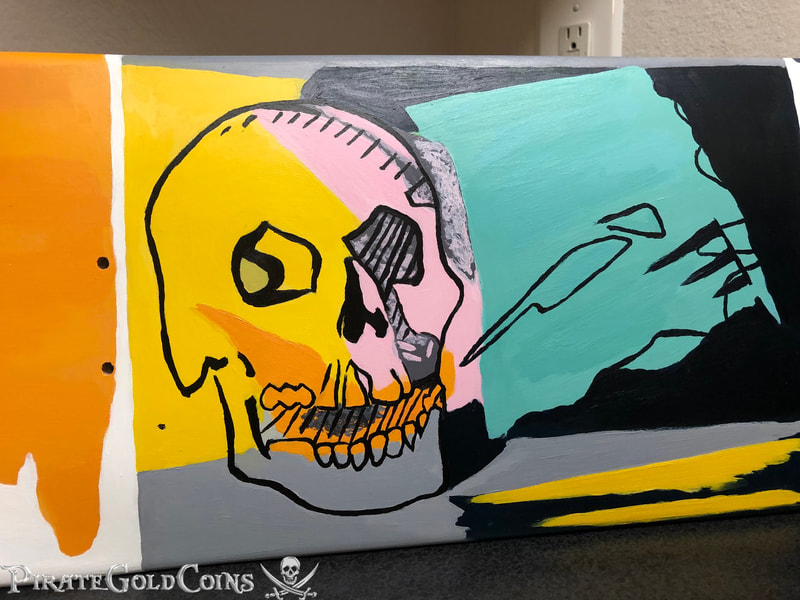 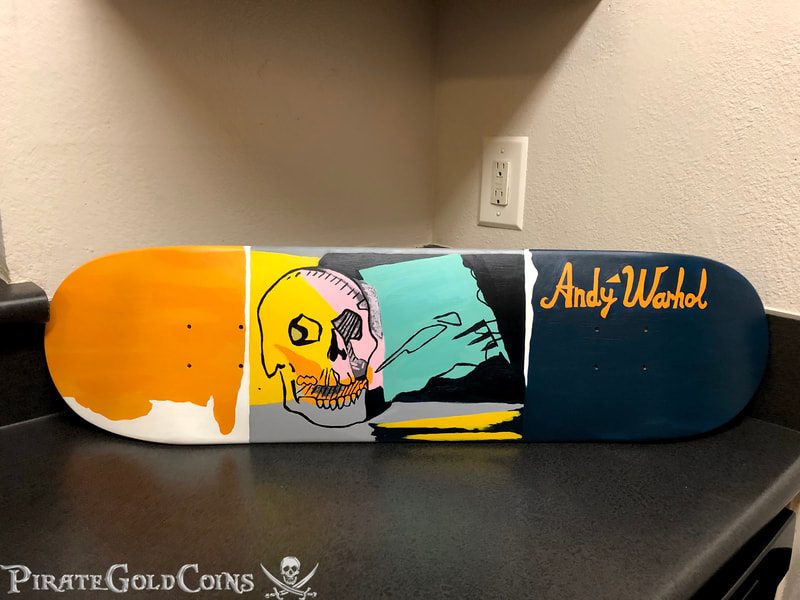 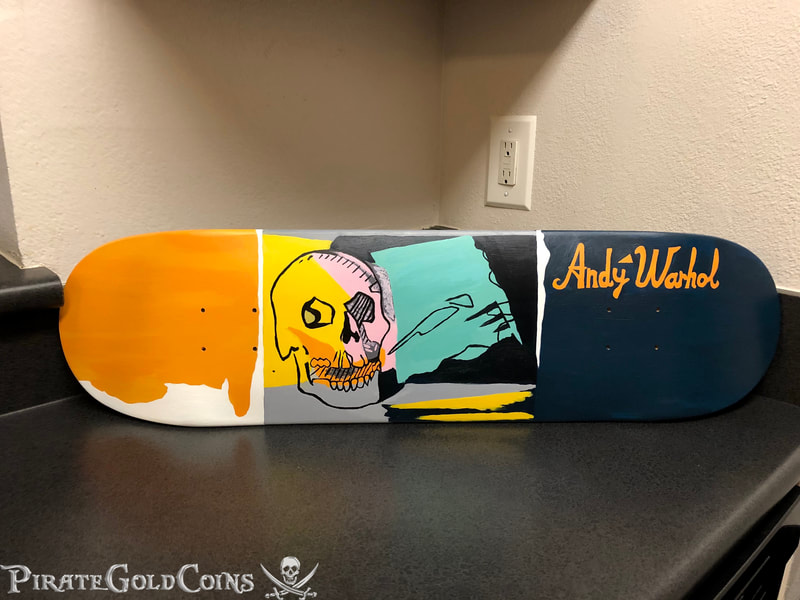 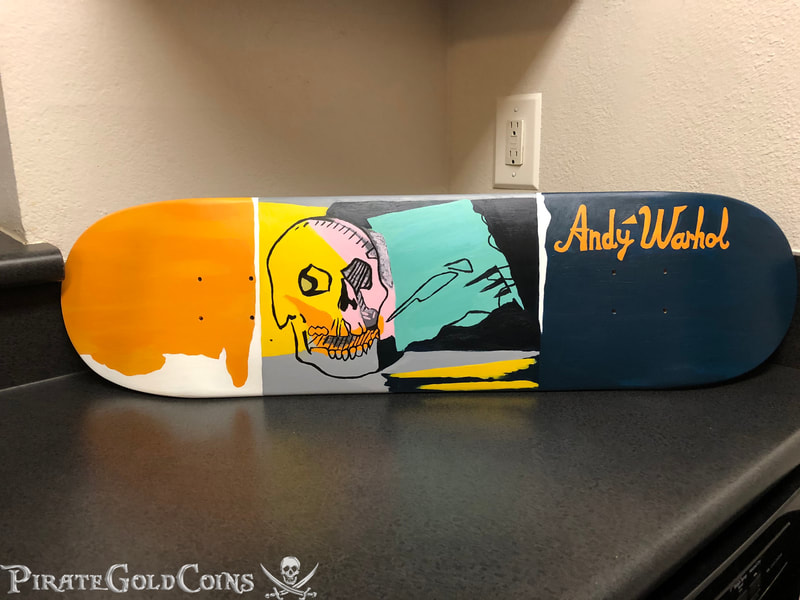 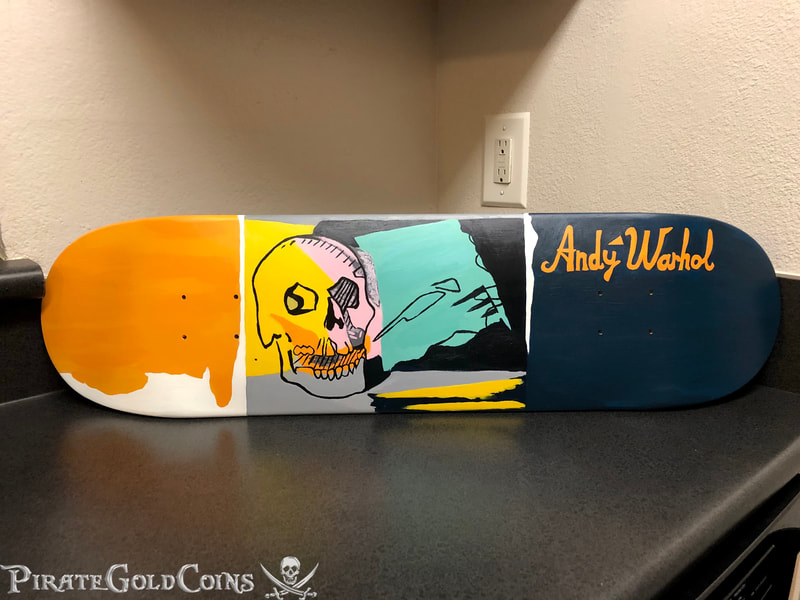 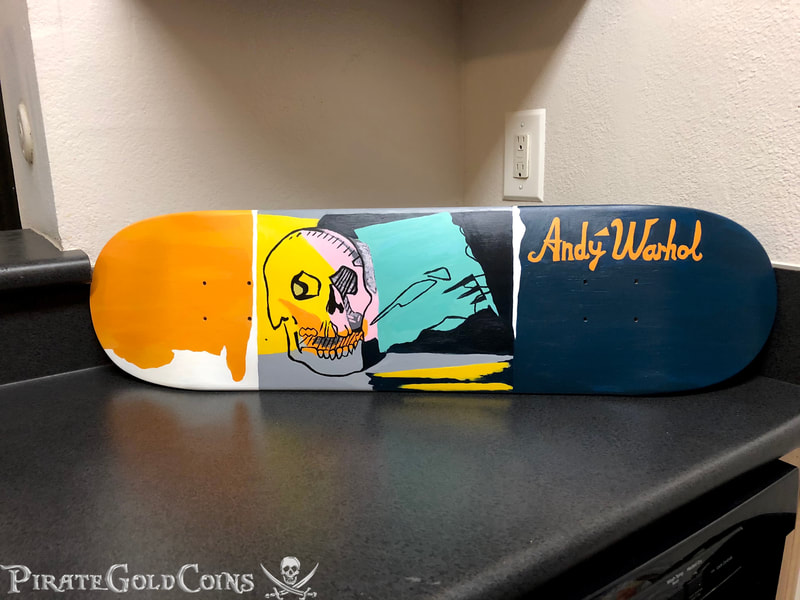 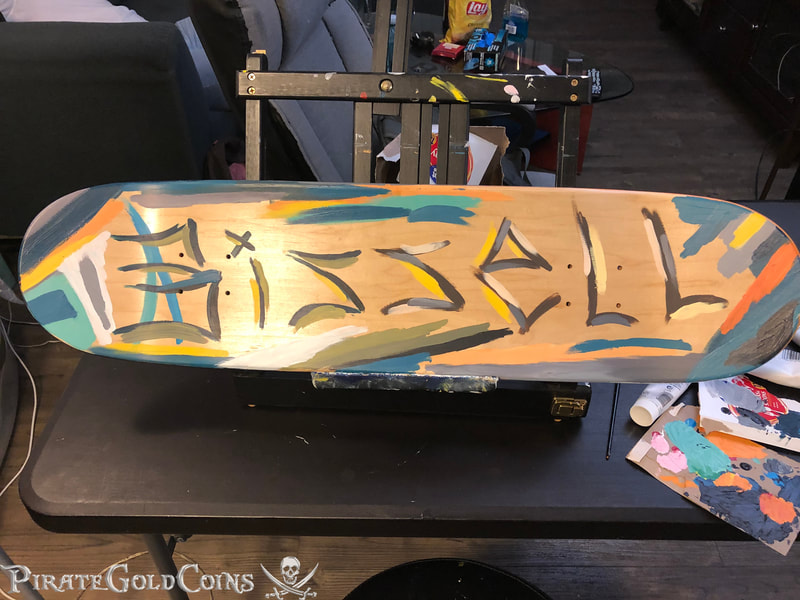