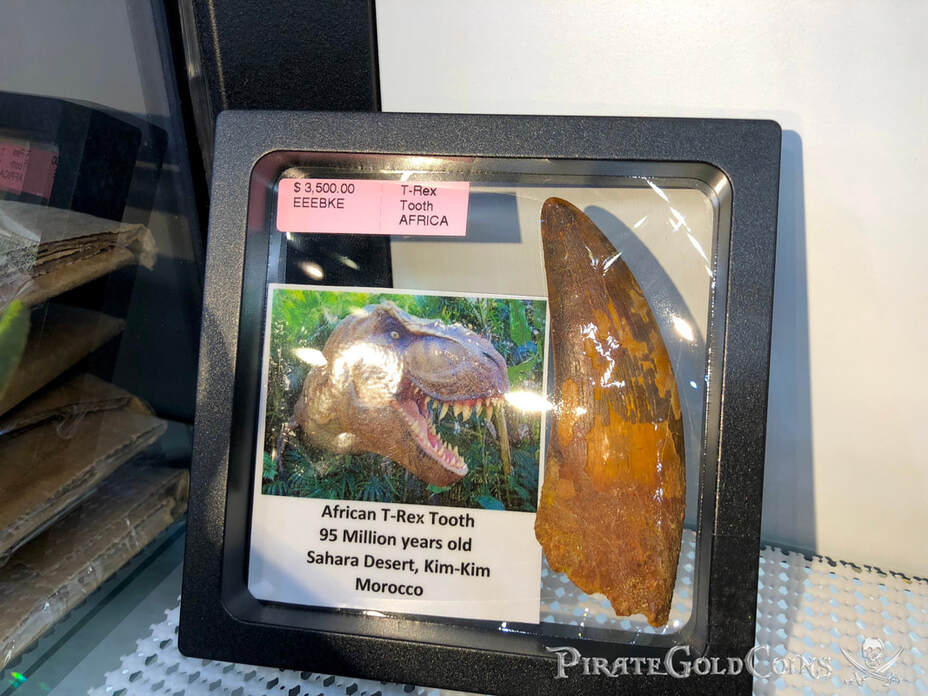 Click above image to view in eBay store
Pirate Gold Coins Treasures of the Jurassic: "False T-Rex Tooth- T-Rex of Africa" Carcharodontosaurus (Sticker $3,500) Carcharodontosaurus is a genus of carnivorous carcharodontosaurid dinosaurs that existed during the Cenomanian stage of the mid-Cretaceous Period. It is currently known to include two species: C. saharicus and C. iguidensis, which were among the larger theropods, nearly as large as or even larger than Tyrannosaurus, Giganotosaurus and Spinosaurus. The genus Carcharodontosaurus is named after the shark genus Carcharodon, itself composed of the Greek karchar[os] (κ?ρχαρος, meaning "jagged" or "sharp") and od?n (?δ?ν, "teeth"), and the suffix -saurus ("lizard"). In 1924, two teeth were found in the Continental intercalaire of Algeria, showing what were at the time unique characteristics. These teeth were described by Depéret and Savornin (1925) as representing a new taxon, which they named Megalosaurus saharicus and later categorized in the subgenus Dryptosaurus. Some years later, paleontologist Ernst Stromer described the remains of a partial skull and skeleton from Cenomanian aged rocks in the Bahariya Formation of Egypt (Stromer, 1931); originally excavated in 1914, the remains consisted of a partial skull, teeth, vertebrae, claw bones and assorted hip and leg bones. The teeth in this new finding matched the characteristics of those described by Depéret and Savornin, which led to Stromer conserving the species name saharicus but finding it necessary to erect a new genus for this species, Carcharodontosaurus, for their strong resemblance to the teeth of Carcharodon (Great white shark). The fossils described by Stromer were destroyed in 1944 during World War II, but a new, more complete skull was found in the Kem Kem Formation of Morocco during an expedition led by paleontologist Paul Sereno in 1995, near the Algerian border and the locality where the teeth described by Depéret and Savornin (1925) were found. The teeth found with this new skull matched those described by Depéret and Savornin (1925) and Stromer (1931); the rest of the skull also matched that described by Stromer. This new skull was designated as the neotype by Brusatte and Sereno (2007) who also described a second species of Carcharodontosaurus, C. iguidensis from the Echkar Formation of Niger, differing from C. saharicus in aspects of the maxilla and braincase. 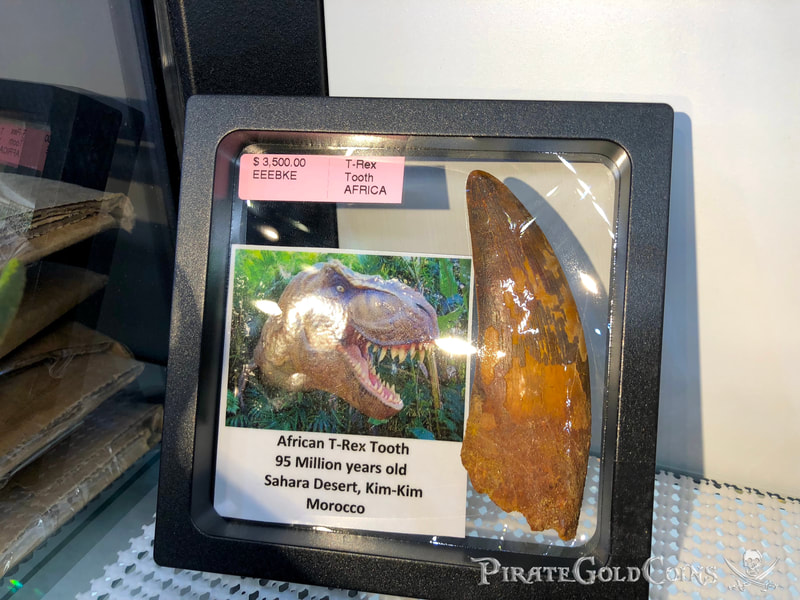 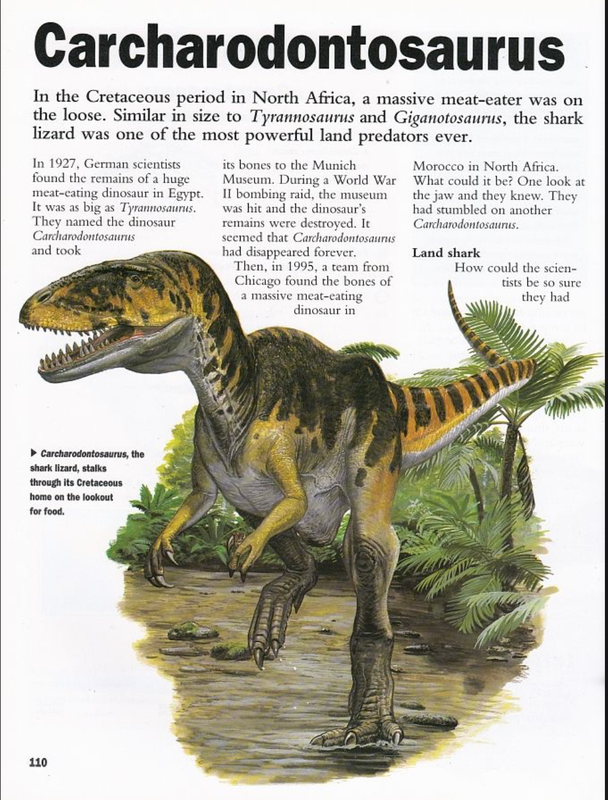