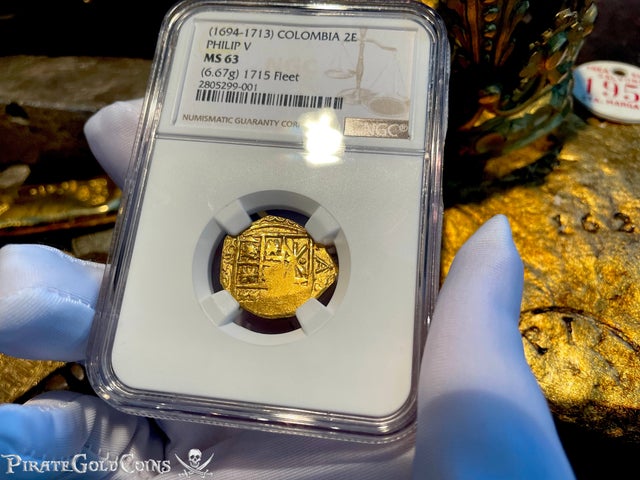 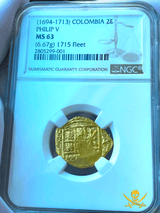 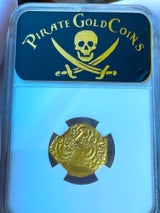 Colombia 2 Escudos 1694-1713 "1715 Plate Fleet Shipwreck" NGC 63 This gorgeous 1694-1713 is Nicely Centered (and complete) CROSS. Strong and clean strike on the Shield side making the details extremely visible! Most importantly, this piece is Fully Certified and Designated on Holder with it’s origins from the Famed “1715 PLATE FLEET” Shipwreck!!! It also has the King's Ordinal 'CA' visible!