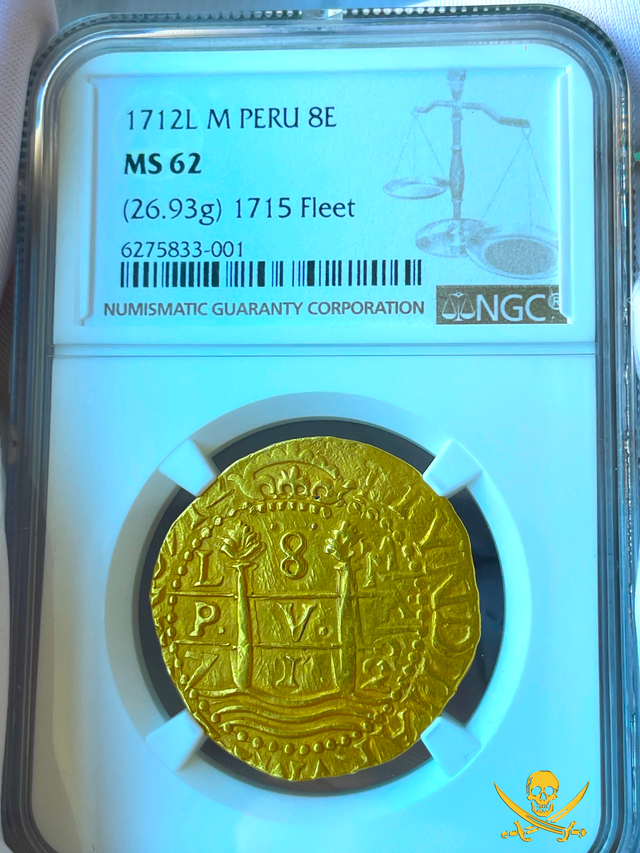 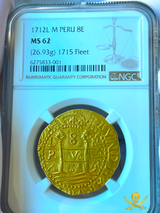 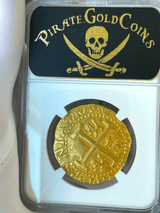 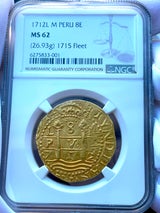 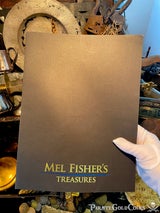 Peru 8 Escudos 1712 "1715 Fleet Shipwreck" NGC 62!! Double Dated!!! Full Pillars and FULL CROWN!!! This beautiful Gold Doubloon even has a majority of it's Legends, since it's such a large planchet. A trophy piece sure to please the most discriminate of Collectors.