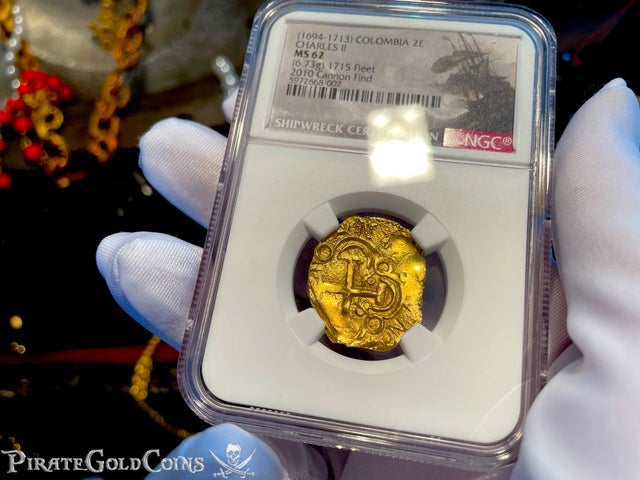 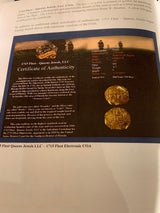 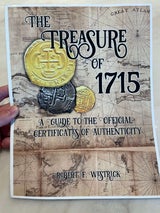 This very special piece was discovered in the 2010 Cannon find, see gallery pictures showing the Cannon.

There were 24 coins (most were 1 Escudos) found inside the Cannon bore hole after conservation. 1715 FLEET CANNON coin is extremely large for a 2 Escudos and displays the Full Cross & Shield as well as partial Legends. The Luster is incredible. I very rarely say this, but this Doubloon is severely under graded in my opinion (looks to be at minimum a 64)! The CANNON discovery was on July 11, 2010 in 16' of water. There were 22 gold 2 Escudos found laying next to the bronze swivel cannon and another 25 Gold 2 Escudos discovered inside the bore hole (once conservation was complete).