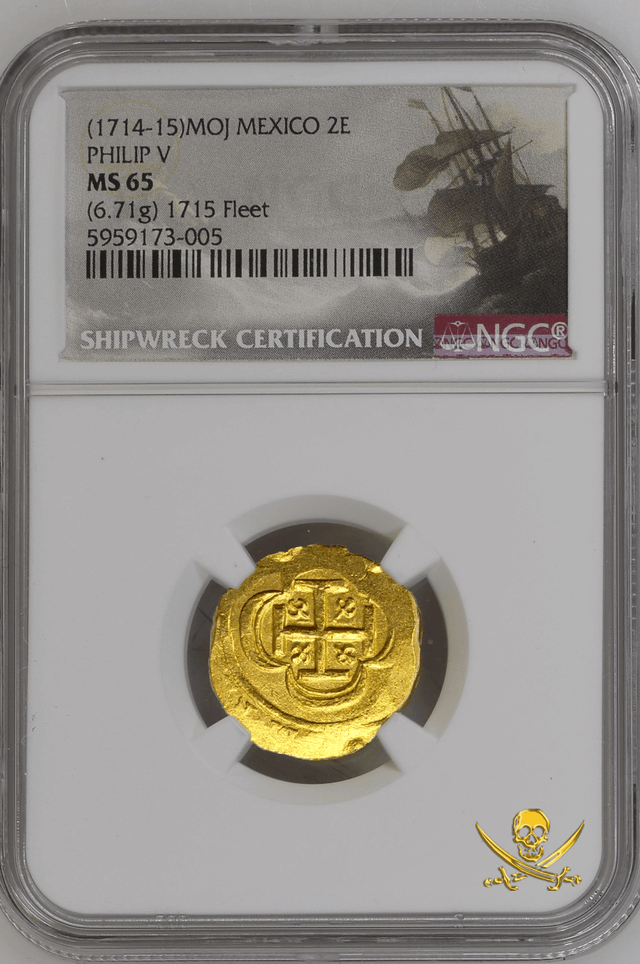 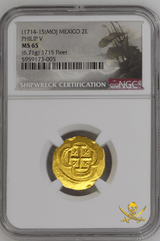 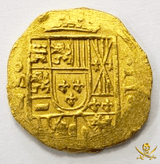 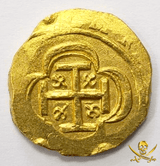 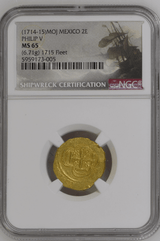 This GEM NGC 65 Gold Doubloon 2 Escudos comes with the Rare "REAL EIGHT" COA! Hand signed by Lou Ullian (founding member of Real Eight) as well as a Full diagram of the coin and the year it was discovered. It would appear this was Lou's personal coin / in his collection as we haven't seen such a descriptive COA in the past, ever.

This Gold piece has Excellent Luster (as consummate with the grade Gem 65), as well as nearly perfect Centering of the Cross. The Shield is 100% visible as well as the Mint and Assayer and even a partial Crown! Certainly a Trophy piece for any collection!