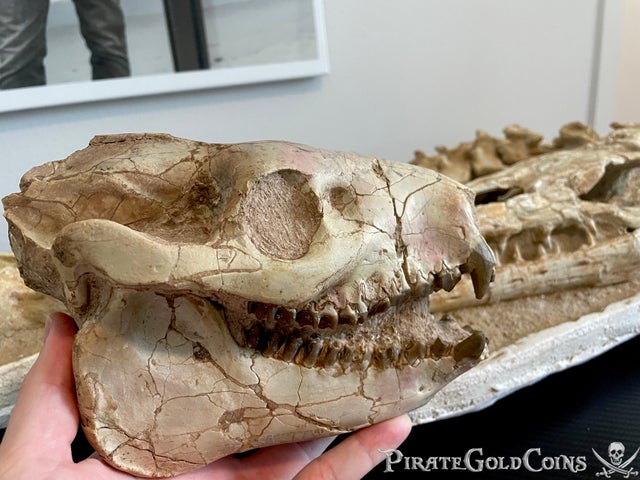 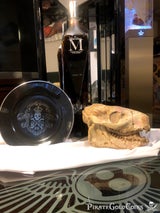 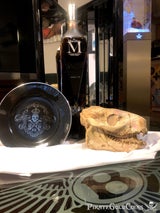 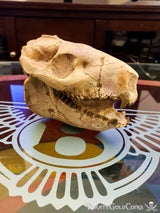 Pirate Gold Coins Treasures of the Jurassic: (Very Large Head) Merycoidodontidae (Merycoidodon culbertsonii common species, with a large head, dubbed "prairie potatoes" Merycoidodontoidea, sometimes called "oreodonts" or "ruminating hogs", is an extinct superfamily of prehistoric cud-chewing artiodactyls with short faces and fang-like canine teeth. As their name implies, some of the better known forms were generally hog-like, and the group has traditionally been placed within the Suina (pigs, peccaries and their ancestors), though some recent work suggests they may have been more closely related to camels.

"Oreodont" means "mountain teeth", referring to the appearance of the molars. Most oreodonts were sheep-sized, though some genera grew to the size of cattle. They were heavy-bodied, with short four-toed hooves and comparatively long tails. The animals would have looked rather pig- or sheep-like, but features of their teeth indicate they were more closely related to camelids. They were most likely woodland and grassland browsers, and were widespread in North America during the Oligocene and Miocene. Later forms diversified to suit a range of different habitats. For example, Promerycochoerus had adaptations suggesting a semiamphibious lifestyle, similar to that of modern hippos.