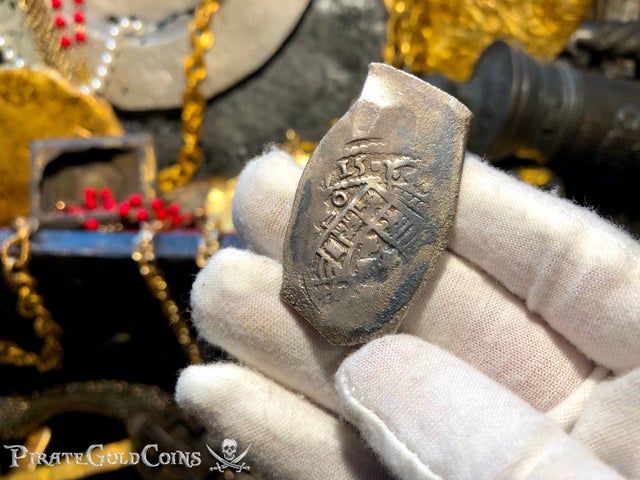 There’s even Salvage Legend above the date and the DATE, which is nicely nestled inside of the Inner and outer Dots circumference. There’s even part of the Shield, Crown and the Mint (oM) Assayer not showing. The Reverse shows approx. 80% of the CROSS and LIONS & CASTLES (even part of the Tressure is clearly visible). I love the Sediment still attached and that these Original Salvagers left the coin Original. Weighs 25.09gm! (Today can be your Day!).