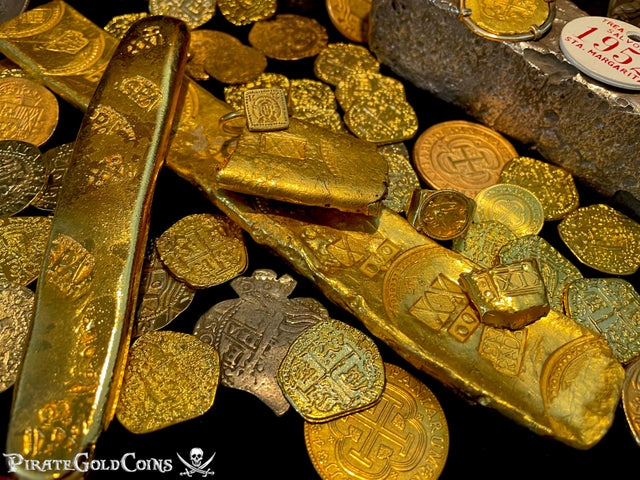 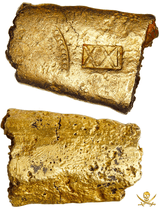 Colombian gold bar segment, 142.38 grams, with markings of fineness XXI (21K) and tax stamp, ex-Atocha (1622), pre-Mother Lode (1982). Roughly 1-1/2" x 1". Interior segment (broken at both ends, not chisel-cut, with traces of dark brown encrustation in the crevices) with bold fineness stamp showing raised XXI inside box and partial circular tax stamp (just an arc of dots) but lacking the assayer/foundry cartouche, no doubt located elsewhere on the original ingot, that identified the mine in Colombia where the bar was cast and assayed. In addition to this ingot's desirability as one of the first few found on the Atocha, it is interesting to note that its intentional (cut) size equates to almost exactly 5-1/4 cob 8 escudos. From the Atocha (1622), with MEL FISHER photo-certificate #A82-5001.