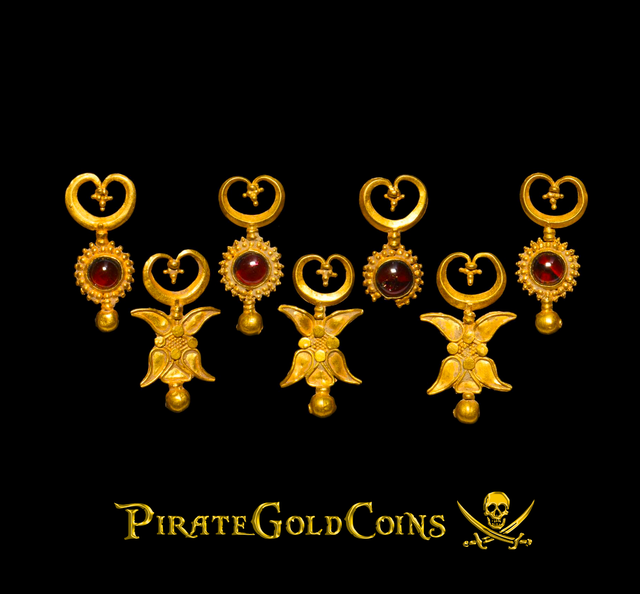 Ex property of a London lady; formerly from the David Lindhal collection since 1969; accompanied by an independent specialist report and valuation by graduate gemologist and jewelry expert Anna Rogers, GIA GG, BA, Gem-A, ref. no. 169983/07/12/2020.

The period of the Hunnish-Hephtalite domination in Bactria and Hindu Kush was rich in wonderful artifacts fabricated with gold sheet and wire, engraved and inlaid. Many objects were made with granulation and carved with cabochon garnets or flat-cut garnets, sometimes decorated with twisted wires. In this borderland province of the Sassanian Empire, the new Hunnic and Turkic invaders added to the previous artistic shapes the decoration of golden objects with brightly colored stones, fruit of the symbiosis among the Nomad Art of the Steppe (like Scythian and Sarmatian) with the Kushans, Greek, Roman, Iranian and Indian artistic tradition.