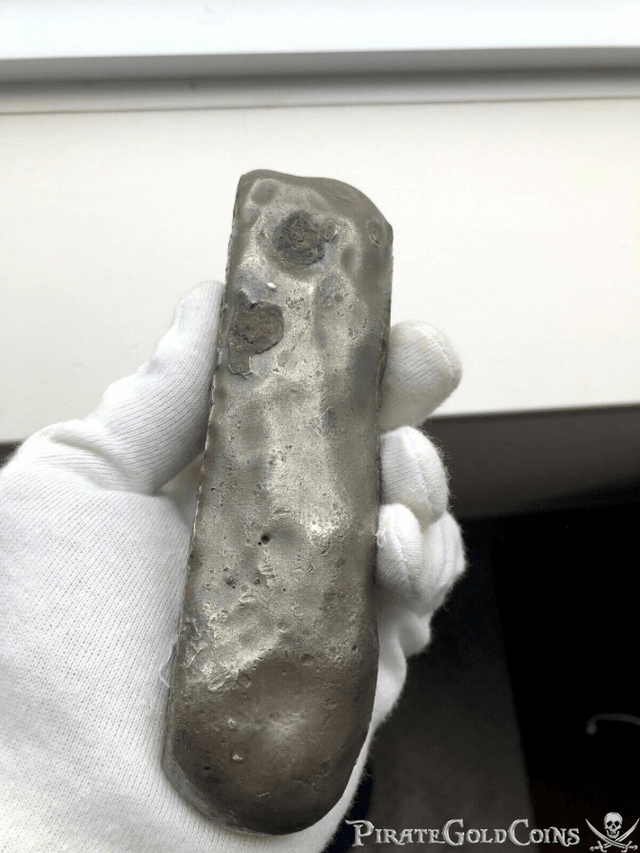 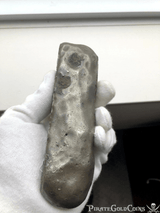 The Bredenhoff sunk off of Mozambique, East Africa in 1753. It was destined for India with Copper Duits (14 Barrels of them), and (29) TWENTY - NINE CHESTS OF SILBER BARS! Along with One Chest of Gold Ducats. Tragedy struck just 13 miles from the eastern coast of Africa and 120 miles south of the settlement of Mozambique. She struck a reef and to lighten the Galleon's load, they attempted to unload the (these very) Silver Bars to the shore, but were unsuccessful. The Chest of Gold Ducats did make it to Mozambique (survived the trip by officer). The Copper Duits were also lost at sea.

These BARS were forged, and later used to strike "Pieces of Eight!" The Dutch East India Trading Co., which was the first Company formed and the Wealthiest on the Planet – today’s values would have put this company’s market Cap at over $3 Trillion (or 3 Apple co’s), they controlled the East Routes and the Trade for most of the World. There are typical depressions with several bias–cuts for adjustment and Assaying. Nicely toned all over. This TREASURE BAR from a 1753 Shipwreck is a piece of History that sailed the Seas and Trading Routes in the Era of Pirates!xx