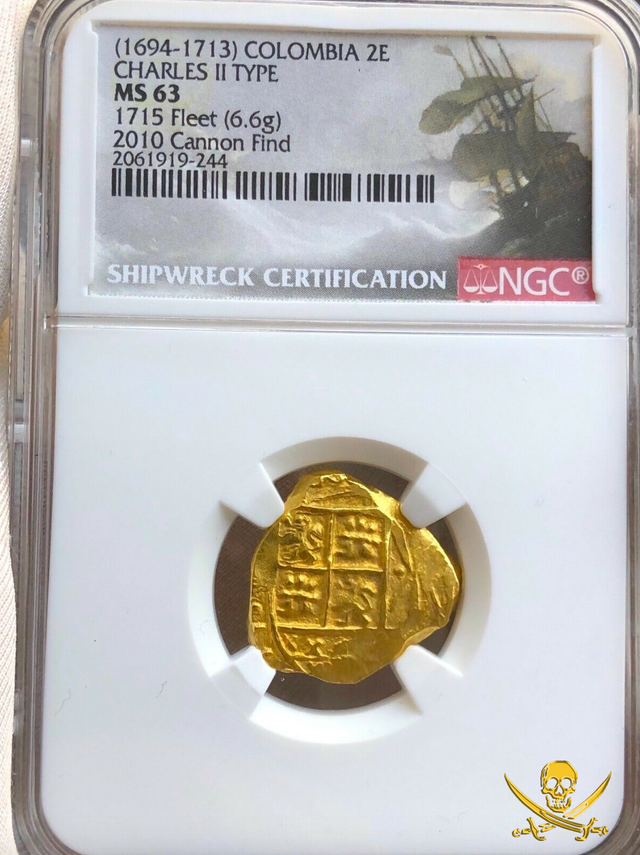 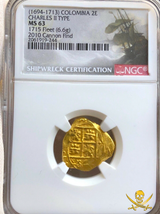 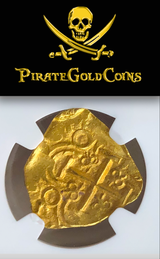 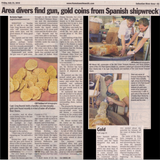 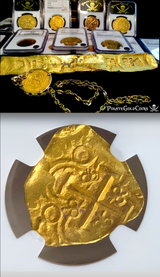 The CANNON discovery was on July 11, 2010 in 16' of water. There were 22 gold 2 Escudos found laying next to the bronze swivel cannon and another 25 Gold 2 Escudos discovered inside the bore hole (once conservation was complete). This was indeed the ONLY Cannon found from 1715 Fleet Wreck!

This breathtaking “1715 FLEET” GOLD COB was discovered back in 2010 (Ship: Gold Hound) Assayer NV, Mint Santa Fe de Bogota. The color is just stunning – a deep rich butterscotch Buttery LUSTER is emanating from the entire piece, with underlying Shipwreck Toning . The CROSS is fully displayed, with NO doubling. It’s a Full Bold Cross.X

This sunken fleet of Galleons is still giving up her Treasure! In 2010 the claim owners discovered the only bronze swivel gun ever found on the 1715 Fleet. Tucked away inside this the bronze cannon were 51 Gold Escudos and 40 Silver Reales. Shortly after was another discovery of the most amazing artifact, the “Pelican in Piety,” worth $885,000. Then in July 2014, the claim owners crew recovered another 51 Gold escudos valued at $300,000. Most recently, another find of 50 Feet of Gold Chain and 5 additional Gold escudos were just recovered, approx.. $300,000 in value