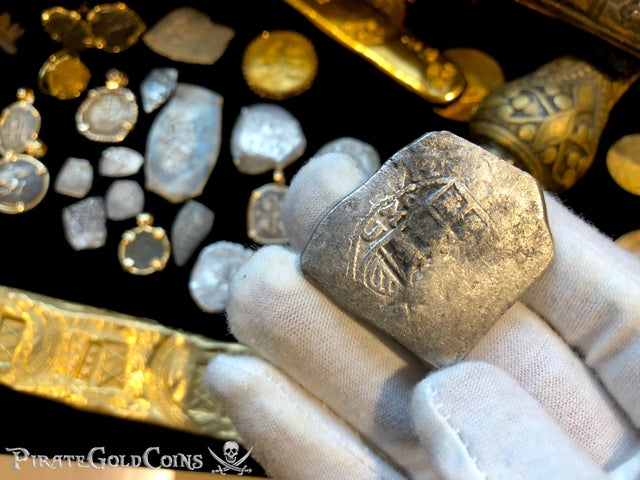 Mexico 8 Reales 1712 "Dated!! From the 1715 Flet Shipwreck!" RAW and will be putting into jewelry but wanted to give people a chance before we put a bezel on this piece! 25.96 grams. Very Large Flan/ Planchet with a full date and very bold oMJ, no corrosion! Comes with original Real Eight Co. certificate signed by Lous Ullian!