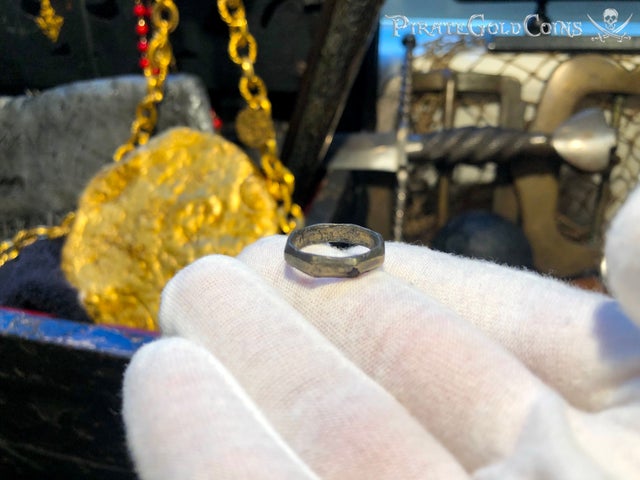 Wow, this ring is really nice, circa early 1700’s and comes with the actual diver’s tag (from the State of FL). It’s struck out of Bronze and is approx. size #6 (can easily be enlarged). This appears to be a very early discovery piece and certainly has the “Pirate Look!” An incredible Artifact that can actually still be worn daily ~ pretty cool, wearing Shipwreck Treasure from 300 years ago!