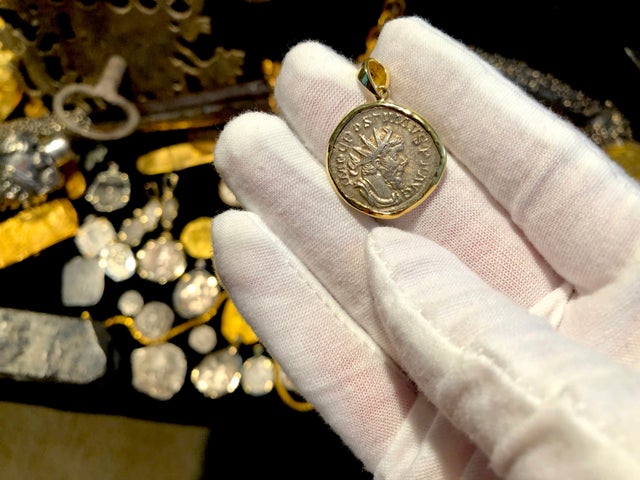 Marcus Cassianius Latinius Postumus was a Roman commander of Batavian origin who ruled as Emperor in the West. The Roman army in Gaul threw off its allegiance to Gallienus around the year 260, and Postumus assumed the title and powers of Emperor in the provinces of Gaul, Germania, Britannia and Hispania, thereby founding what scholars have dubbed the Gallic Empire. He ruled for the better part of ten years before he was murdered by his own troops.