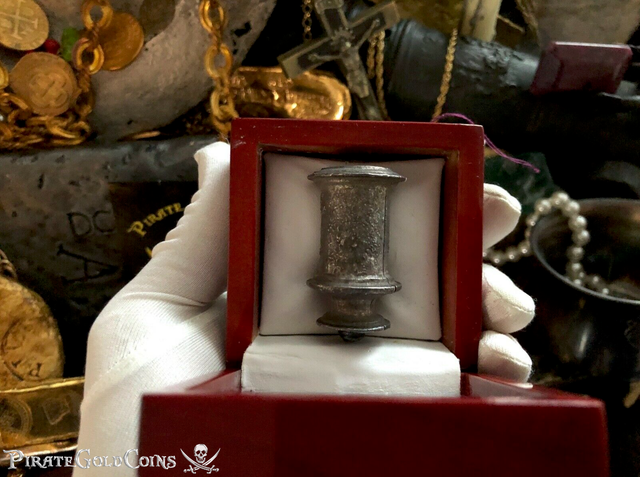 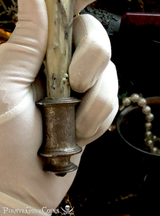 This Artifact was discovered at the famous "CABIN WRECK" site of the 1715 FLEET. It weighs in at 50.2gm and measures at 45mm (1.5" tall). TAG #68174, with the highest of pedigree / documentation. Extremely RARE, being from the 1715 FLEET Shipwreck! This very Candle stick provided the light required on the Galleon that sunk at the Cabin wreck site, for both navigation and everyday life on long voyages.