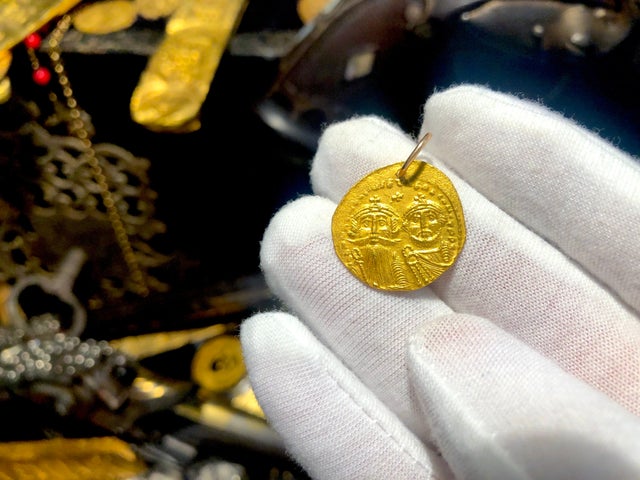 Byzantine Empire: Heraclius (AD 613-641) and Heraclius Constantine AV Solidus (21mm) NGC Choice AU. Constantinople, 7th officina, AD 629-631. Facing busts of Heraclius (on left) wearing long mustache and beard, and Heraclius Constantine (on right) wearing short mustache and beard, each wearing simple cown and chlamys; cross above/ between them. It's just incredible a coin from 613AD can still have such insanely crisp details! The Beard is absolutely prestine, it looks as though it was struck yesterday! You can still see the details in the eyes!