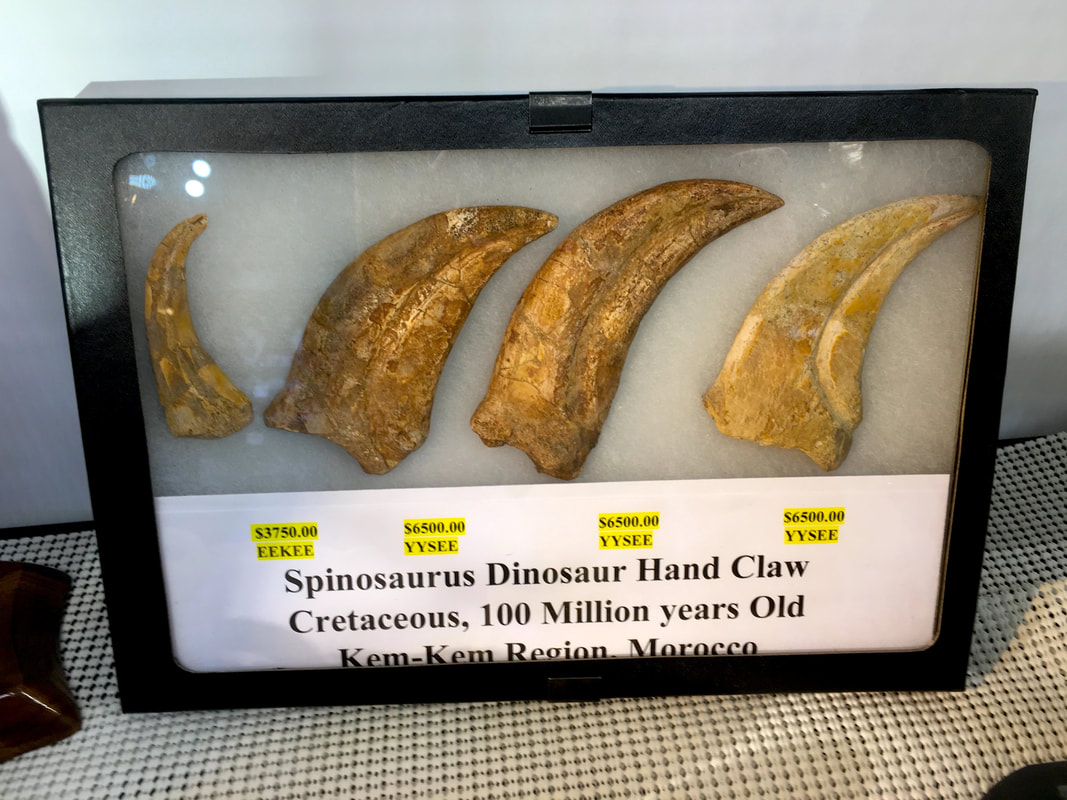 Click above image to view in eBay store
Spinosaurus Dinosaur Hand Claws Cretaceous, 100 Million Years Old, Kem-Kem Region, Morocco.
Spinosaurus (meaning "spine lizard") is a genus of theropod dinosaur that lived in what now is North Africa, during the upper Albian to upper Turonian stages of the Cretaceous period, about 112 to 93.5 million years ago. This genus was known first from Egyptian remains discovered in 1912 and described by German paleontologist Ernst Stromer in 1915. The original remains were destroyed in World War II, but additional material has come to light in the early 21st century. It is unclear whether one or two species are represented in the fossils reported in the scientific literature. The best known species is S. aegyptiacus from Egypt, although a potential second species, S. maroccanus, has been recovered from Morocco. Spinosaurus was among the largest of all known carnivorous dinosaurs, nearly as large as or even larger than Tyrannosaurus, Giganotosaurus and Carcharodontosaurus. Estimates published in 2005, 2007, and 2008 suggested that it was between 12.6–18 metres (41–59 ft) in length and 7 to 20.9 tonnes (7.7 to 23.0 short tons) in weight. New estimates published in 2014 and 2018 based on a more complete specimen, supported the earlier research, finding that Spinosaurus could reach lengths of 15–15.6 m (49–51 ft). The latest estimates suggest a weight of 6.4–7.2 tonnes (7.1–7.9 short tons).[6] The skull of Spinosaurus was long and narrow, similar to that of a modern crocodilian. Spinosaurus is known to have eaten fish, and most scientists believe that it hunted both terrestrial and aquatic prey; evidence suggests that it lived both on land and in water as a modern crocodilian does. The distinctive spines of Spinosaurus, which were long extensions of the vertebrae, grew to at least 1.65 meters (5.4 ft) long and were likely to have had skin connecting them, forming a sail-like structure, although some authors have suggested that the spines were covered in fat and formed a hump. Multiple functions have been put forward for this structure, including thermoregulation and display. 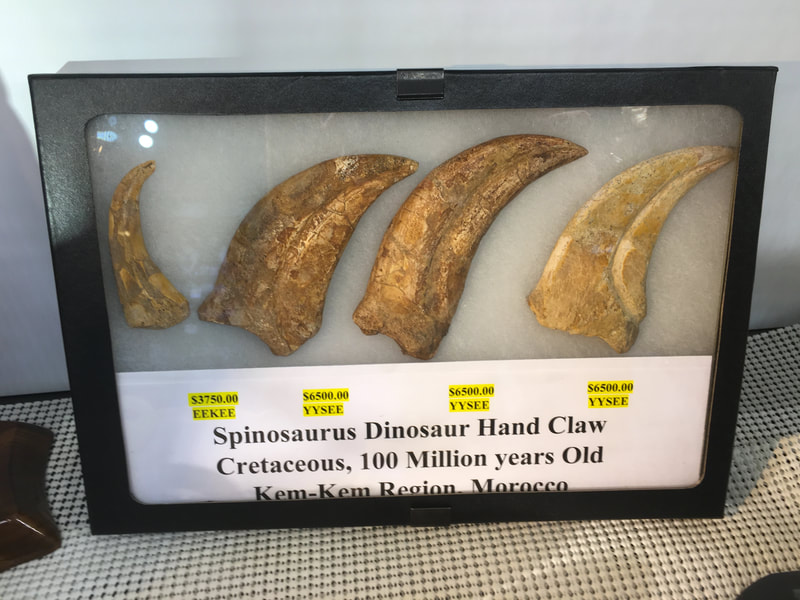 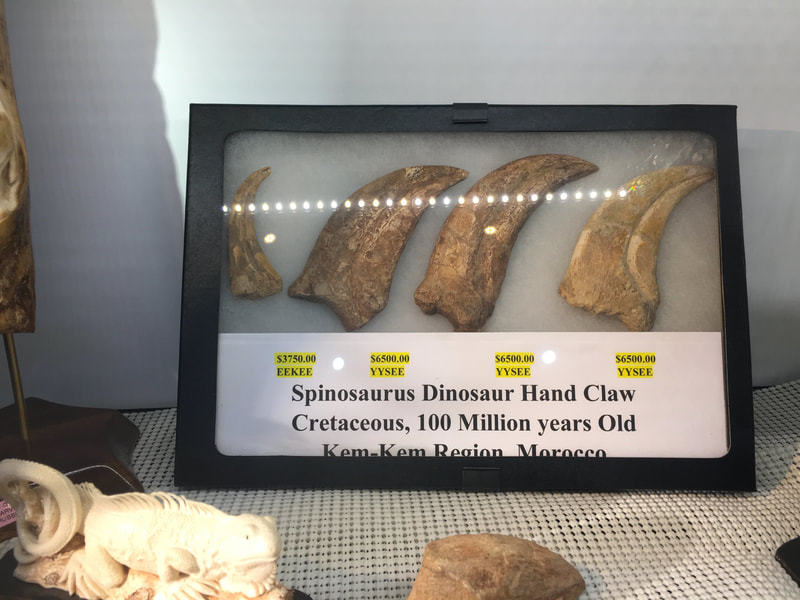