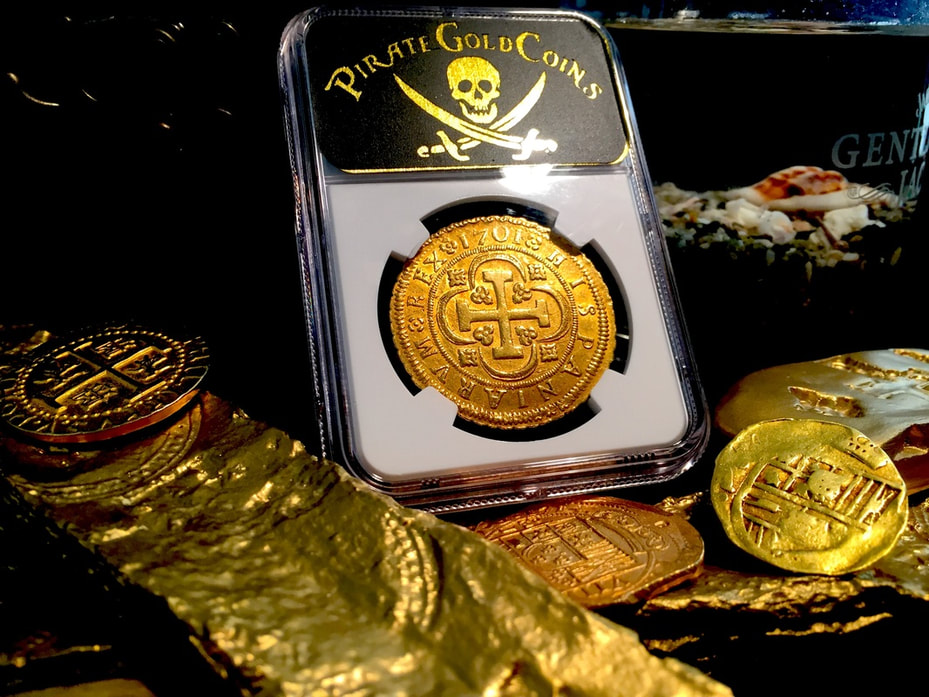 Click above image to view in eBay store
Spain 8 Escudos 1701 NGC 58 "Only 1 Known" for Die Variety "Dots At Fleece, Flowers after V" King Philip V Gold Coin Doubloon! This incredible RARE 8 ESCUDOS / DOUBLOON “Pieces of Eight” Almost UNCIRCULATED Condition! This still has some of the  LUSTER and very sharp bold details.  The Cross side has full legends and an extremely prominent date “1701” with literally No double striking throughout the coin.  Many times this issue comes with Rough edges or strong shifts, but Not this piece!  This is as RARE as it gets -  POP 1   “ONLY ONE KNOWN for die Variety!”  Only a couple of 1701's Known for all types! We also have a 1700, 1701 (other variety), 1704, Two 1708's (two varieties) 1712-2 pc's, 1721, 1723 in our store and site!  Spanish Pieces of Eight are highly sought after around the world by thousands of collectors!  This coin was minted in Seville of course at the height of the PIRATE ERA (Blackbeard was in full force – converting the Concord into his flagship “Queen Anne’s Revenge.”  This piece, is in all probability a Once in a Lifetime opportunity!  ​ 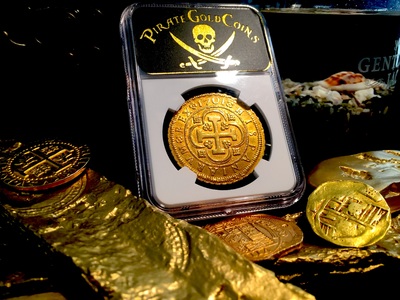 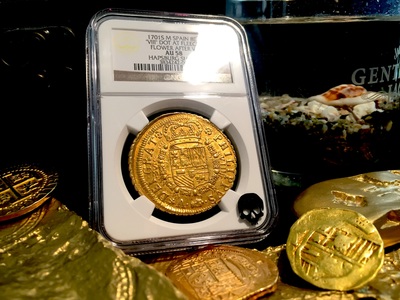 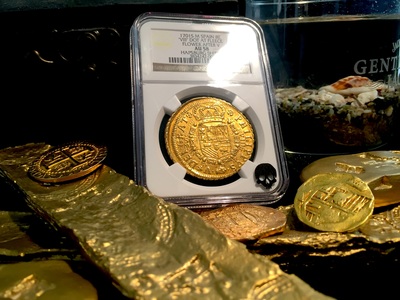 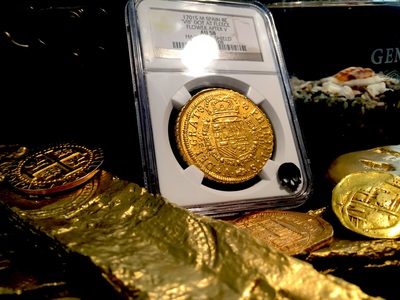 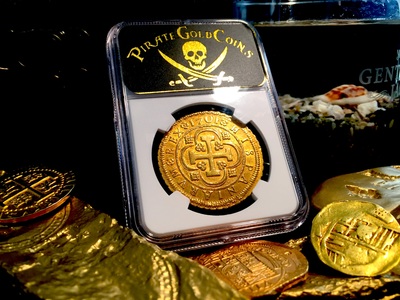 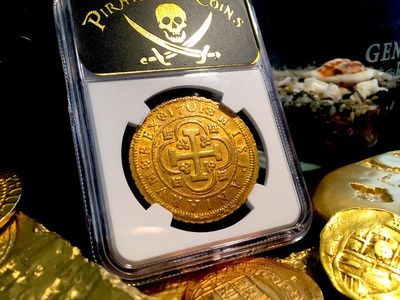 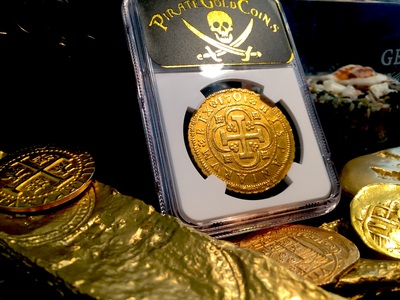 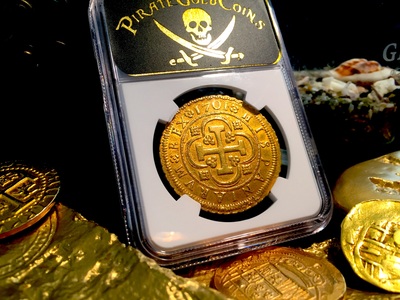 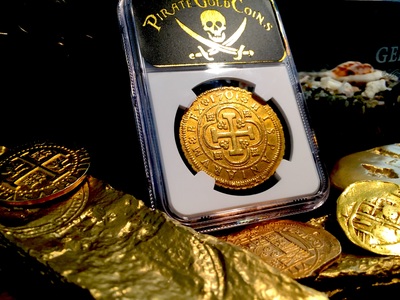 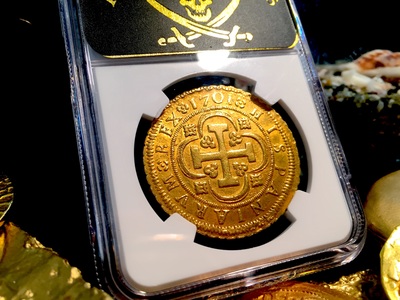 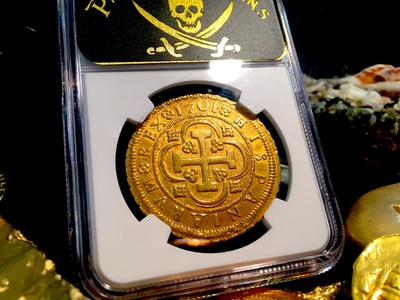 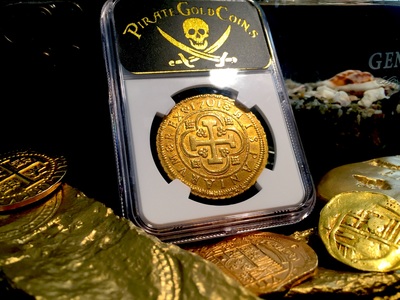 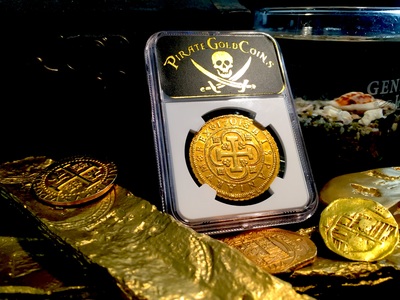 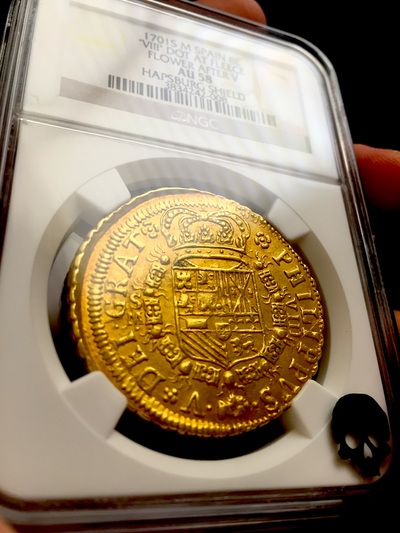