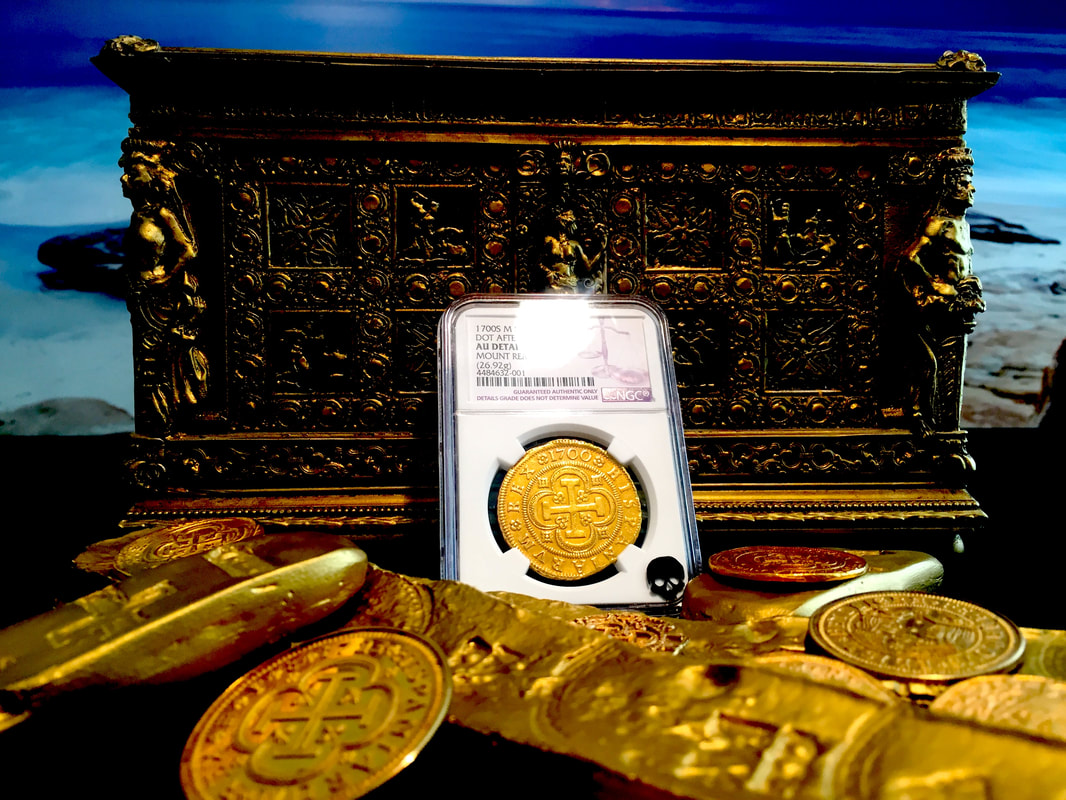 Click above image to view in eBay store
SPAIN 1700 8 ESCUDOS NGC AU RARE GOLD DOUBLOON TREASURE COIN – SHIPWRECK ERA This Charles II RARE “Pieces of Eight” Gold Doubloon (variety DOT after II) has beautiful Gold Colors and even some underlying Luster! Weighing 26.92gm. With a nicely Centered Obverse and Reverse and very well Struck Devices!!! No planchet flaws (which can by typical) and Excellent Eye Appeal. NGC listed as mount removed, but I spent almost half an hour under a scope and can find no traces of this. This RARE Variety also is the ONLY YEAR to strike the 8’s with Vertical denomination “VIII” and of course is the same year of King Charles' II death. This of course is when on his death bed he passed on the Throne to Philip V, which sparked the “War of the Succession.” So, this was the last year for King Charles II. 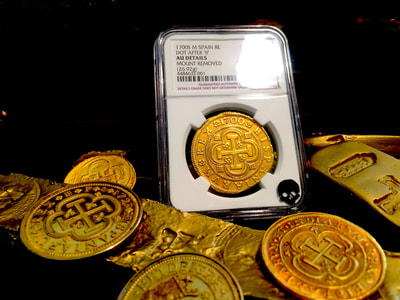 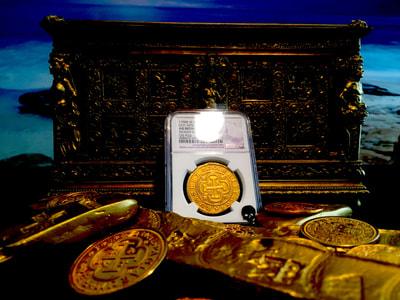 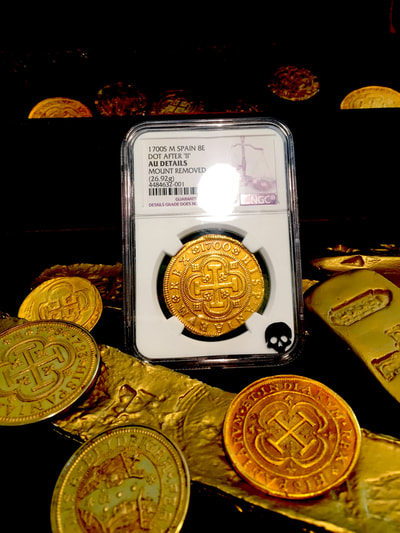 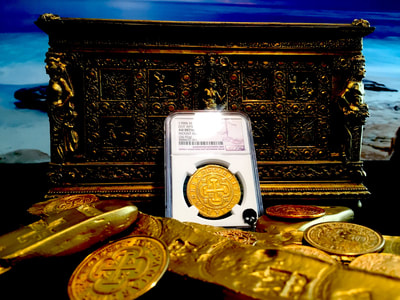 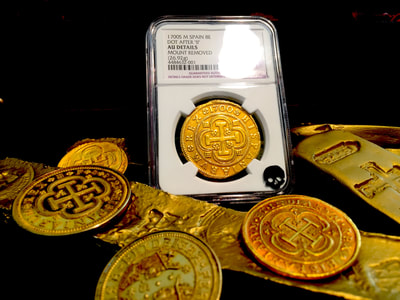 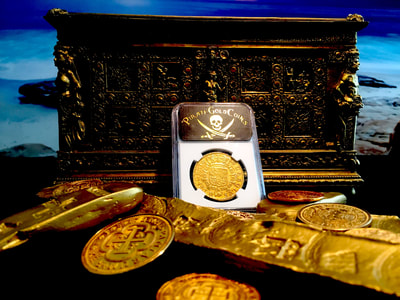 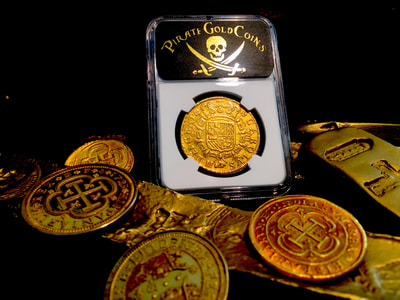 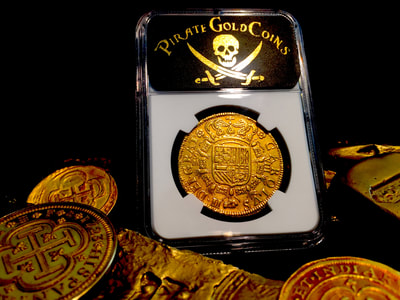 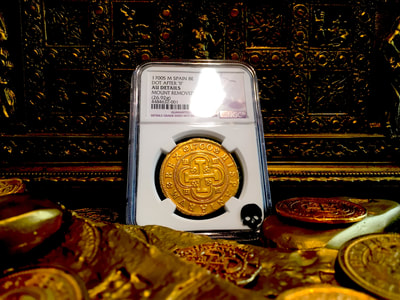 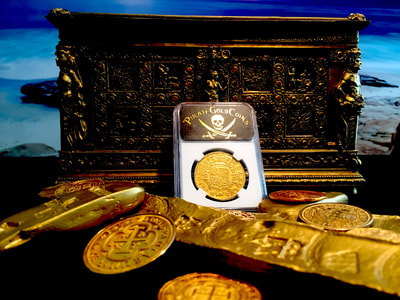