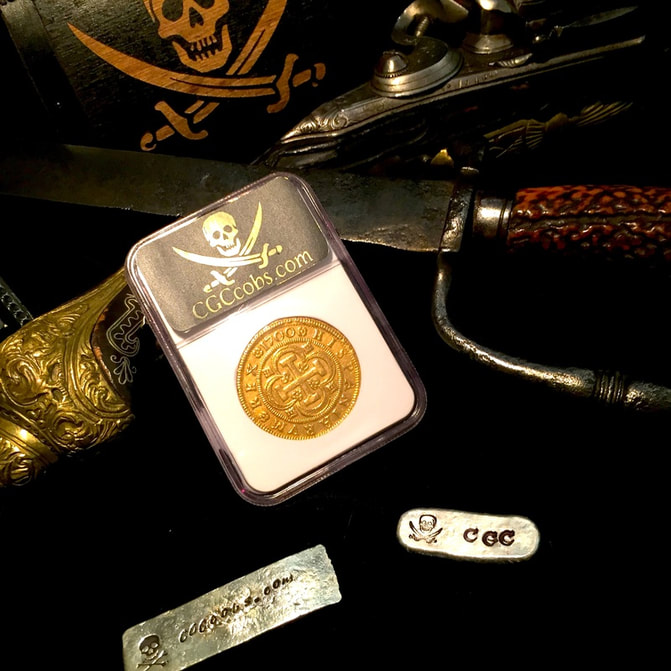 Click above image to view in eBay store
SPAIN 1700 GOLD 8 ESCUDOS ~ NGC 53 ~ "ONLY 1 KNOWN-POP 1" COB DOUBLOON  "KING CHARLES II"   FR-218   EXTREMELY RARE, AS ONLY 1 KNOWN GRADED!!!  This is the 1st time I've had the pleasure to handle a "CHARLES II" DOUBLOON FROM SPAIN!  The only years featuring King Charles II are the 1698-1700 (and only the early part of 1701, since some of the mints had not heard of his death in Nov. 1700).   We are very fortunate to be able to offer such a RARE piece.  This is an exemplary  piece  in both Centering, Absence of ANY doubling, an incredibly Bold Strike and highly lustrous in color (high kt. quality gold).  The survival of this piece will almost assuredly secure it's claim as Finest Known though out the ages!

CHARLES II died in 1700 childless and heirless so he named his successor to be his 16 year old grand-nephew, Philip Vth, who was the grandson of of the reigning French King Louis XIV.  European powers viewed the relationship as disturbing the balance of power in Europe, which caused the "War of Succession."  This war would carry on into 1715's, during which time (15 years of war), for the last four years there were no Treasure ships coming over from the New World back to Spain with Gold, Silver and Jewels.  The king Philip Vth had now found a new wife after his first one had just died, so he ordered the fleet (the 1715 Plate Fleet) to voyage back to Spain with her built up Treasure in July 1715 (during hurricane season) and the rest is famous history.  Eleven of those 12 ships sank off the coast of Florida in July 1715 (see Shipwreck History on our website at:  PirateGoldCoins.com). 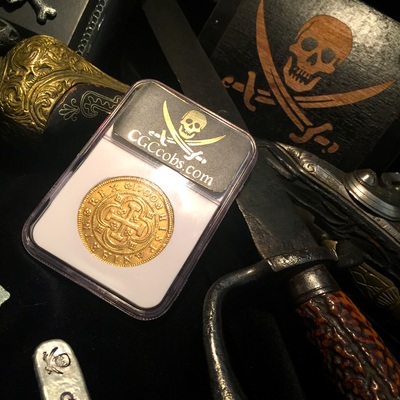 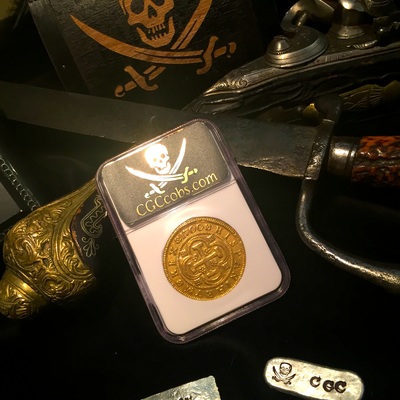 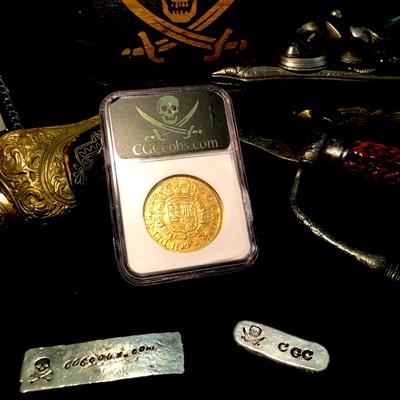 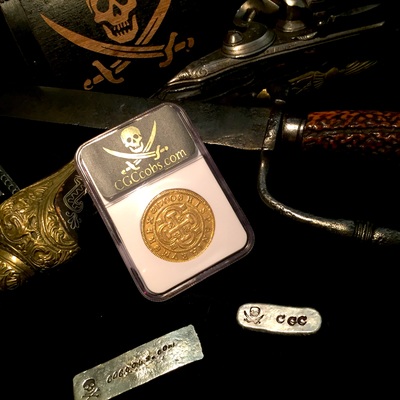 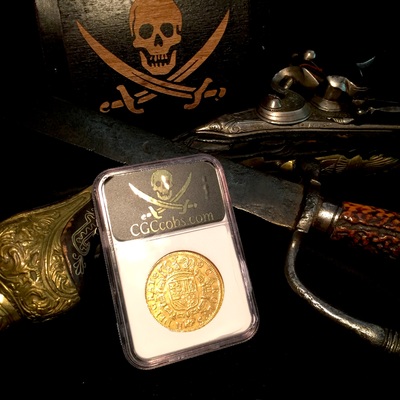 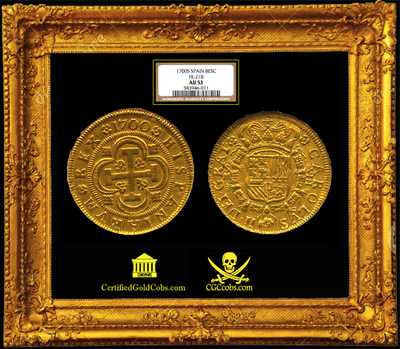 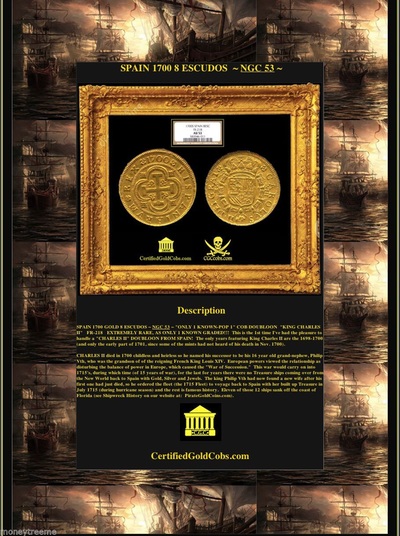 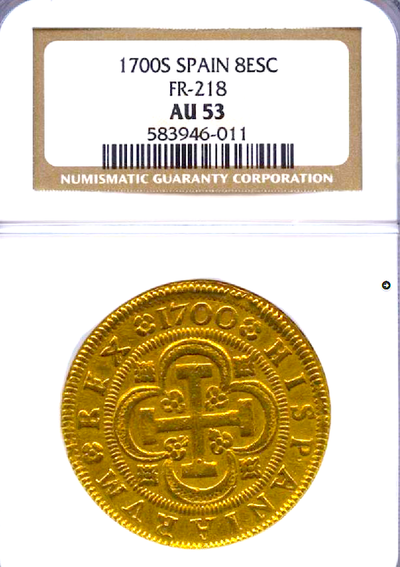 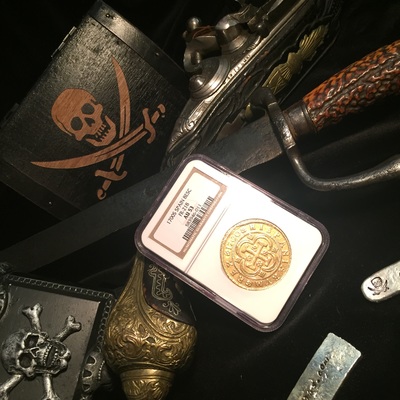 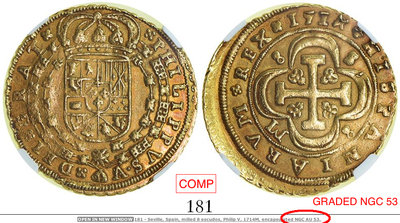