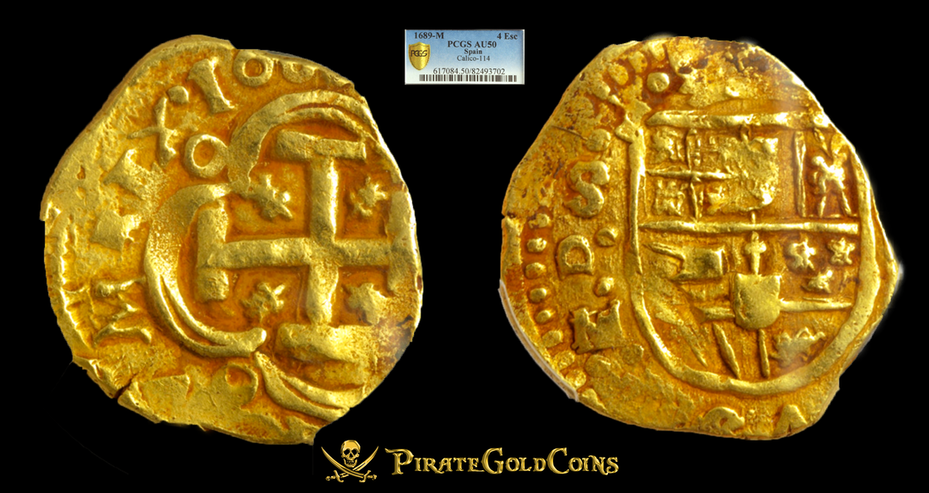 This Charles II GOLD “DATED 1689” Cob has incredible date and markings, both the mint (Seville), the Assayer “D” struck sideways and a FULL Shield!  But of course, the most important feature is the DATE of 1689 on a Large Planchet with deep Rich Golds contrasted by redish sediment (certainly appears to be a Shipwreck coin).  This piece was struck ONLY 11 years before King Charles II death when he passed on the Throne to Philip V, which sparked the “War of the Succession!" 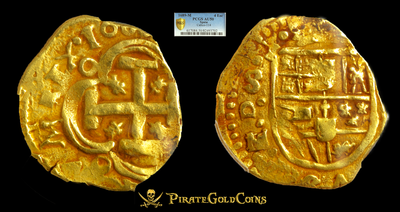 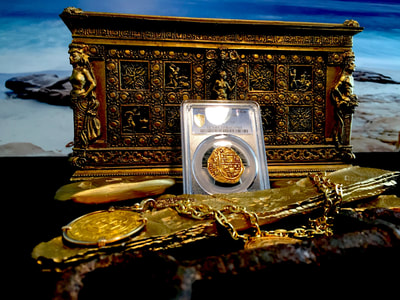 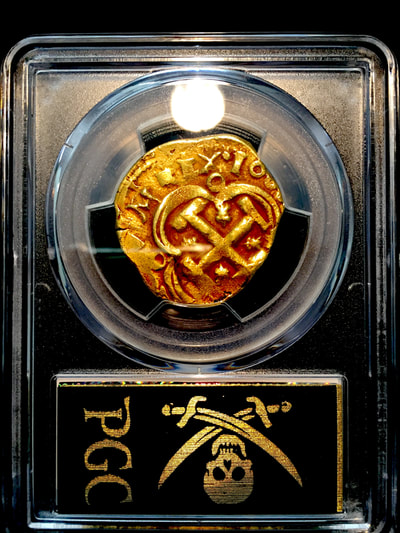 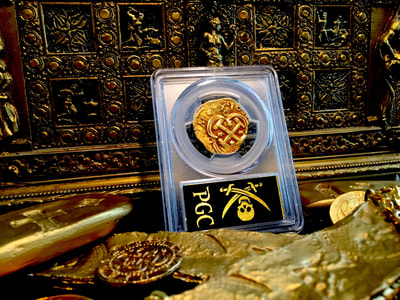 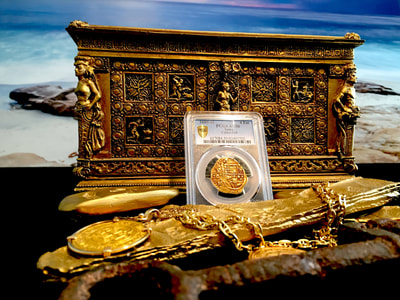 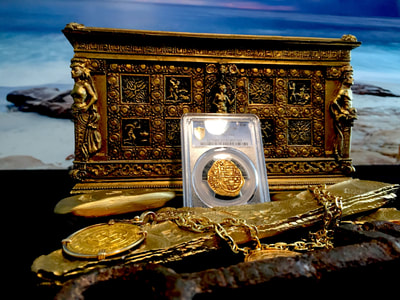 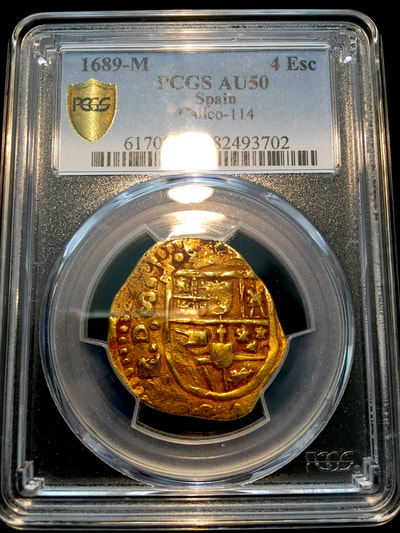 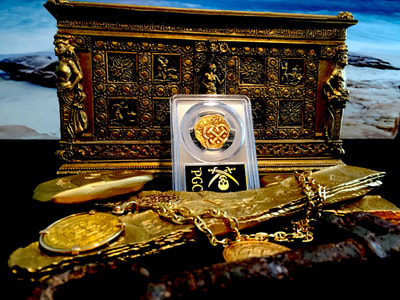 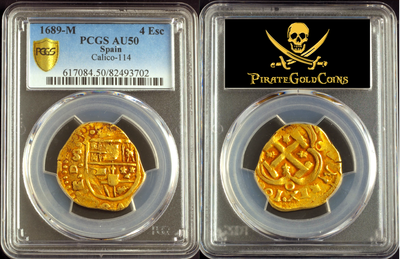