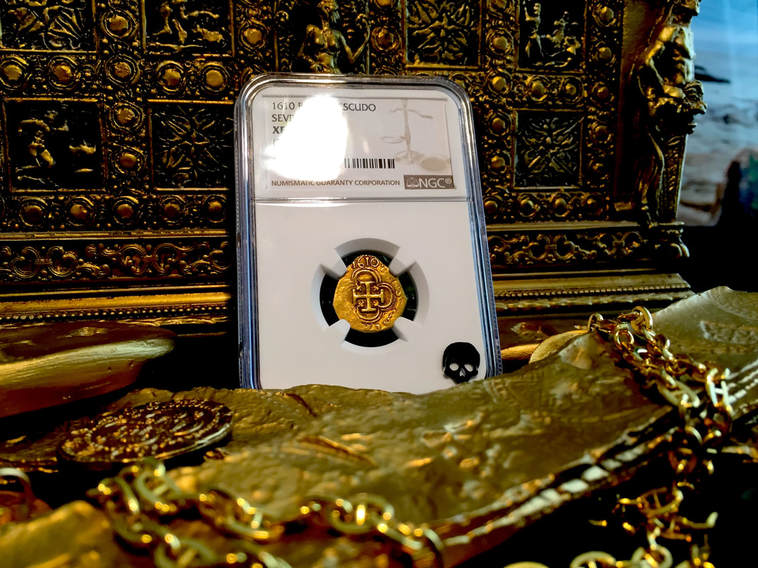 This incredibly RARE “FULLY DATED 1610” struck under Philip III weighs in at 3.35 gm Struck in Seville by Assayer B (both mint and Assy. Are left of the Shield with the “I” denomination just to the right of the shield.  Incredibly even the King’s Oridinal “Philipus” is partially struck on the shield side as well. * But by far the most important characteristic is the FULL DATE of 1610, literally ALL FOUR DIGITS!!!  This is Rarely seen on ANY Cob let alone a 1 Escudo!  The CROSS is also almost Perfectly Centered and completely struck and visible, as well as the outlining Tressure.  GOLD Cobs FULLY DATED like this are highly sought after and this one is fully graded out by NGC (also rarely seen).  Certainly a RARE Opportunity! 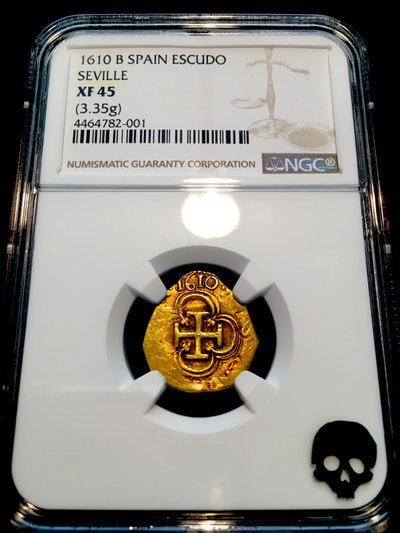 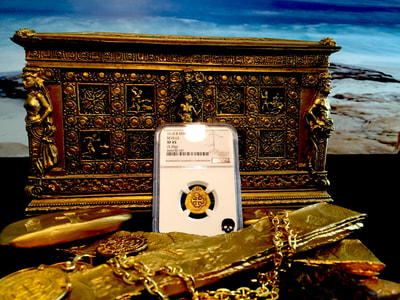 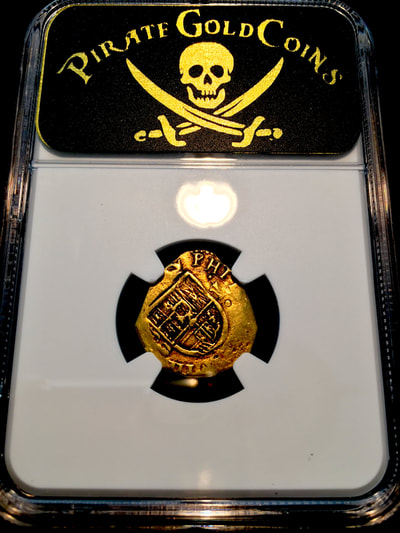 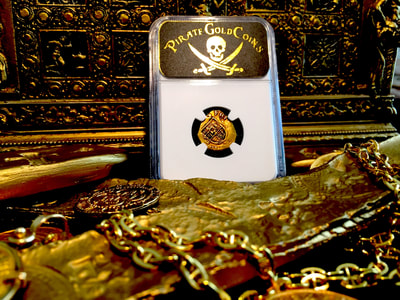