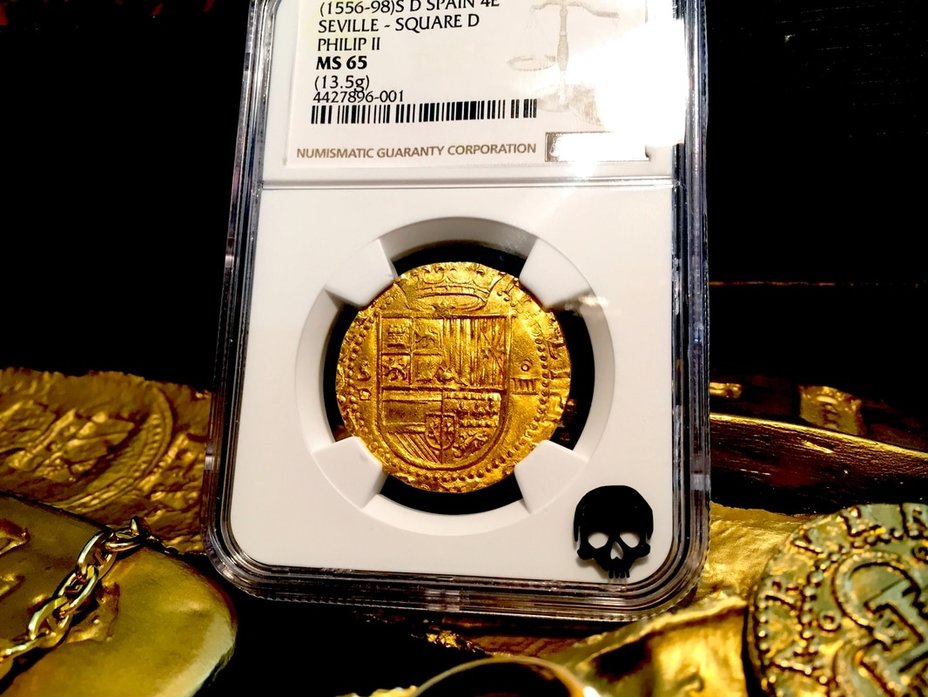 Click above image to view in eBay store
SPAIN 1556-98 4 ESCUDOS NGC 65 GOLD COB DOUBLOON “FINEST KNOWN" KING PHILIP II SPAIN 1556-98 4 ESCUDOS NGC 65 THIS PIECE IS SO LUSTROUS IT WAS ONE OF THE MOST DIFFICULT COINS TO CAPTURE THE BEAUTY IN A PHOTO BECAUSE OF ITS SHER RADIANCE! “SEVILLE MINT” FINEST KNOWN (MINT STATE) KING PHILIP II. “SQUARE D" I would have to say this must be, "the" FINEST PIECE we've had in regards to Luster and Roundness and incredible gold strike!!! Actually this is the clearest I've ever seen the DEI GRATIA is completely in tact in the legend as well. Truly unheard of!!! Also, most varieties would only show a portion of GRATIA (just GRAT), this piece has the entire word laid out!!! DEI GRATIA of course means (by the Grace of GOD). Truly an immaculate piece, truly a Trophy Piece for the issue! Philip II of Spain (Spanish: Felipe II; 21 May 1527 â€“ 13 September 1598) was King of Spain (as Philip II in Castille and Philip I in Aragon) and Portugal as Philip I (Portuguese: Filipe I). During his marriage to Queen Mary I, he was King of England and Ireland and pretender to the kingdom of France. As heir to the Duchy of Burgundy, he was lord of the Seventeen Provinces of the Netherlands. Known in Spanish as "Philip the Prudent" (Felipe el Prudente), his empire included territories in every continent then known to Europeans and during his reign Spain was the foremost Western European power. Under his rule, Spain reached the height of its influence and power, directing explorations all around the world and settling the colonisation of territories in all the known continents including his namesake Philippine islands. However, he was also responsible for four separate state bankruptcies in 1557, 1560, 1575, and 1596; precipitating the declaration of independence which created the Dutch Republic in 1581; and the disastrous fate of the 1588 invasion of England. Philip was born in Valladolid, the son of Charles V, Holy Roman Emperor and King of Spain, and his consort, Isabella of Portugal. He was described by the Venetian ambassador Paolo Fagolo in 1563 as "slight of stature and round-faced, with pale blue eyes, somewhat prominent lip, and pink skin, but his overall appearance is very attractive." The Ambassador went on to say "He dresses very tastefully, and everything that he does is courteous and gracious." 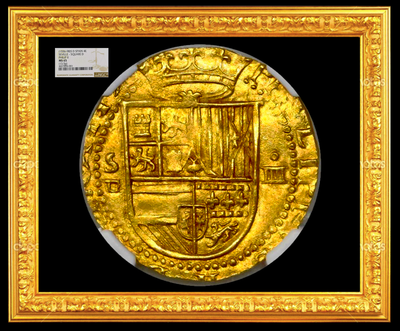 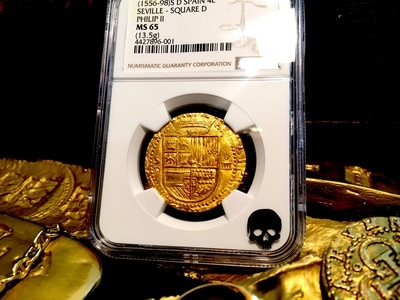 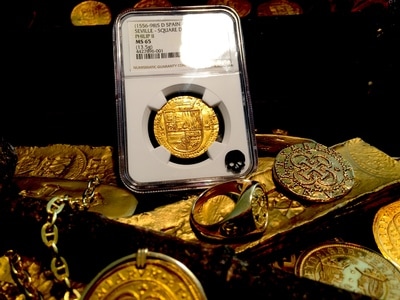 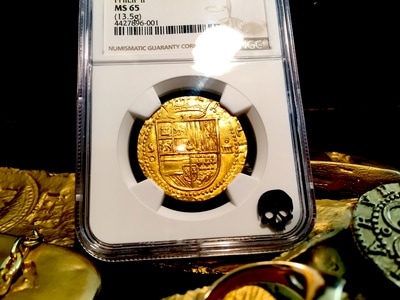 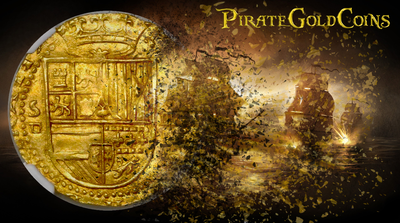 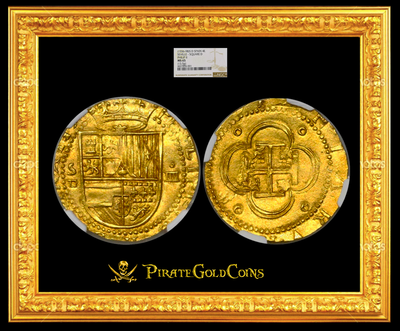 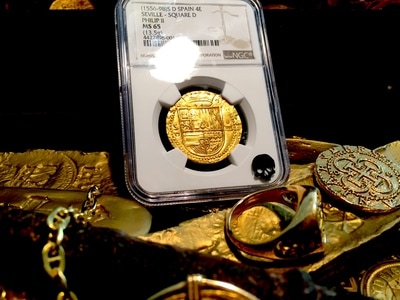 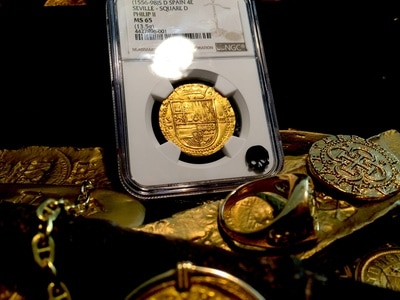 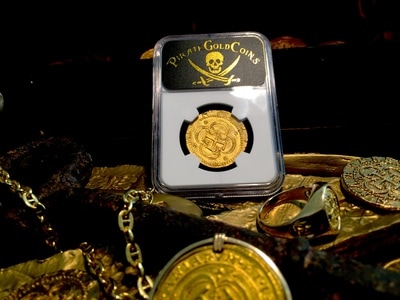 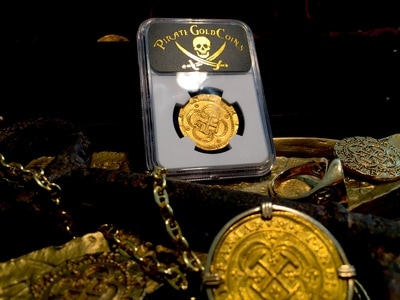 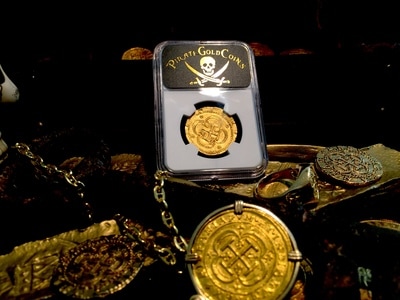