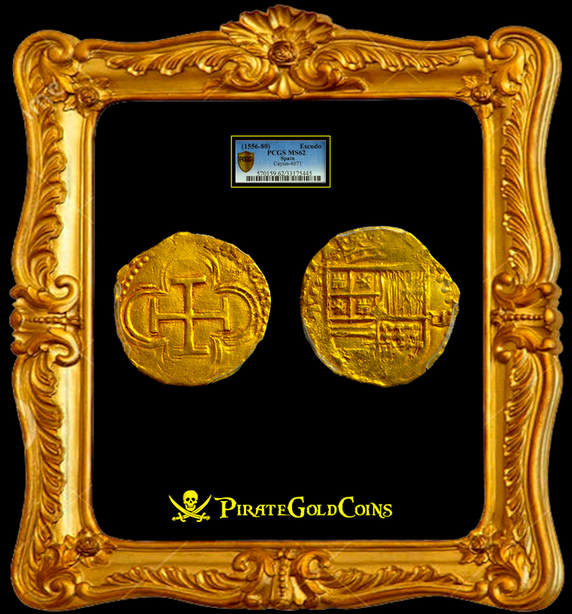 Click above image to view in eBay store
SPAIN 1 ESCUDO 1556-80 GOLD COB DOUBLOON PCGS 62 MS! MOST LIKELY FROM SHIPWRECK OF THE “GOLDEN FLEECE” which sunk in the CARIBBEAN (northern) in the ca. 1550’s.  Also, there’s the possibility that it was salvaged from the ShipWreck “Santiago” in the mid 1580’s near Madagascar.  The captain and crew escaped with the one usable lifeboat leaving 400 passengers to perish.  This coin certainly maintained it’s original LUSTER and several areas of encrustations can be seen, certainly pointing to it’s shipwreck origins.  This Golden cob has a very nice round planchet and almost a FULL CROWN, which is VERY RARELY seen in a 2 Escudo (or any size for that matter).  The CROSS is very well centered, as is the shield.  You can see the Assayer to the right of the shield,which appears to be an upside down “R”  (Rodriquez?).  A beautiful Gold Doubloon which is sure to shine in a new collection! 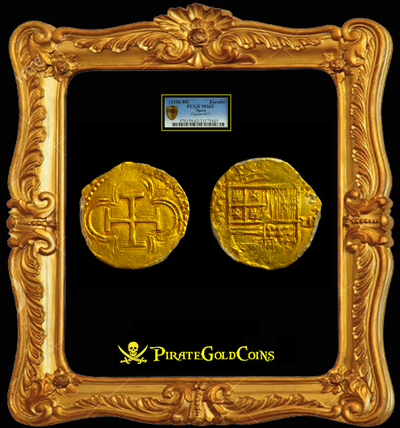 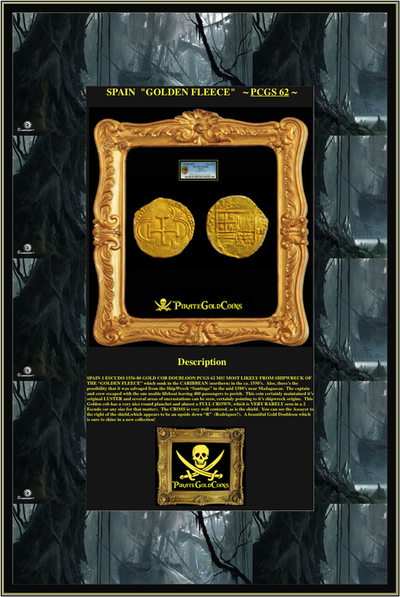 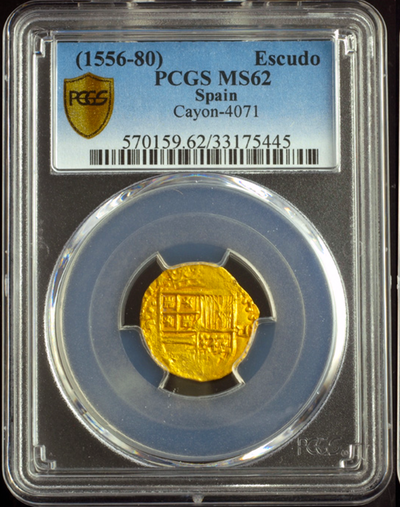 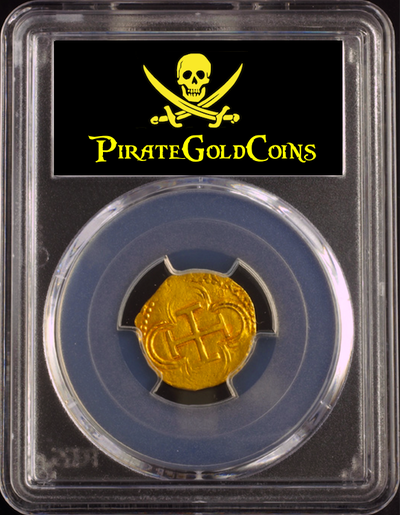