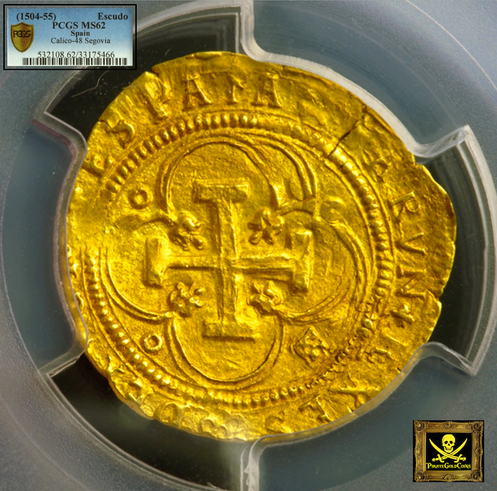 Click above image to view in eBay store
SPAIN 1504-55 1 ESCUDO GOLD COB DOUBLOON PCGS 62 SEGOVIA MINT – RARE!  Calico-48  This is the first time we’ve ever had or even seen an Escudo from the Segovia Mint!!!  This piece is so beautiful with it’s incredible legends!  Obverse Legend reads: IOANA * ET * KAROLVS * DEI * G   (by the Grace of God King Joannah & Carlos (Charles) of Spain and the Indies).  The Reverse Legend: ESPANIARVM * REXES (spanish kings instead of king of spain on the later issues.
The CROSS of Jerusalem is FULL and very well centered (NO doubling whatsoever).  The Shield and Crown on the Obverse is also very deeply struck, some doubling, but has incredible details).  The original LUSTER fully represents the Mint State grade and has a deep rich Golden color & tones.  This piece has one of the best Eye Appeals we’ve ever seen in 20 years and has an enomrously large Planchet for a 1 Escudo, really faces up with the size of a large 2 Escudo or even some of the 4 Escudos we’ve seen – Rare Opportunity to pick up a very high graded Spain Gold Escudo! 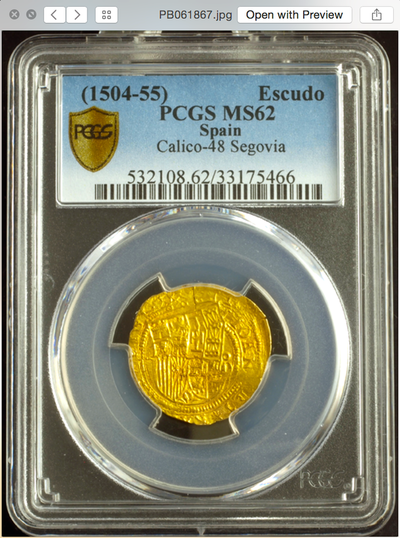 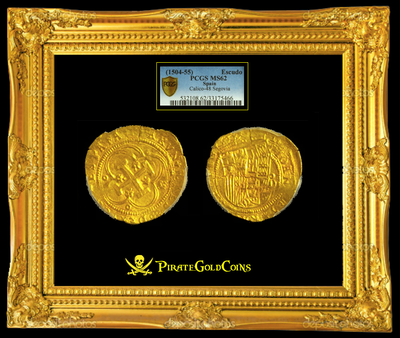 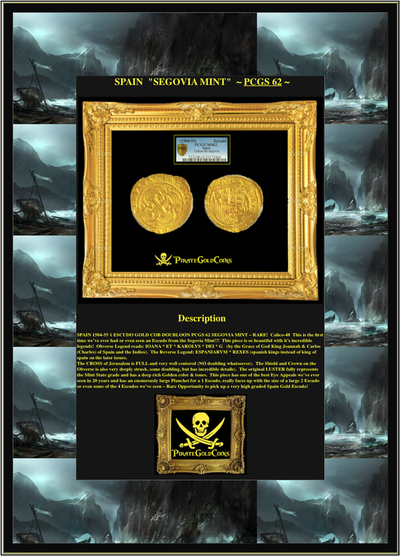 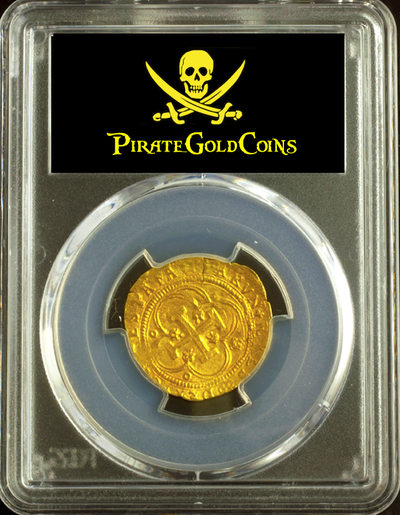