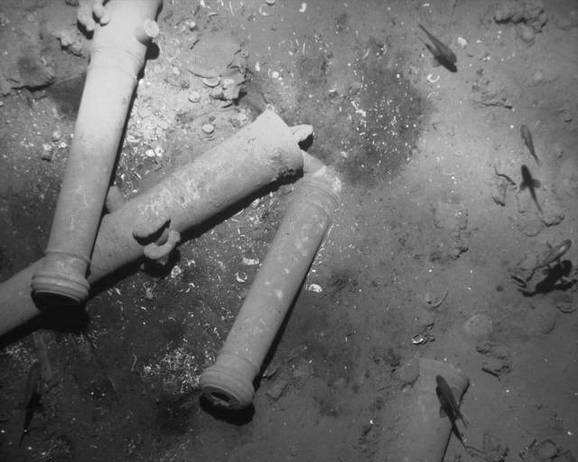 (CNN)Colombia says it has found a Spanish galleon sunk 300 years ago in the Caribbean with treasure estimated as high as $17 billion in gold, silver and gems.
"Great news: We found the galleon San Jose!," President Juan Manuel Santos tweeted.
"Finding the #GaleonSanJose marks an historic milestone for our underwater cultural patrimony," Santos said Saturday, tweeting a video of the search team at sea.

The discovery off Colombia's coast is sure to intensify an international dispute over the treasure.
The hunt for the San Jose has already been a long legal saga over how the booty should be split between the Colombian government and an American company based in Bellevue, Washington.
Sea Search Armada, a group of U.S. investors engaged in marine salvaging, claims it found the site of the San Jose in 1981 and contends the Colombia government has been trying "to illegally confiscate SSA's finds."

Indeed, the legal dispute is seemingly as dramatic as the sinking of San Jose itself, which was destroyed in 1708 by British warships thwarting Spain's delivery of New World riches.
"The Complaint in this case reads like the marriage between a Patrick O'Brian glorious-age-of-sail novel and a John Buchan potboiler of international intrigue," U.S. District Court Judge James E. Boasberg wrote in a 2011 ruling.
SSA filed several lawsuits in the United States and Colombia, and the American company contends it won a Colombian Supreme Court ruling upholding how the treasure should be split 50-50 between the government and the U.S. firm.
Two lawsuits filed in U.S. courts were dismissed, in 2011 and 2015. 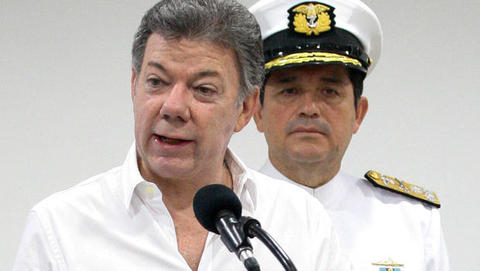 The galleon Jose was intercepted by British warships off Cartagena, Colombia.At a press conference Saturday, Colombia Cultural Minister Mariana Garcés Córdoba contended that all legal challenges were ruled in favor of the Colombia government.
But Jack Harbeston, managing director of SSA, said in a written statement to CNN that the government of Colombia "keeps repeating the Big Lie (which is unfortunately repeated by the press) that the GOC 'won the case' in Federal District court and SSA had lost its rights to the treasure. Nothing could be further from the truth.
"It would now appear that the GOC had no intention of good faith implementation of the Colombia Supreme Court ruling by settling with SSA," Harbeston said. "Their intent seems to be to preempt and make moot SSA's right to visit its property -- while flouting its own laws. The GOC continues in its expropriation of property belonging to U.S citizens in direct violation of its trade agreement with the U.S."
Colombia threatened the firm with military force, Harbeston said. "It's the same mentality as the conquistadors," he told CNN. 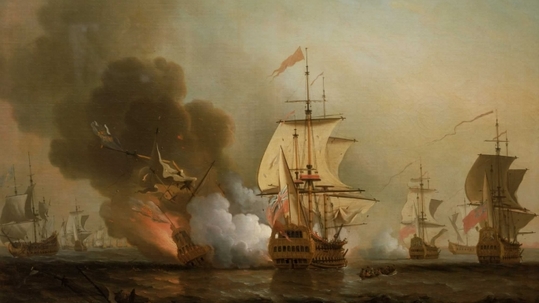 In U.S. court papers, SSA claimed that it located the San Jose site on the continental shelf off the Colombia coast in 1981 and formally filed that location with Colombia in 1982.
But Colombia broke an 1984 agreement to give the U.S. salvagers 35% of the treasure and prevent the Americans from salvaging the shipwreck at the bottom of the sea, the U.S. firm contended.
The Colombian Parliament passed a law giving the country all rights to the shipwreck treasure and only a 5% finders fee to SSA, an amount that would also be taxed at a rate of 45%, according to SSA's lawsuit.
In Colombian courts, SSA won a lawsuit claiming the new law was unconstitutional, and the Circuit Court of Barranquilla ruled the treasures of the San Jose should be split 50-50 between the government and SSA, the firm said.
An American company claims its investors are owed half of the underwater haul.The Supreme Court of Colombia upheld that even split, according to SSA's lawsuit filed in the United States.
The San Jose's treasures of bullion and coin was estimated between $4 billion and $17 billion as of three or four years ago, the U.S. firm says.
"Nobody knows what exactly is on there," Harbeston said.
The San Jose was the flagship and largest galleon of a Spanish fleet carrying gold and silver from the mines of Potosi, Peru. It was traveling from Portobello, Panama, to Cartagena, Colombia, but the British intercepted it off Cartagena.
"In the armada of 1708, the value of the cargo on the flagship alone exceeded Spain's annual national income from all sources. When the bullion and coins on all the galleons of the armada were totaled, it was two or three times Spain's annual income. In addition, there were trade goods of cocoa, indigo, leather, cochineal, precious woods and many other items," according to an online account posted by SSA. ​ 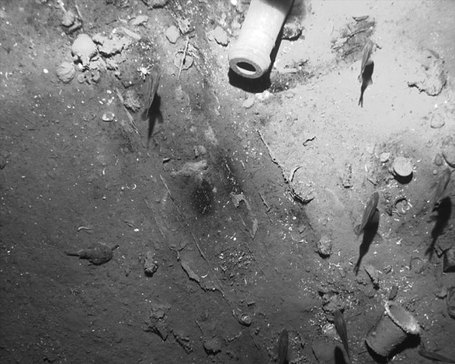 The Spanish fleet's other galleons with gold, silver, jewelry, emeralds and other gems escaped the British navy.
"The galleons were lumbering bank vaults," according to SSA's historical account.
In Saturday's video posted on the Colombian President's Twitter account, an unidentified crew member is exuberant over the San Jose's discovery.
"It's a huge feeling," the crewman says. "This is the work of many years, a lot of work at that and a collaborative effort that has finally come to light, and there'll be much work ahead of us, but this was a huge triumph."
The Colombia President was equally excited at Saturday's press conference.
"Without a doubt, without any doubt, we have found 307 years after sinking, the galleon San Jose," Santos said.
The shipwreck "is one of the greatest finds and identification of sunken patrimonies, if not the biggest as some say in the history of mankind," the President said. "The Colombian government will continue its process of research, exploration and protection of underwater cultural heritage, in accordance with the laws and current public policy of the Colombian State.
"It is a scientific event that's a reminder that Colombia's history is made up of very different eras featuring people who are part of our national memory," he added.
SOURCE: http://www.cnn.com/2015/12/05/americas/colombia-spanish-galleon-san-jose-found/index.html