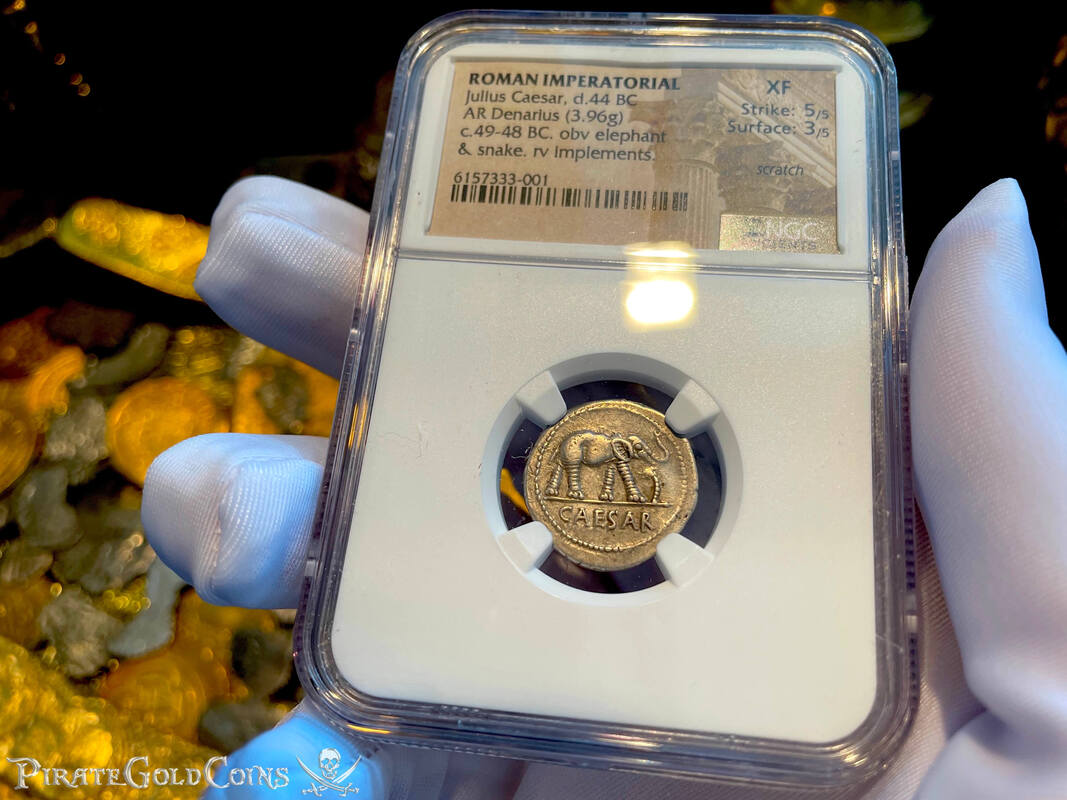 Click above image to view in eBay store
Roman Imperatorial "Julius Caesar- Elephant" 44BC Denarius NGC XF 5x3!
​
Elephant advancing right, trampling on horned serpent/ Emblems of the pontificate: simpulum, aspergillum, securis, and apex. Military mint traveling with Caesar in northern Italy, 49 BC. Elephant advancing right, trampling horned serpent, CAESAR in exergue / Pontifical implements: simpulum, sprinkler, axe, and priest's hat. Strongly struck and beautifully toned. I've done extensive research on this type and have RARELY found an Elephant that has the actual bone structure of the skull and eye. It's just amazing to think about CAESAR's mint traveling through Italy in 49 B.C. when this exact piece was struck, CAESAR was there!!! He would be assassinated 5 years later while on his way up to the Senate meeting to be awarded "Permanent dictator." This of course devastated Cleopatra, only 19 years old when CAESAR first came to take over (Queen of Egypt – co ruler with her Brother Octavian) and seriously put a damper on her high aspirations (although she was able to bore him a son). Fortunately he passed on his rule to Marc Anthony and she (Cleopatra) was able to control him as well, all the way to his demise! Of course this ended with both of them committing suicide. What an incredible period in World History! 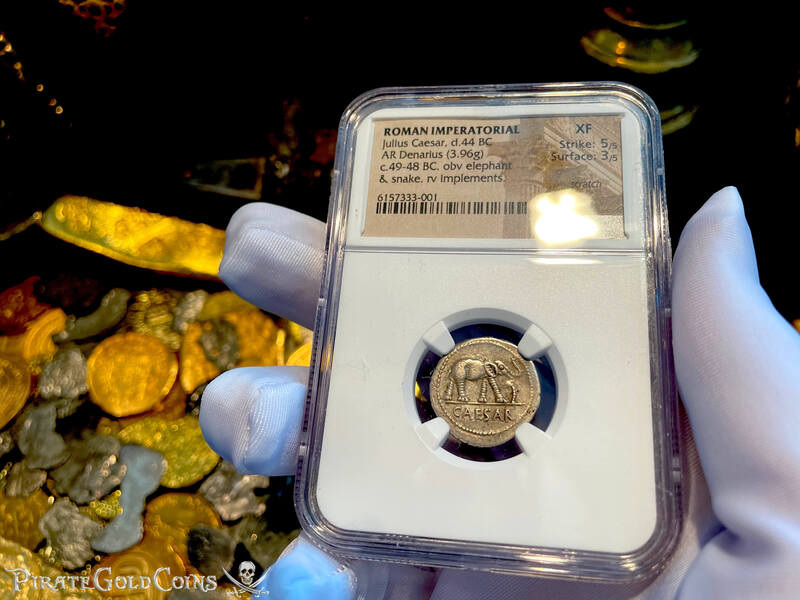 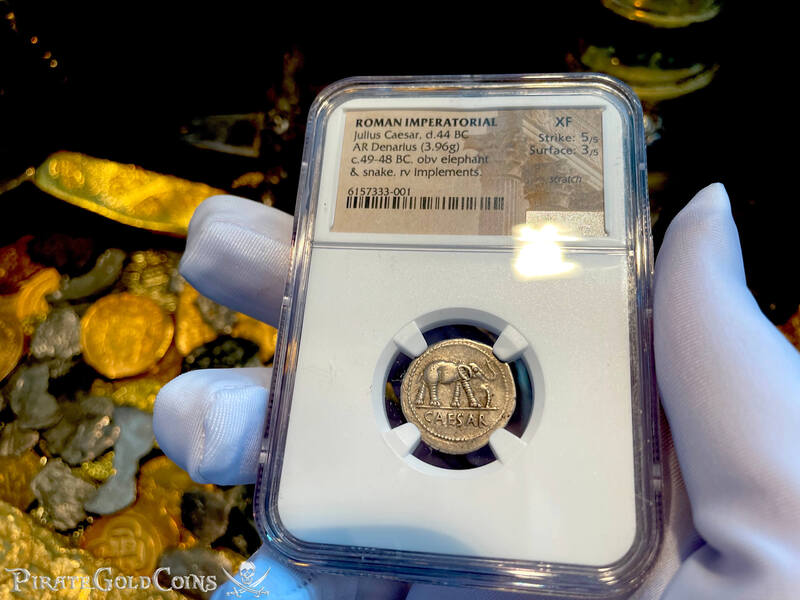 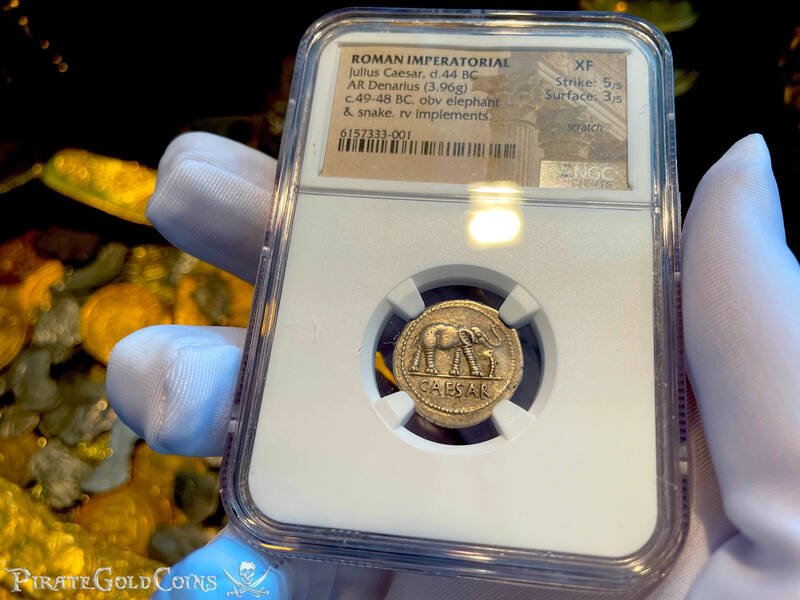 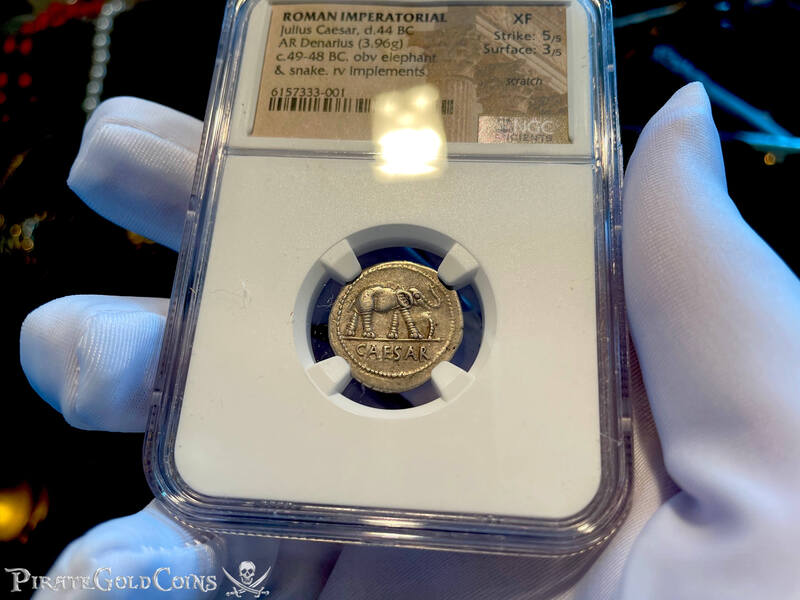 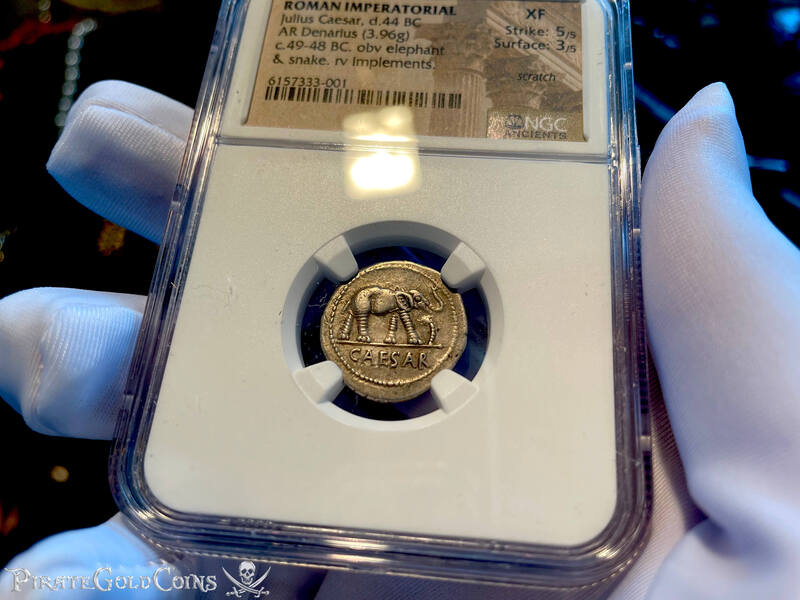 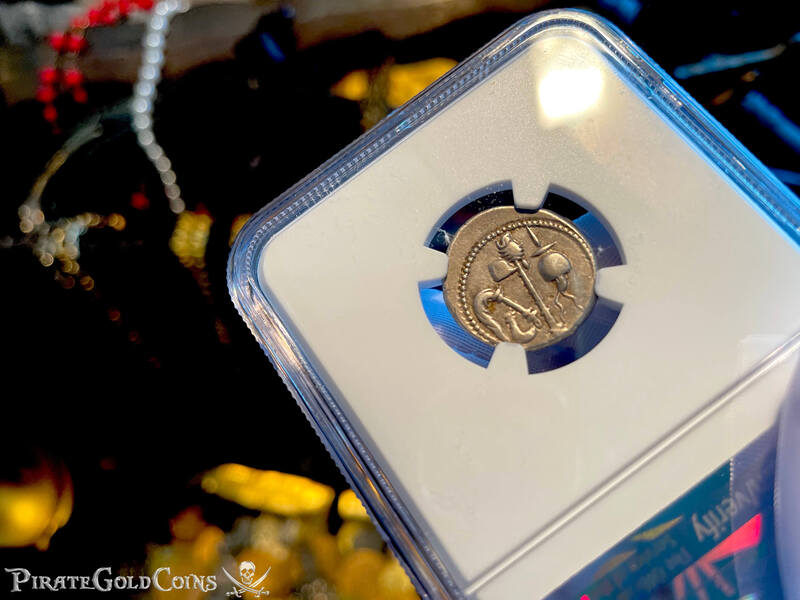 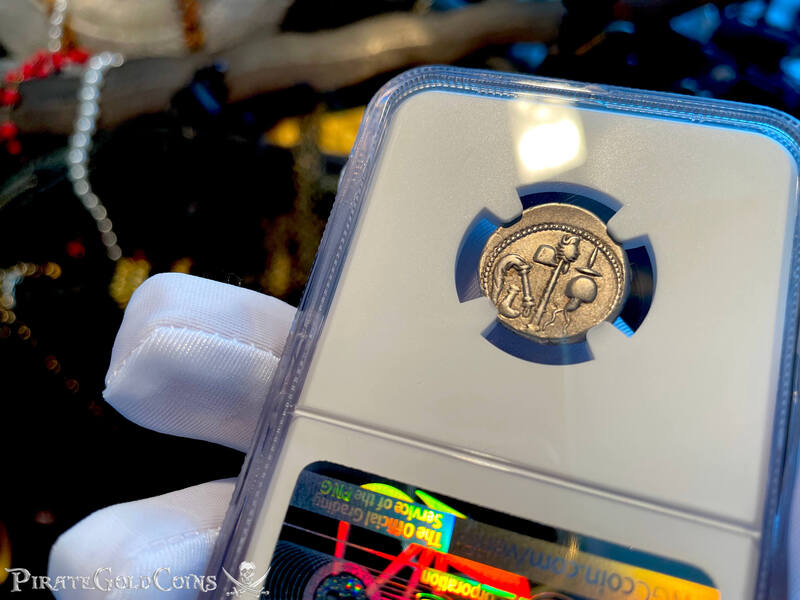 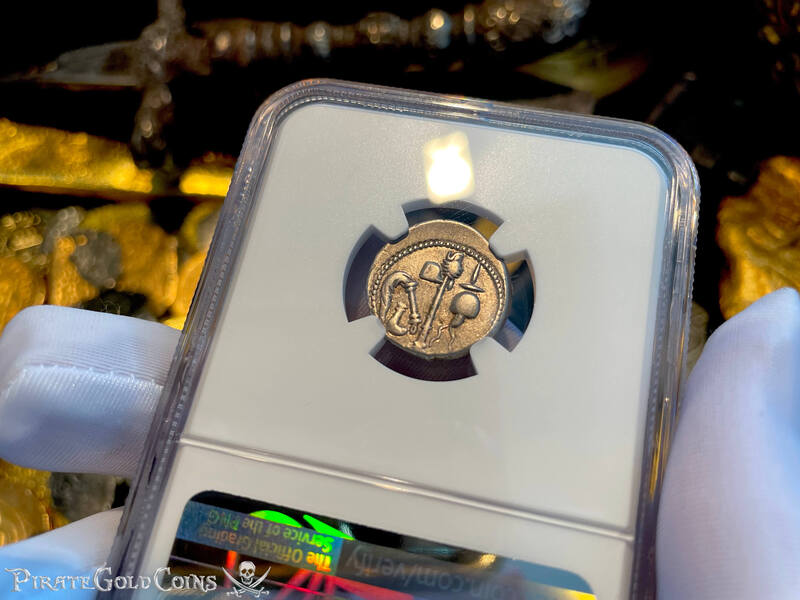