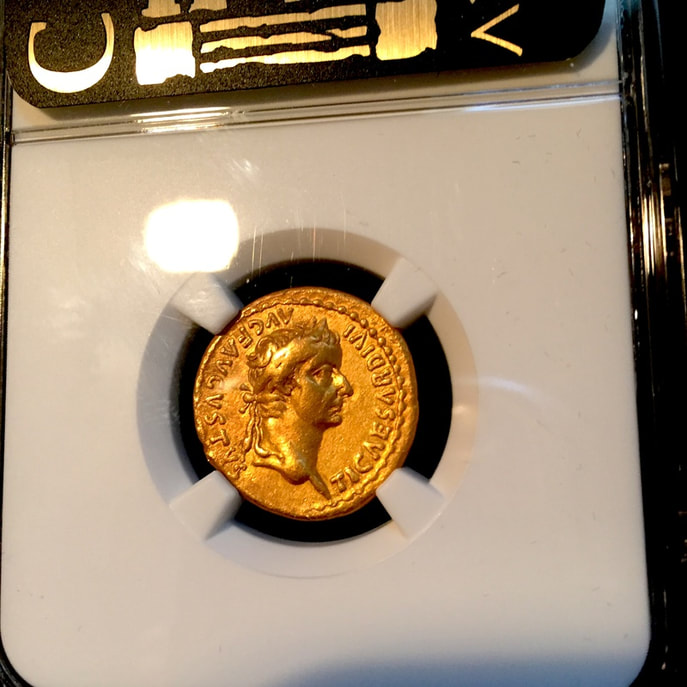 This Coin is referred to as "The GOLDEN TRIBUTE PENNY."  A very historical coin (2,000 year old coin) , as this coin type is referred to in the Bible's New Testament, Matthew 22:21 (famous verse),  JESUS CHRIST replies, "Render unto CAESAR that belongs to CAESAR and unto GOD what belongs to GOD."  This was in reply to verse 19 when Christ speaks to his followers, "Show Me the coin used for the poll-tax," and they brought him a denarius (same coin type but in silver) and He said to them, "Whose likeness and inscription is this? They said to him, Caeasar's.  The followers were amazed (by his wisdom / answer) and leaving him they went away.

One of the famed "12 CAESARS!"  In fact, he was the third CAESAR (after of course Julius, then Augustus).   Tiberius Claudius Nero (42BC – 37AD),  later adopted by Augustus, bearing his new name, which was, Tiberius Julius Caesar.  He ruled as Roman's Emperor from 14AD to 37AD.  "He was Emperor while JESUS CHRIST walked the Earth."  His mother divorced NERO and married Augustus in 39BC, making him a step-son of Octavian *(indeed the very same Octavian that was Cleopatra's brother).  He was one of Rome's greatest generals, his conquest of Pannonia, Dalmatia, Raetia and parts of Germania and laid the foundations for the northern frontier.  This coin is   2,000 YEARS OLD!!! 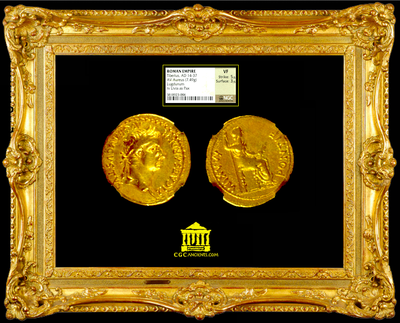 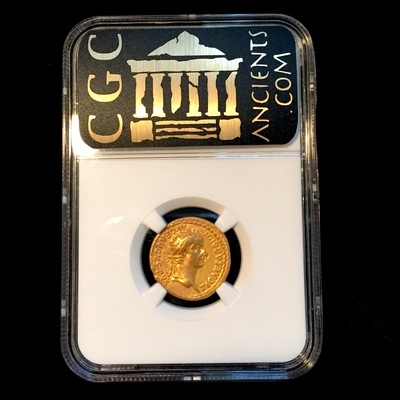 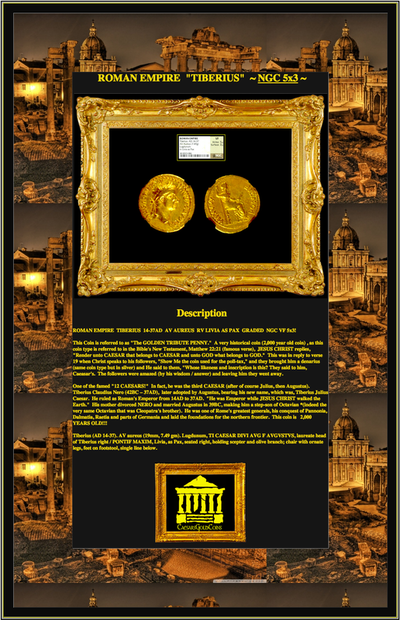 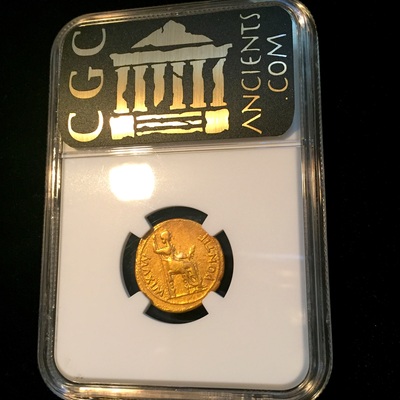 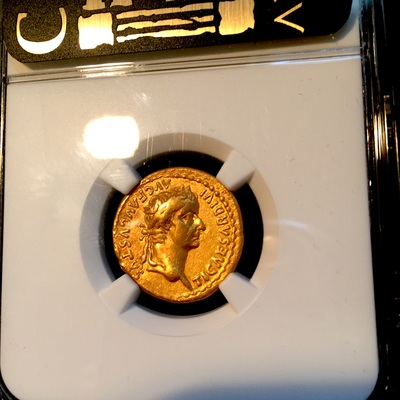 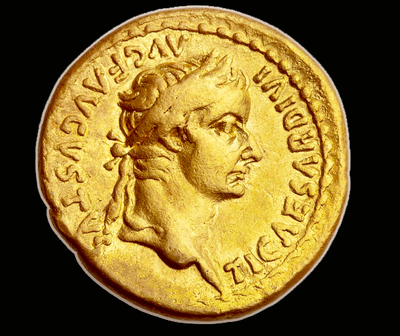 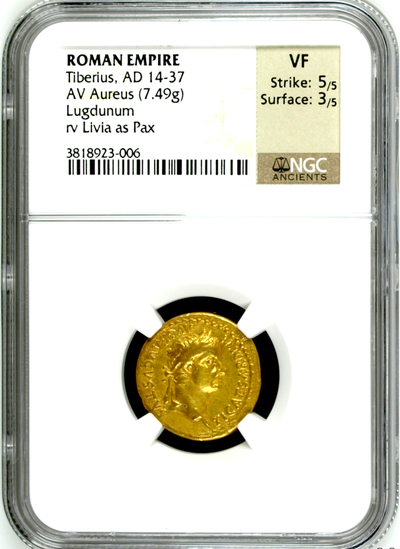 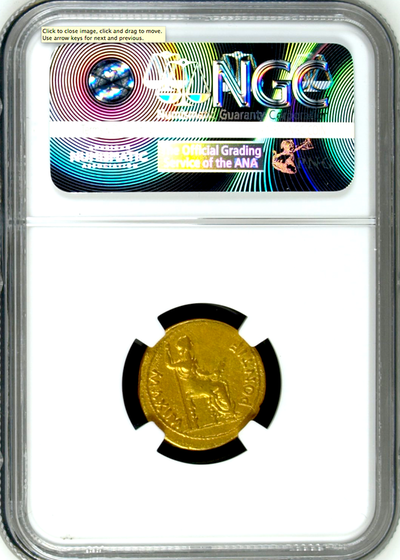 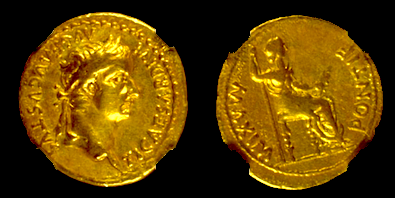