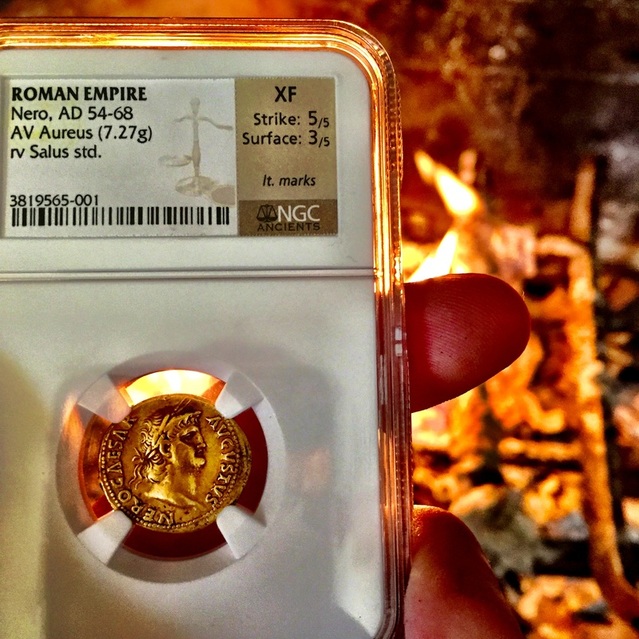 Click above image to view in eBay store
This Gold Aureus (NERO) has exceptionally attractive toning,  and (rarely seen) the Complete visible / legible Names of NERO CAESAR!  Most pieces I've seen the names are cut off or due to off-centering illegible.  This is a VERY RARE opportunity to own such a piece of History dating back 2,000 YEARS!!! 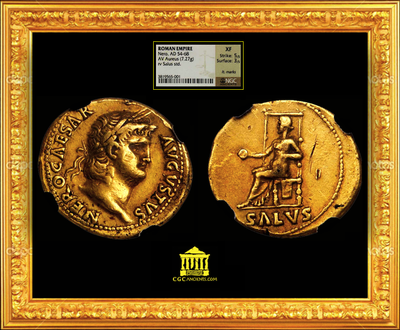 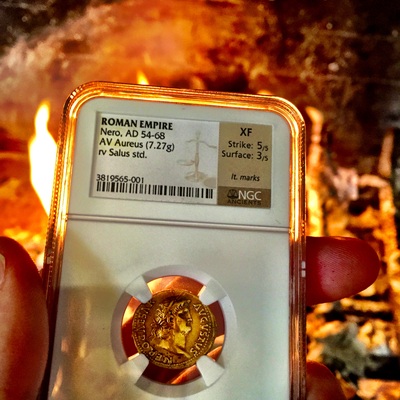 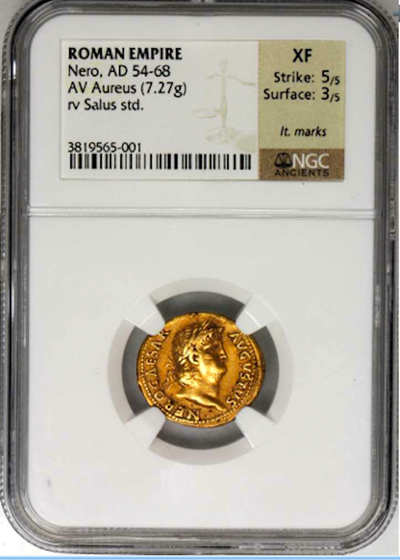 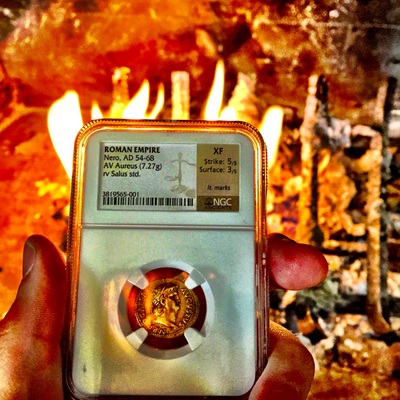 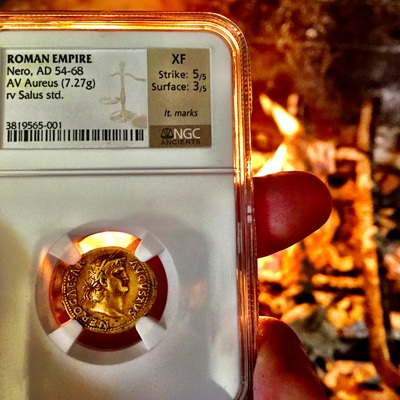 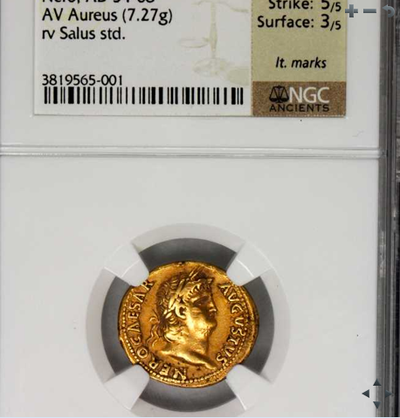 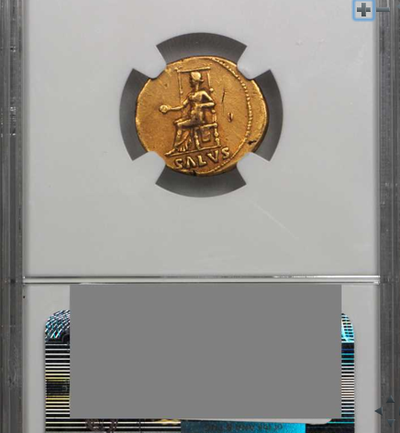 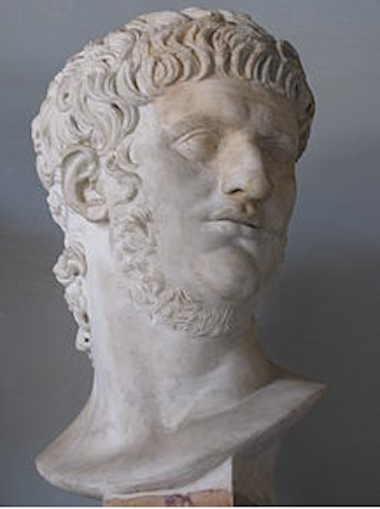