In ancient Rome, the main Temple of Janus stood in the ROMAN FORUM near the Argiletum. It had doors on both ends, and inside was a statue of JANUS, the two-faced god of boundaries. The Temple doors (the "Gates of Janus") were closed in times of peace and opened in times of war.

The Temple of Janus was Numa's (2nd KING of ROME) most famous temple project, which he built to distract the early warlike Romans from their violent ways).

This Gold Aureus (NERO) has exceptionally attractive toning,  and (rarely seen) the Complete visible / legible Names of NERO CAESAR!  Most pieces I've seen the names are cut off or due to off-centering illegible.  This is a VERY RARE opportunity to own such a piece of History dating back 2,000 YEARS!!! 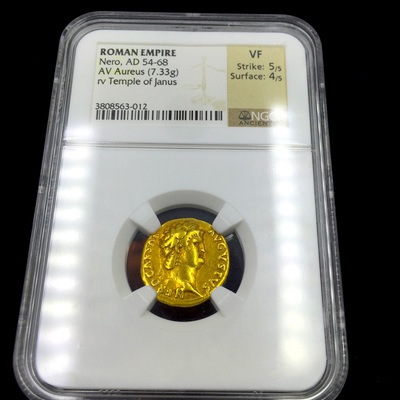 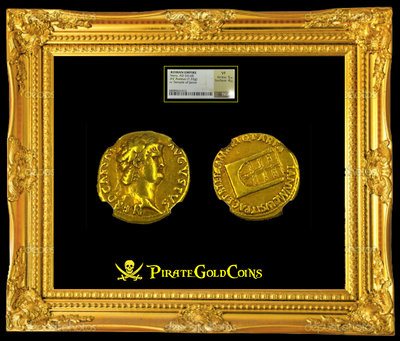 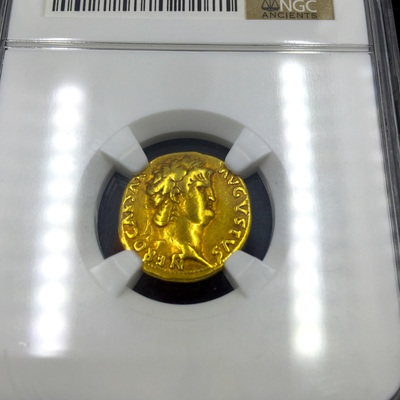 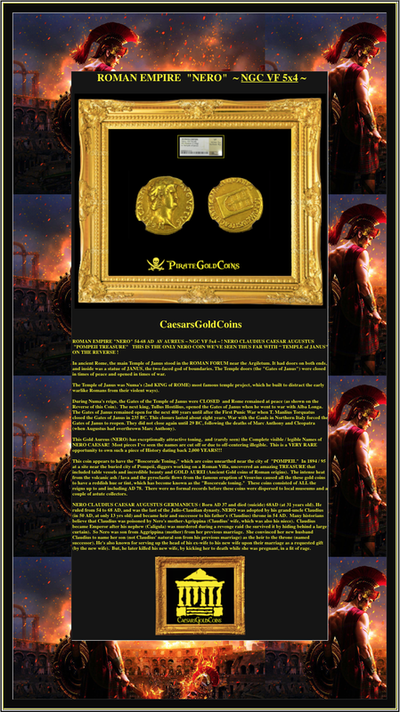 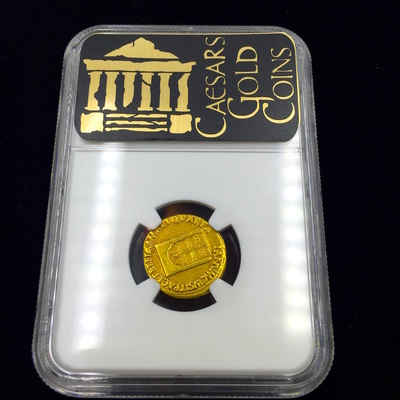 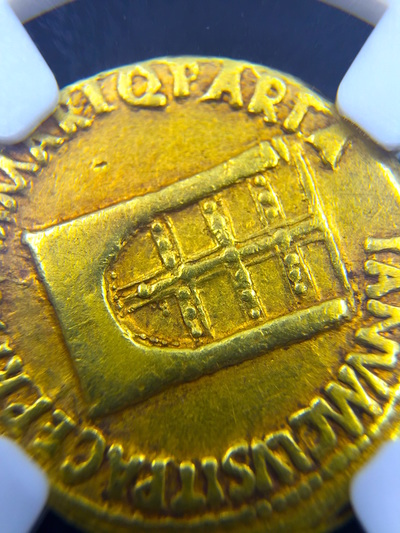 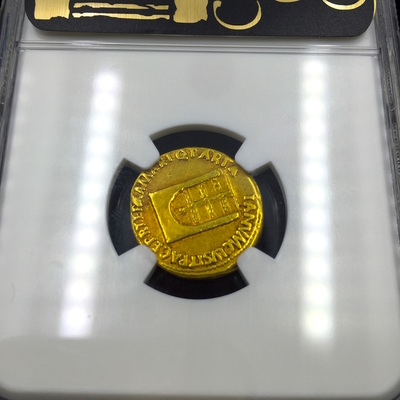