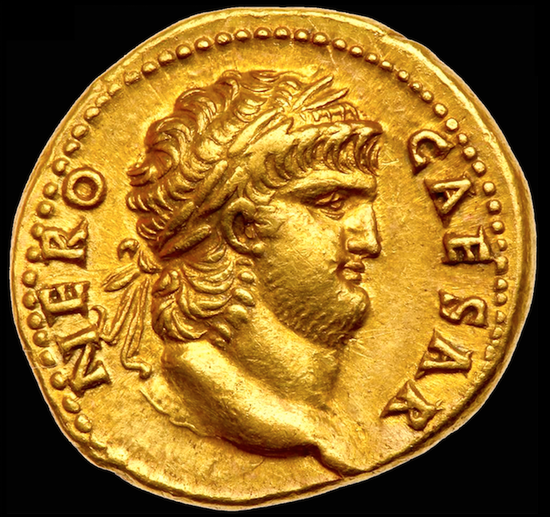 Click above image to view in eBay store
VERY RARE DIE VARIETY – I'VE NEVER SEEN BEFORE NOR HAVE I BEEN ABLE TO FIND THIS DIE VARIETY IN ANY ARCHIVES (NERO on right side of Obverse and CAESAR on the Left side).  THIS IS ALSO THE FINEST GRADE I'VE BEEN ABLE TO UNCOVER IN EXTENSIVE RESEARCH!  " 2,000 YEARS OLD" 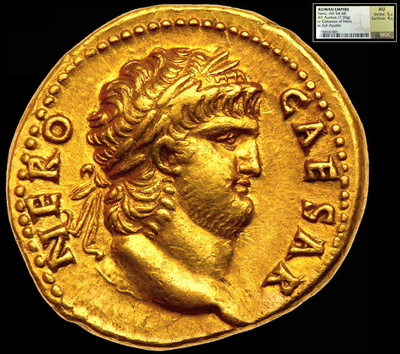 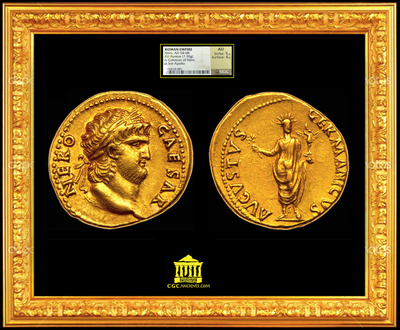 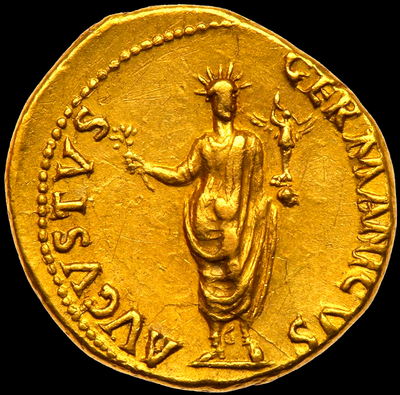 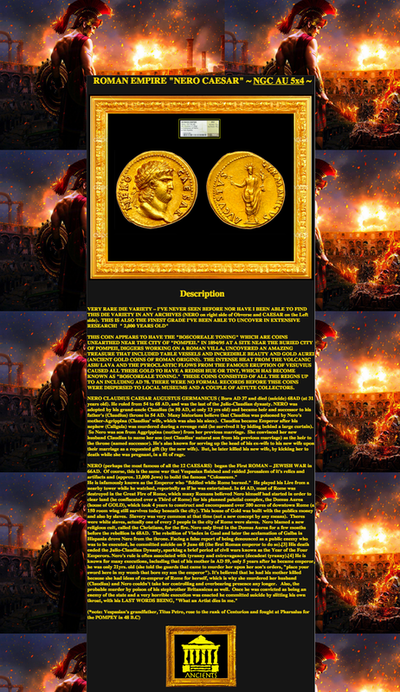