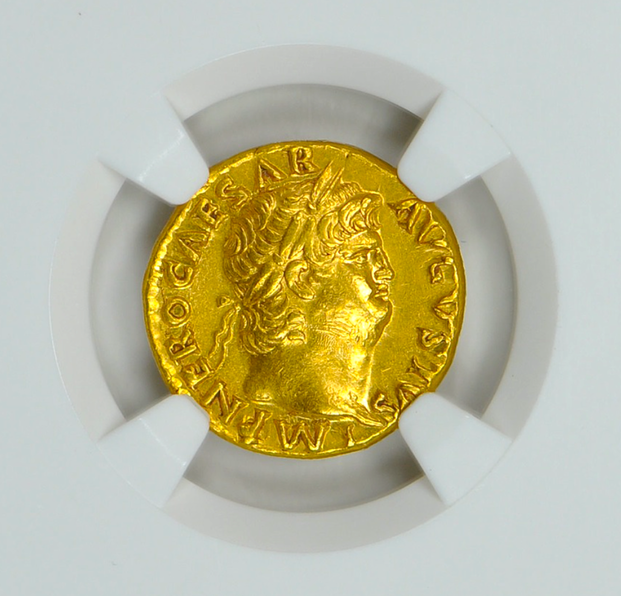 Click above image to view in eBay store
VERY RARE DIE VARIETY – I'VE NEVER SEEN BEFORE NOR HAVE I BEEN ABLE TO FIND THIS DIE VARIETY IN ANY ARCHIVES (NERO on right side of Obverse and CAESAR on the Left side).  THIS IS ALSO THE FINEST GRADE I'VE BEEN ABLE TO UNCOVER IN EXTENSIVE RESEARCH!  " 2,000 YEARS OLD"

THIS COIN APPEARS TO HAVE THE "BOSCOREALE TONING" WHICH ARE COINS UNEARTHED NEAR THE CITY OF "POMPEII." IN 1894/95 AT A SITE NEAR THE BURIED CITY OF POMPEII, DIGGERS WORKING ON A ROMAN VILLA, UNCOVERED AN AMAZING TREASURE THAT INCLUDED TABLE VESSELS AND INCREDIBLE BEAUTY AND GOLD AUREI (ANCIENT GOLD COINS OF ROMAN ORIGINS).  THE INTENSE HEAT FROM THE VOLCANIC ASH/ LAVA AND THE PYROCLASTIC FLOWS FROM THE FAMOUS ERUPTION OF VESUVIUS CAUSED ALL THESE GOLD TO HAVE A REDISH HUE OR TINT, WHICH HAS BECOME KNOWN AS "BOSCOREALE TONING."  THESE COINS CONSISTED OF ALL THE REIGNS UP TO AN INCLUDING AD 78. THERE WERE NO FORMAL RECORDS BEFORE THSE COINS WERE DISPERSED TO LOCAL MUSEUMS AND A COUPLE OF ASTUTE COLLECTORS.

(*note: Vespasian's grandfather, Titus Petro, rose to the rank of Centurion and fought at Pharsalus for  POMPEII in 48 B.C) 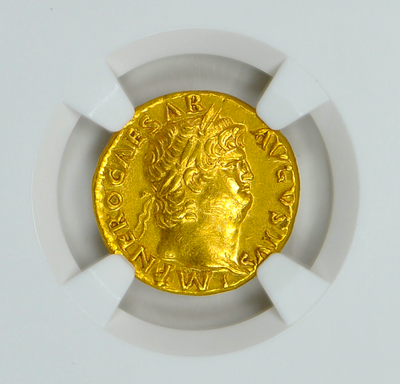 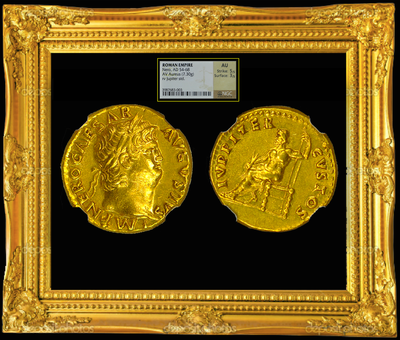 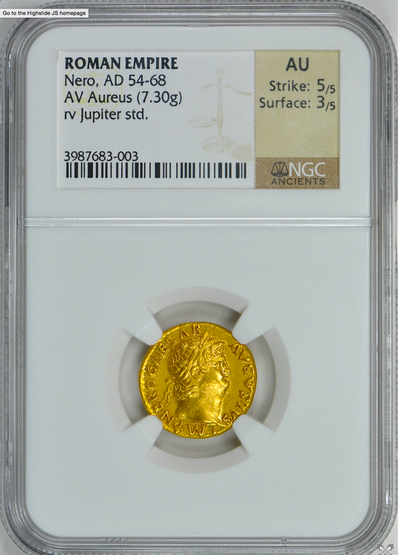 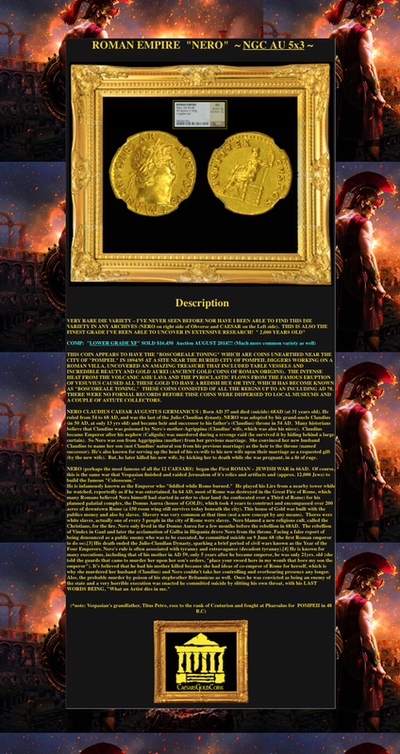 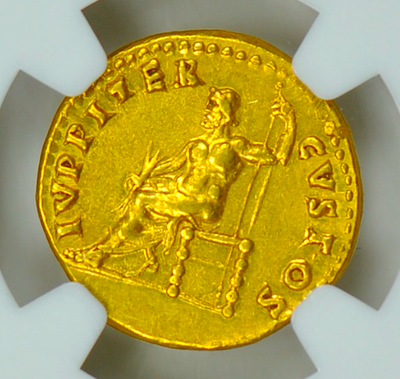