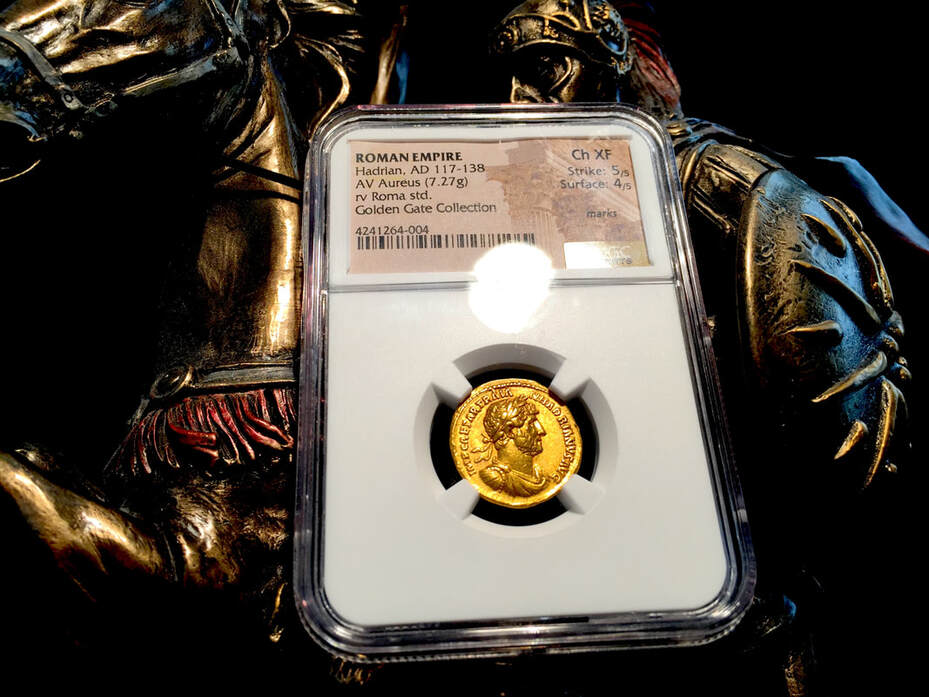 Hadrian was born in Rome in AD 76, the son of a distinguished Spanish senator and related through his mother to the future Emperor Trajan. As the protégé of the emperor, Hadrian seemed marked out for the succession, but he was not formally adopted until Trajan lay on his deathbed in August, AD 117. The transition proved rough, and four distinguished ex-consuls were summarily executed for plotting a coup. Relations with the Senate remained strained throughout the reign. Hadrian abandoned many of Trajan's over-ambitious conquests and engaged in a policy of peace abroad and reform at home. He spent most of his 21-year reign traveling, visiting every province of the Roman Empire. His building projects were many and long-lasting, including Hadrian's Wall in northern Britain and the Pantheon in Rome. Under his patronage, Roman art and sculpture reached its creative peak. This beautiful aureus, which shows the goddess Roma welcoming home the "wandering emperor," can be viewed as the final issue of Hadrian's extensive Travel Series of coins. This bold portrait displays to good effect Hadrian's famous beard, which was a notable departure from the tradition of clean-shaven Roman rulers.

Previous Roman emperors were sometimes depicted on their coins with a scruffy light growth along the jaw line; these instances likely represented a "mourning beard" worn after the death of someone in the Imperial family. Hadrian was the first emperor to sport a full, heavy beard, albeit carefully trimmed. Roman historians present two reasons for his facial hair: (1) to hide unsightly pockmarks on his cheeks resulting from a childhood illness, (2) to show his sympathy with Greek philosophers, traditionally shown as bearded.

Whatever his reasons for growing it, Hadrian's beard kicked off a fashion trend for Roman emperors that lasted nearly two centuries, until Constantine the Great brought shaving back into favor. Hadrian's career of traveling the length and breadth of the Roman Empire culminated in an extended visit to Egypt in AD 130-131, accompanied by a vast entourage that included his wife Sabina and his young protégé and lover, the handsome Bithynian Antinous. During a barge trip up the Nile, Antinous fell overboard and drowned, plunging the emperor into extravagant grief. The incident is shrouded in mystery, with some gossips suggesting that the youth had sacrificed himself in some strange ritual to restore Hadrian's failing health. Whatever the manner of death, Hadrian ordained that Antinous be deified and worshipped as a god, not by the Roman Senate or people, but by the Greek denizens of the Empire who held a more sympathetic view of their emperor's "forbidden love."

​Hadrian finally returned from his travels in circa 132 and retired to his lavishly decorated villa at Tivoli, where Egypt and the Nile were given special prominence. His famous Travel Series of coins was struck during his final years, perhaps as a personal remembrance of his imperial wanderings. This remarkable aureus, of a variety not recorded in the standard references, boasts an astonishing reverse depiction of the river god Nilus surrounded by the fauna of Egypt, rendered in the highest artistry of the age. Unusually, the reverse bears no legend, leaving the engraver's work to speak for itself. 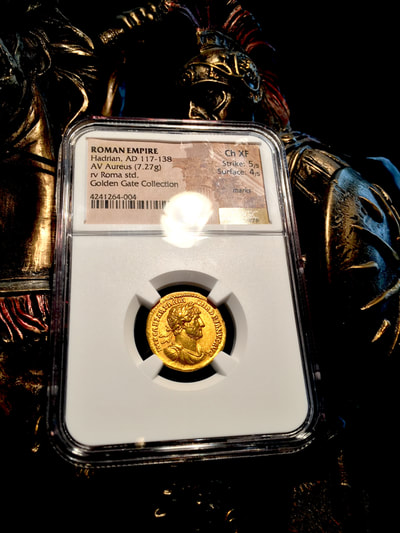 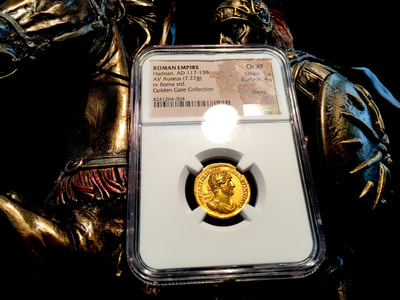 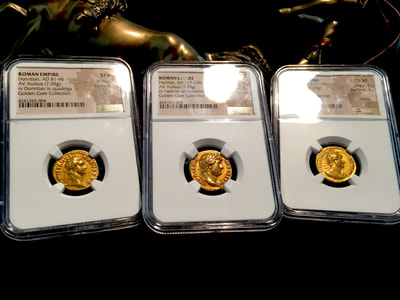 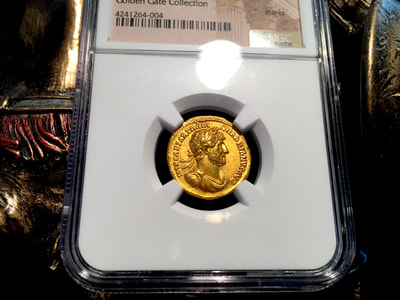 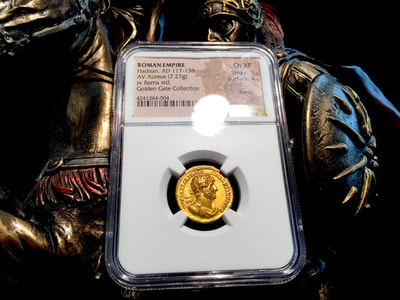 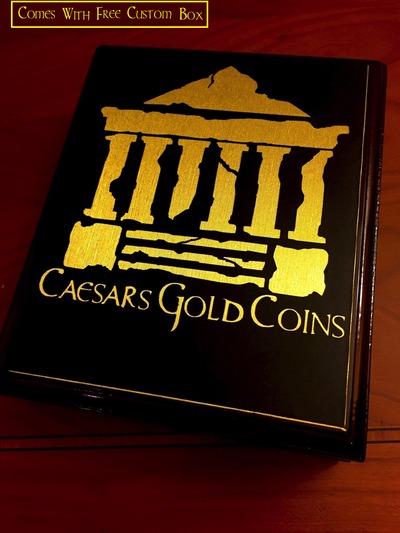 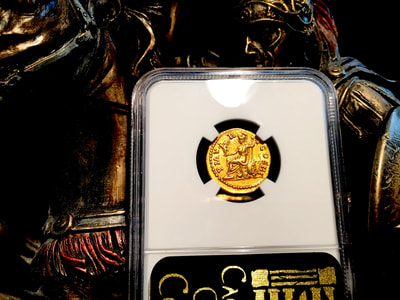 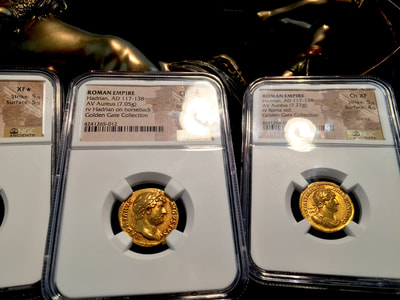 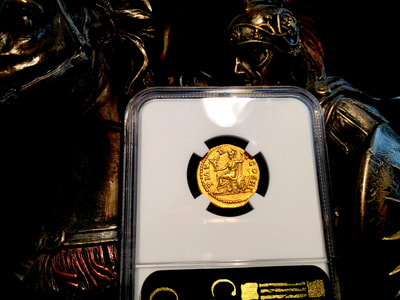 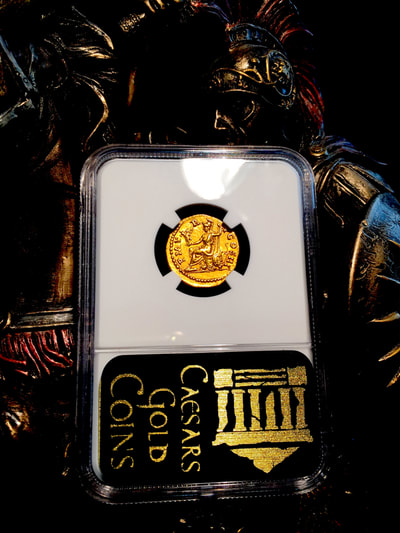 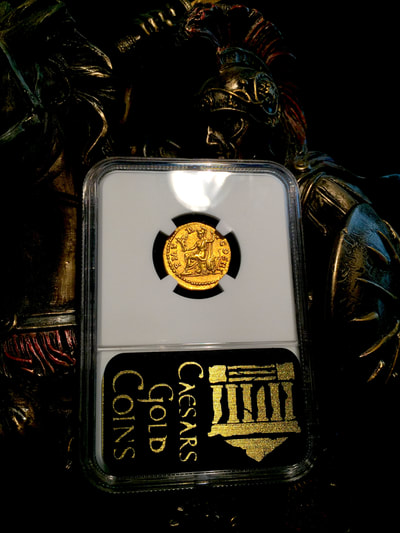