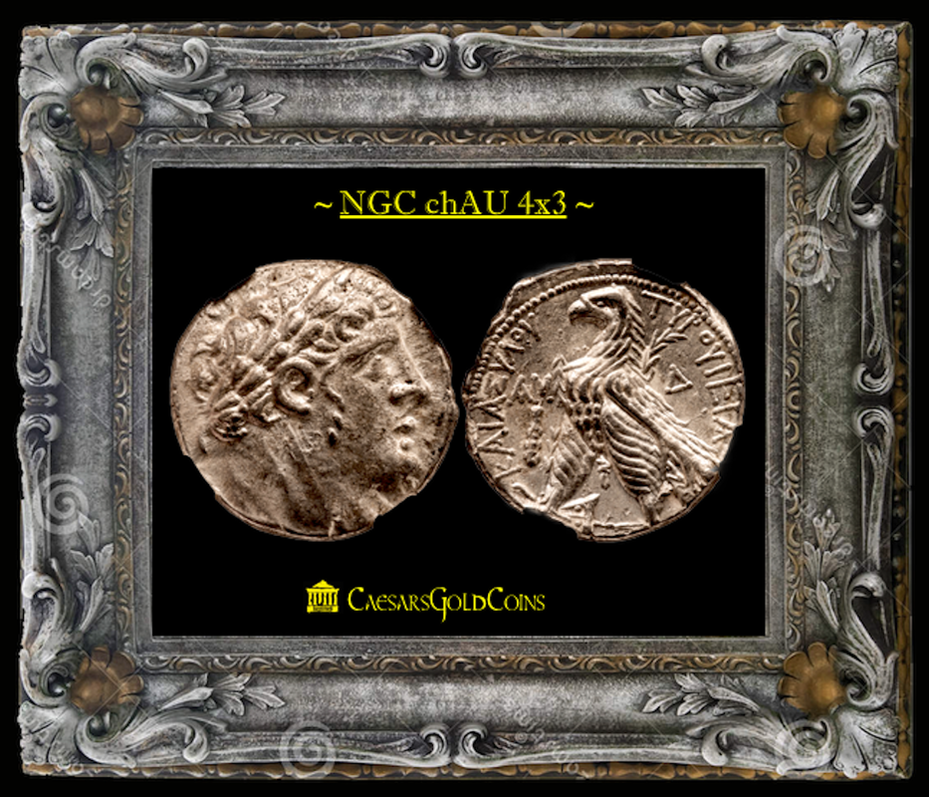 Click above image to view in eBay store
This is the shekel that Jews used to pay their annual tax (they owed  1/2 shekel, this one here is a whole shekel so covered 2 people) once they were over 20 years old they had to pay.The shekel of Tyre was actually the only SILVER coin that Herod the Great minted at Jerusalem. Production of the Tyrian shekel at the Tyre mint occurred 125-19 BC. This is the Pre-Herodian temple Shekel tax each Jew had to pay into the sanctuary treasury. When Herod completed his new temple in Jerusalem in 18 BC, he transferred the minting of this official temple currency from the city of Tyre to Jerusalem.
The "KAP" monogram (Kratos Romaion: power of the Romans) that appears on all shekels after 18 BC is the official mark of Herod's coin minted in Jerusalem.  The minting place of the Tyre Shekel has been subject of discussion since Meshorer's revolutionary concept, published in 1982, that Herod the Great and the authorities at the Jerusalem Temple feared a cessation of minting in Tyre, and transferred this issue to a mint in Jerusalem in around 19/18 BC.  One of Meshorer's principal arguments was based on the decline of style of Tyre shekel of the later type. He believed this degradation was due to the lack of skill of Jewish mint masters, not to mention their disinterest in the pagan designs that they treated with disdain. He referred to them as barbaric and clunky, and suggested their smaller, thicker shape hinted they were direct predecessors to the thick shekels struck by the Jews during the Jewish War. 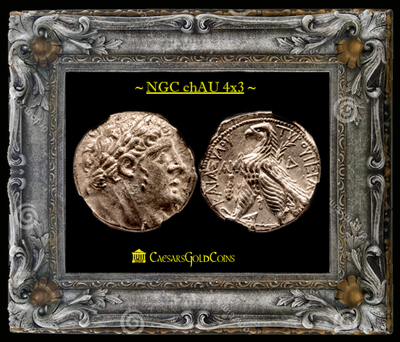 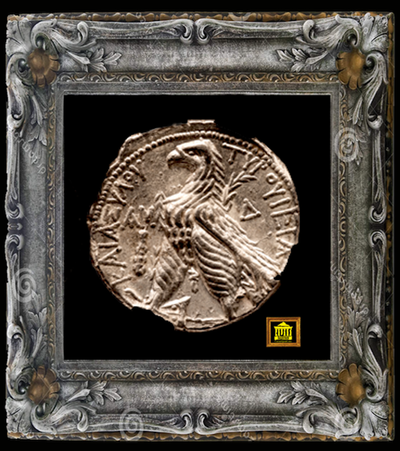