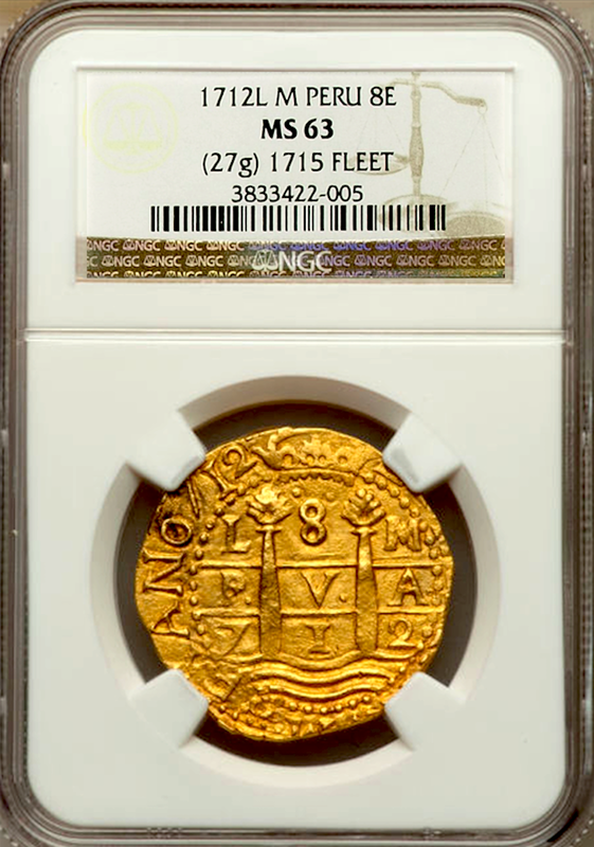 VIEW 2 MINUTE VIDEO ON THIS DOUBLOON BY CLICKING HERE OR ON 'VIDEOS' TAB!

ALSO, THERE'S ALMOST A "FULL CROWN" FRONT AND CENTER (ALSO RARELY SEEN).  THE STRIKE / DETAILS ON THE DEVICES ARE EXTREMELY STRONG AND ESPECIALLY IMPRESSIVE ON THE "CROSS OF JERUSALEM."  NORMALLY WEAKLY STRUCK OR VERY THIN, THIS ATYPICAL PIECE HAS A VERY THICK, EVEN AXIS, STRONGLY STUCK CROSS!  WITH SURROUNDING LEGEDS  "REX. PHILIPUS V. DG. HISPANIA  (KING PHILIP Vth OF SPAIN BY THE GRACE OF GOD."  CERTIFIED THE FINEST KNOWN (POP TOP) AND LIKELY TO REMAIN THROUGH THE AGES.*PLEASE SEE THE ATTACHED CERTIFICATE ~ BOTH DISCUSSING THE PEDIGREE FROM THE "PLATE FLEET" SUNKEN TREASURE OF 1715 BUT ALSO THE CONSULTANT, HIGH NOTED AUTHOR & GRADER'S (FOR NGC) COMMENTS ABOUT THE PIECE HAVING THE ALMOST "PERFECT STRIKE," MOST SUPERIOR ORIGINAL GOLD COLOR/ LUSTER (OF ANY PIECE HE'S EVER SEEN), WITH COMPLETE "UNDOUBLING (CASTLES, LIONS, CROSS AND CROWN)!"  HE ALSO DISCUSSES THE FEW MARINE DEPOSITS (BLACK CORAL) IN THE LEGENDS TO TESTIFY TO IT'S FLEET ORGINS (SUNKEN SHIPWRECK).  HE BELIEVES THIS PIECE WAS SALVAGED FROM THE "REAL 8 SALVAGE CO." FROM THE "DOUGLAS BEACH SITE (NIEVES).  ALSO, HE GOES ON TO STATE THAT THIS PIECE IS ALSO FAR SUPERIOR TO ALL THE 1712 PIECES THAT ARE IN THE FAMOUS "STATE OF FLORIDA COLLECTION."  BETTER ALSO THAN THE PIECES SOLD BY THE "REAL 8 AUCTION CO." FROM 1964 - 1977 AND ALSO BETTER THAN THE NOTORIOUS "SEBRING, THAN THE KARON EXAMPLE AND EVEN THE ELIASBERG COIN (WHERE MONEY WAS NO OBJECT)!  EVEN BETTER THAN THE CALICIO PLATE COINS!  HIS QUOTE SAYS IT ALL, "THIS PIECE IS THE FLEUR de COIN!"
CERTIFICATE 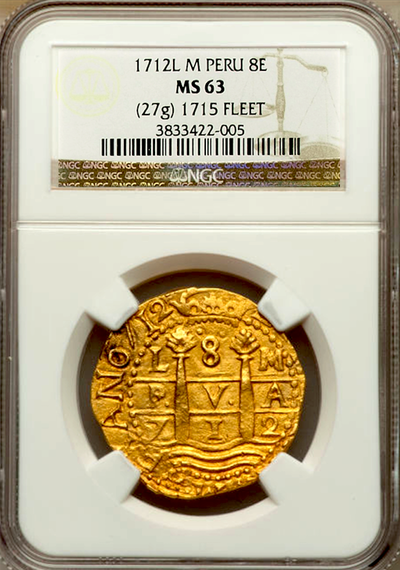 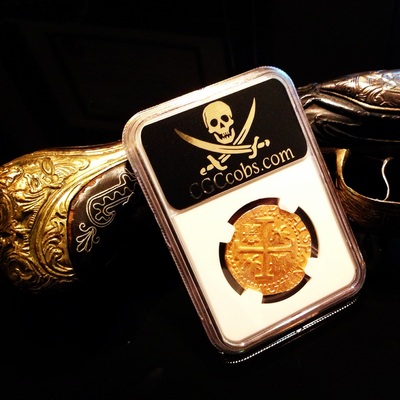 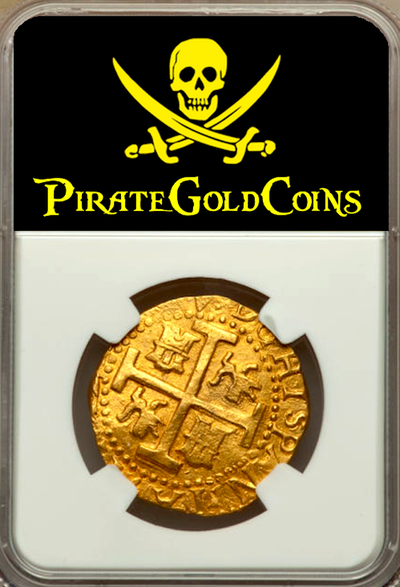 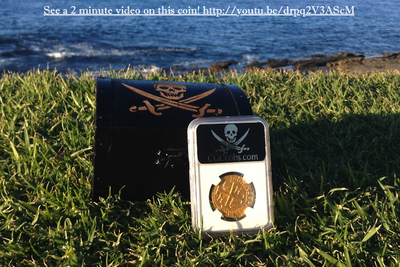 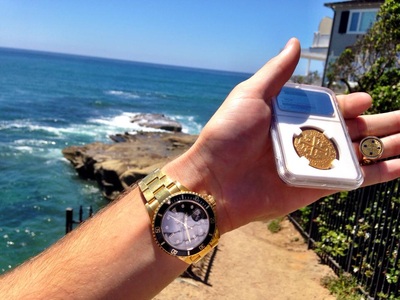 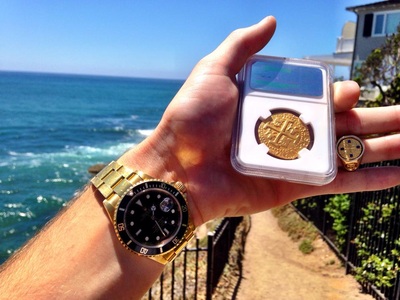 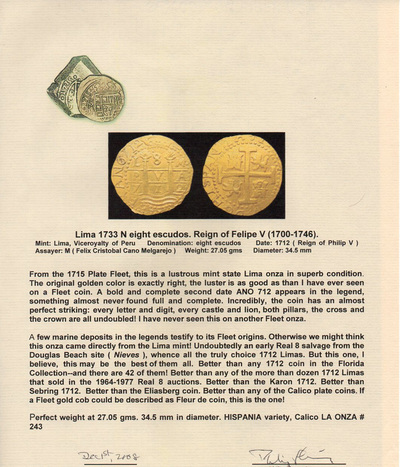 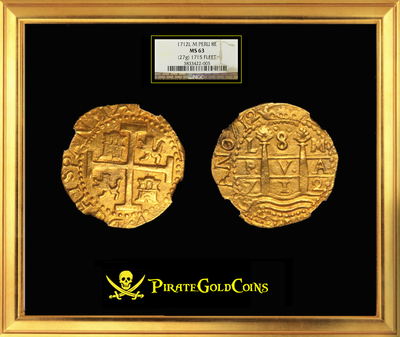 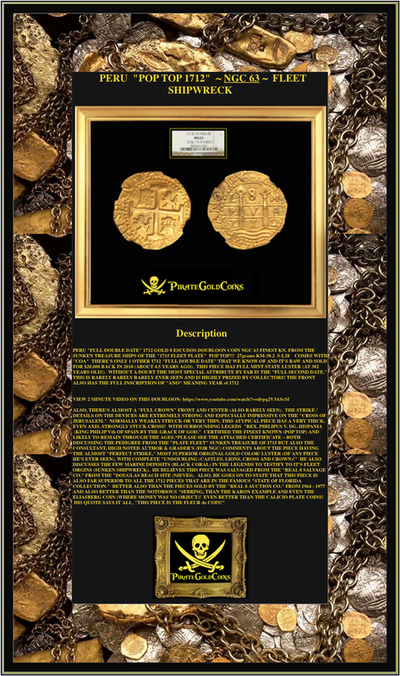 After any other delays, finally the Galleons left Havana on Wednesday July 24th, with favorable winds pushing them at nearly 6 knots.  By the 29th the winds were over 70 knots, with gusts hitting over 100 knots.  The chaplain said, “the water flew in the air like arrows, doing injury to those it hit.”  Finally, at 2:30am on July 31st, the flagship hit the reefs and torn apart, throwing all off her decks and 223 sailors were pounded to death by the rocks.  More than 700 men were missing, wreckage and bodies scattered for almost 30 miles along the coast.