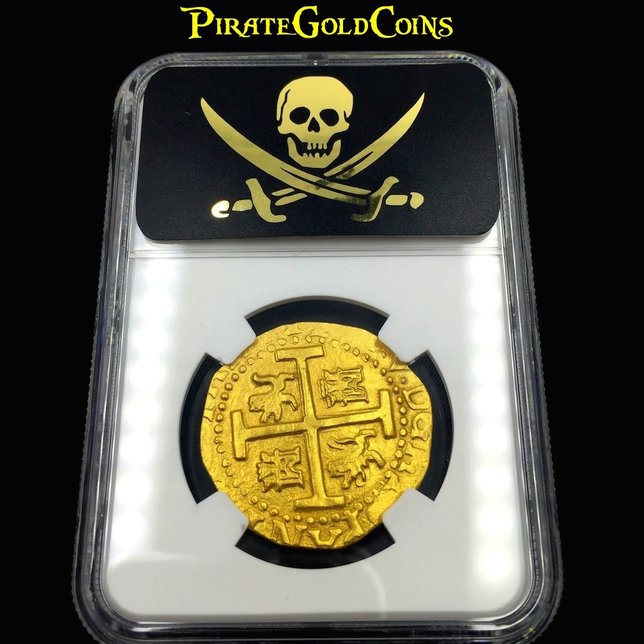 "NO ~ NO ~ NO DOUBLING ON THE STRIKES,  FRONT OR BACK & ALMOST PERFECTLY ROUND (RESEMBLING A ROYAL) ~ RARELY RARELY SEEN!!!  “2nd FINEST KNOWN!” THERE’S ONLY 1 PIECE AT 1 PT. HIGHER (ONE IN 64 AND THIS PIECE SOLD EARLY IN 2015 AT APPROX. $35,000!  HOWEVER, THE 64 IS MOST DEFINITELY INFERIOR TO THIS 63 (IN SEVERAL IMPORTANT ASPECTS).  THE FRONT OF THIS PIECE  HAS THE FULL INSCRIPTION OF "ANO" MEANING YEAR of 1711.  ALSO, THERE'S  A GOOD STRONG "CROWN" FRONT AND CENTER (ALSO RARELY SEEN).  THE STRIKE / DETAILS ON THE DEVICES ARE EXTREMELY STRONG AND ESPECIALLY IMPRESSIVE ON THE "CROSS OF JERUSALEM," LIONS & CASTLES, WHICH ARE NORMALLY WEAKLY STRUCK OR HAVE A THIN CROSS.  THIS ATYPICAL PIECE HAS A VERY THICK, EVEN AXIS, STRONGLY STUCK CROSS!  WITH SURROUNDING LEGEDS  "REX. PHILIPUS V. DG. HISPANIA  (BY THE GRACE OF GOD KING PHILIP Vth OF SPAIN AND THE INDIES.”  ON THE OBVERSE, BESIDES THE STRONGLY STRUCK "ANO"  IS ARE BOLD MINT & ASSAYER:  "L ~ LIMA" AND THE ASSAYER ~ M.   ALONG WITH NICELY FORMED DEEP WAVES AND THE P.V.A (PLUS ULTRA = MORE BEYOND, MEANING BEYOND THE STRAITS OF GIBRALTAR, THROUGH THE PILLARS OF HERCULES).  THE GATEWAY FROM THE MEDITERRANEAN SEA TO THE ATLANTIC OCEAN. 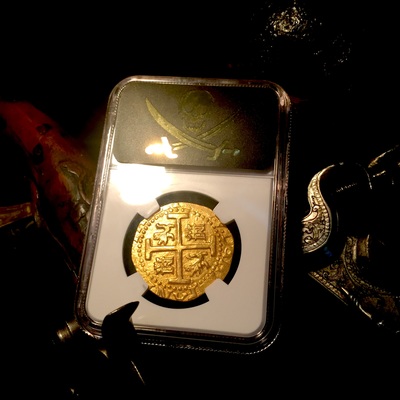 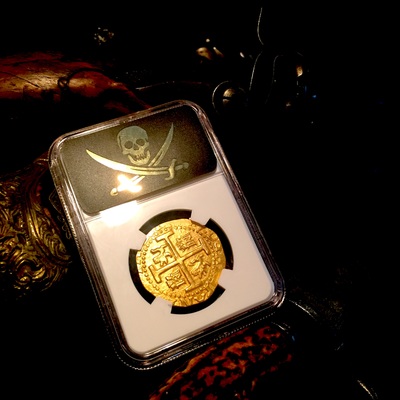 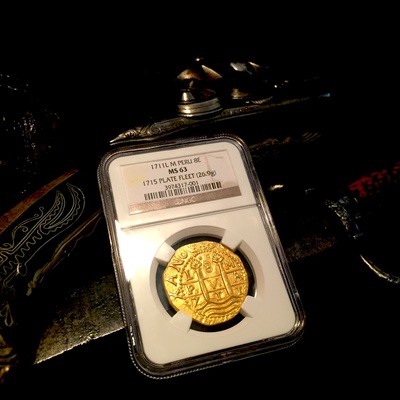 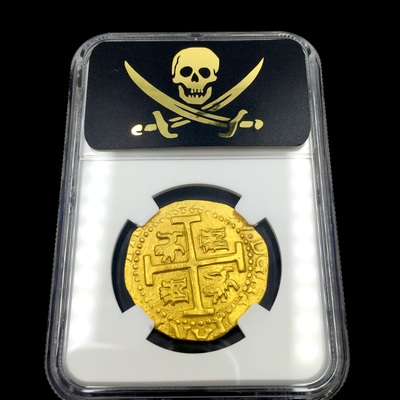 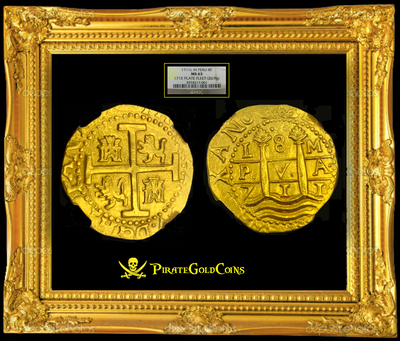 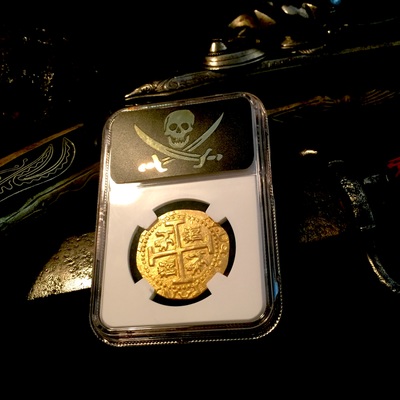 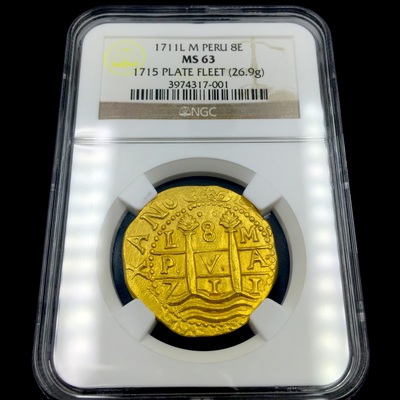 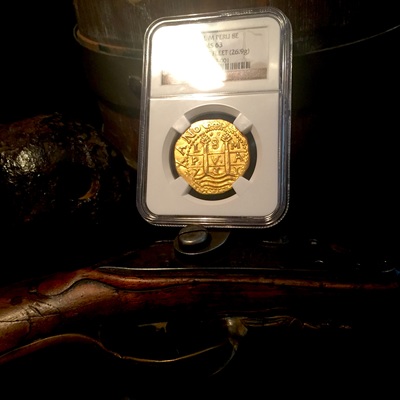 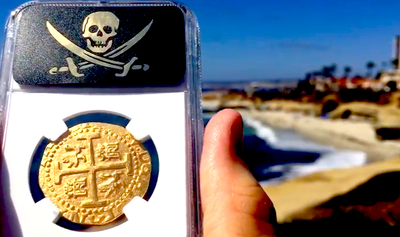 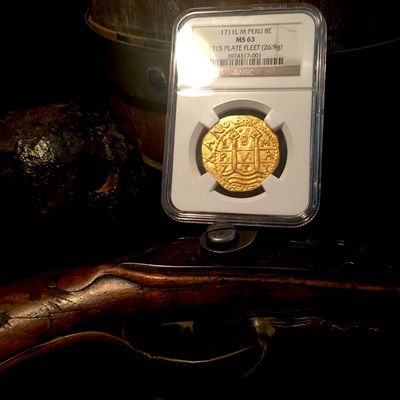