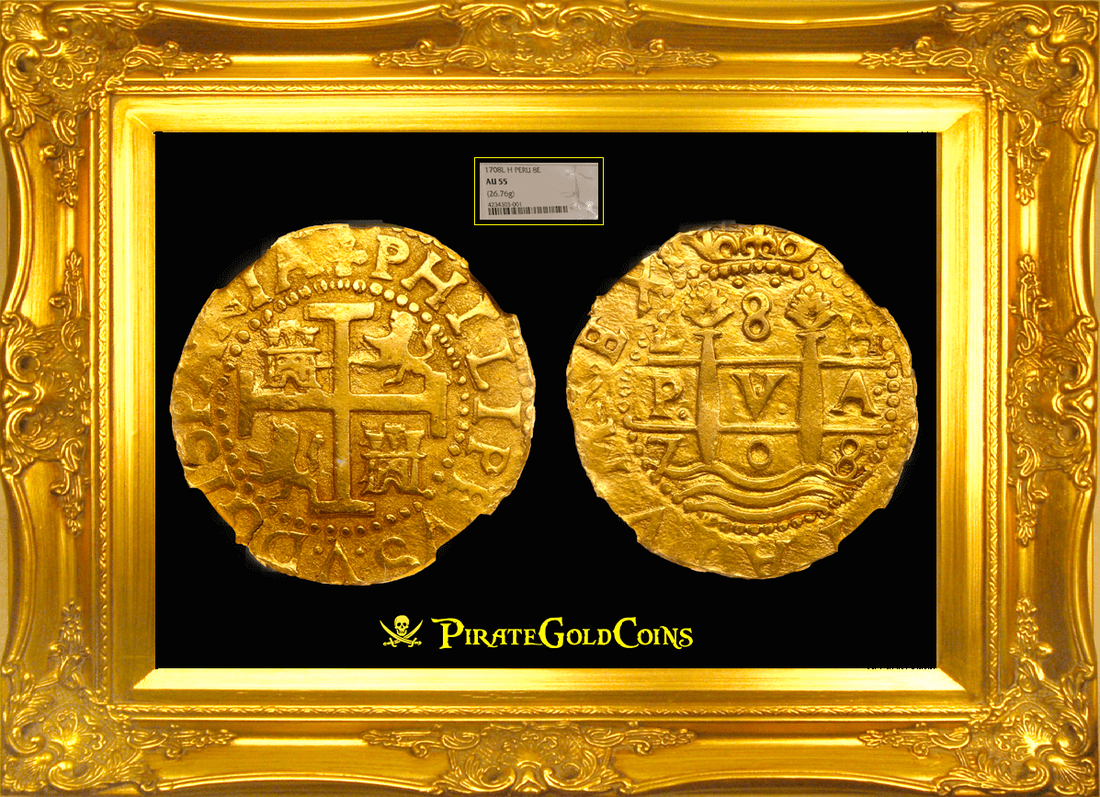 Click above image to view in eBay store
THIS BEAUTIFUL GOLD “PIECES OF EIGHT” HAS HAD A 300 YEAR JOURNEY!  STRUCK ON A VERY LARGE PLANCHET, MAKING ROOM FOR ALMOST COMPLETE LEGENDS ON BOTH OBVERSE & REVERSE.  THE STRIKE IS IS INCREDIBLE AND CERTAINLY REFLECTS IT'S SHIPWRECK HISTORY, DISPLAYING ENCRUSTRATIONS THROUGHOUT THE DOUBLOON~REFLECTING IT'S TIME IN THE OCEANS DEPTHS., A VERY DEEP AND BOLD STRIKE INDEED AND ABSENT OF ALMOST ANY DOUBLING!  THE CROSS SIDE HAS THE SAME DEEP STRIKE, EVEN THE CASTLES DISPLAY EACH WINDOW AND THE COMPLETE KING’’S NAME IS INTACT (RARELY EVER SEEN).  THE LUSTER ON THIS GOLD DOUBLOON IS WHAT SPEAKS TO ME THE MOST, JUST A STUNNING PIECE! WEIGHING IN AT A FULL WEIGHT OF 26.9grams.  ASSAYER ~ H (HURTADO).

From the 1715 PLATE FLEET ~ this piece is  consistent with all the other Uncirculated  high quality pieces, which were salvaged by the Real 8 co. from the Douglas Beach site (Nieves), testifying to its Fleet origins.  Most of the 1712’s (&11’s) were originally sold in the Real 8 auctions between 1964-1977.
The Nuesta Senora de las Nieves y las Aminas (under Captain- General Ubilla and captained by Francisco de Soto Sanchez (who actually owned this vessel, built in Portugal, coming in only at 192.5 tons with a dozen cannons wrecked at Frederick Douglas Park (Douglas Beach).  The Nieves’ manifest registered 44,000 pesos of GOLD on board.  This wreck site was NOT worked by Spanish salvors of the day, who concentrated their efforts on the larger vessels for the next four yrs. This galleon had vast amounts of contraband and modern day salvagers brought up gold and silver bars “without tax stamps,” as well as emerald studded rings and jewelry. Indeed, this is the site where Bob Weller brought up the famed “golden rosary” with a 6’ chain.

Clearly displayed on this piece, are very strong and bold strikes, as well as on both legends and devices. There’s very minor doubling on the cross  and displays  a good portion of the Crown as well.​

The 1712 was the 2nd year behind the inaugural 1710’s to strike a “Double date” in the legends.  In 1710  (first year of Double dating), assayer Hurtado was in his final year.  Assayer Melgarejo “M” was appointed in 1711, still a mystery to date, he ceased the “Double Date” practice; but resumed it again in 1712. Fortunately for modern salvaging, for over 50 years on the 1715 wreck sites, most dates are obtainable; prior to this, the 1708 – 1714 dates were rare to extremely rare. 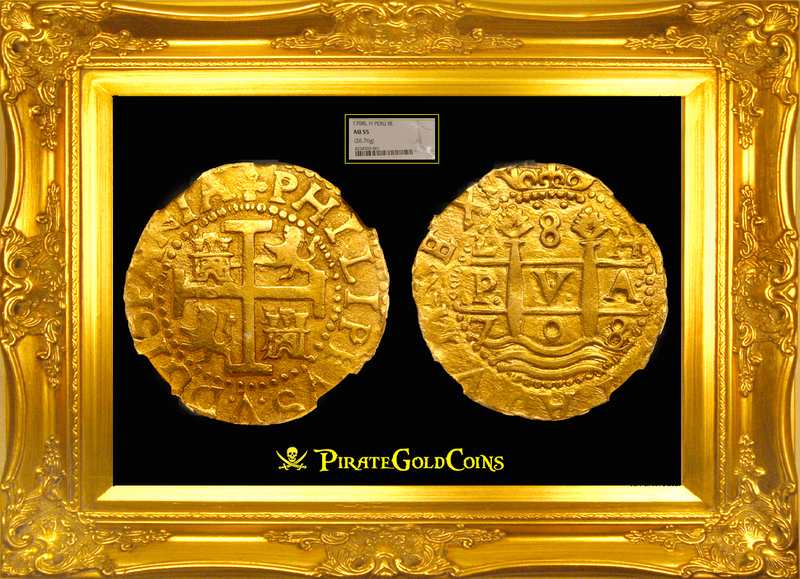 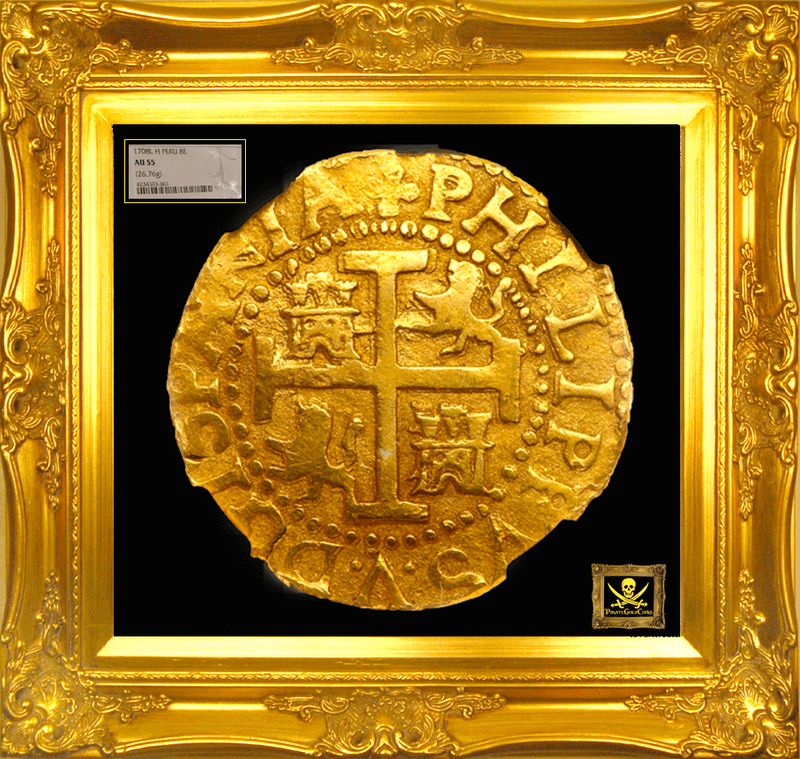 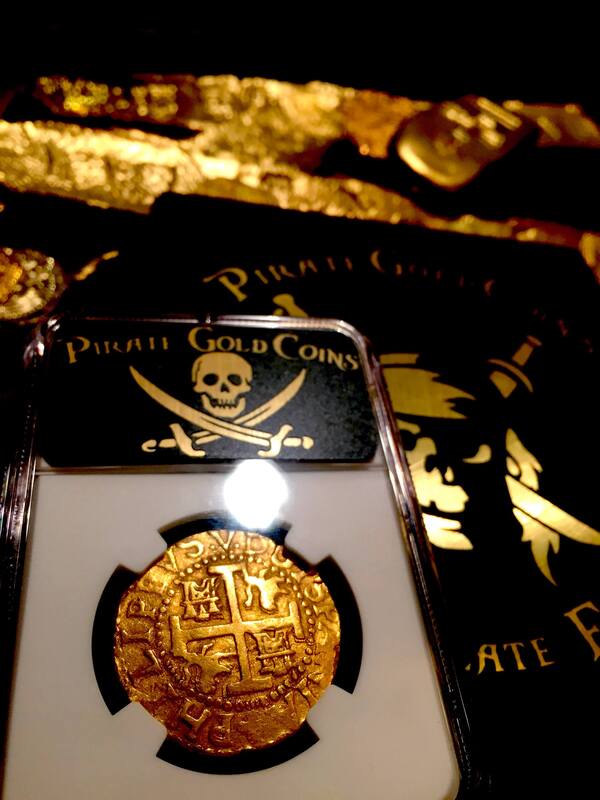 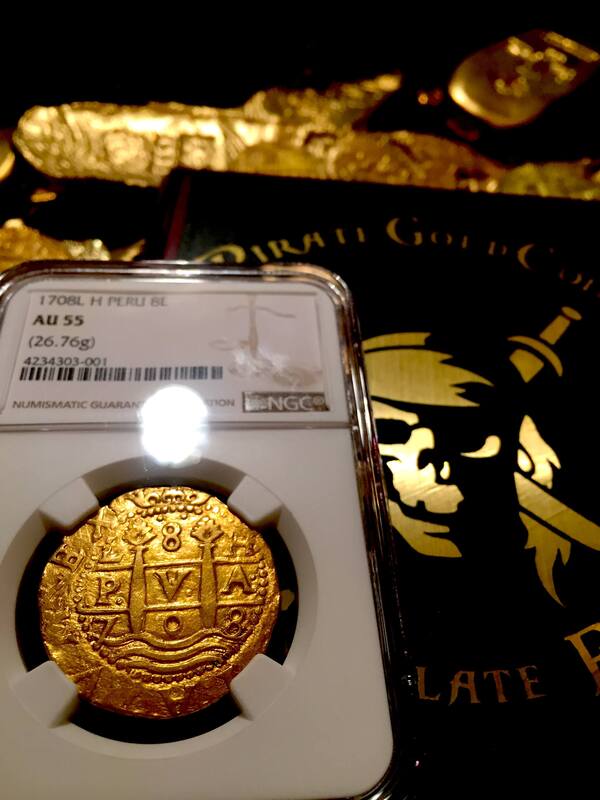 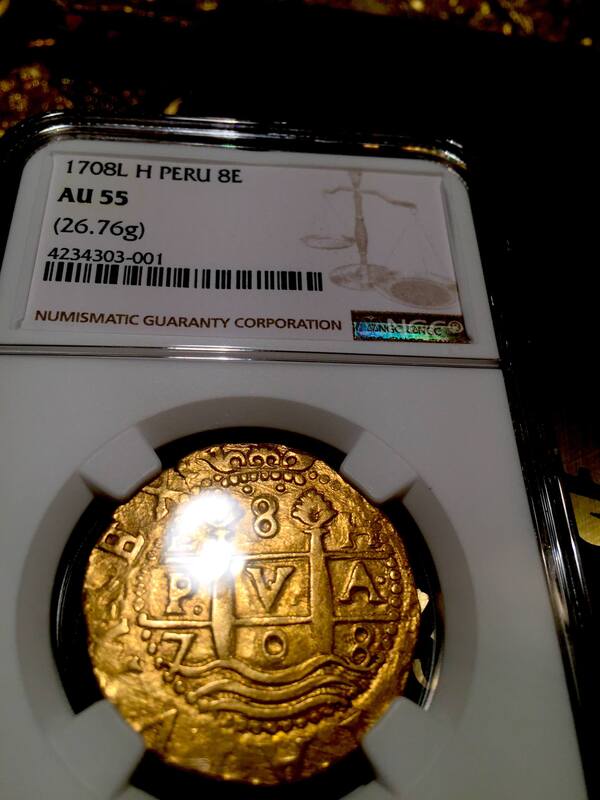 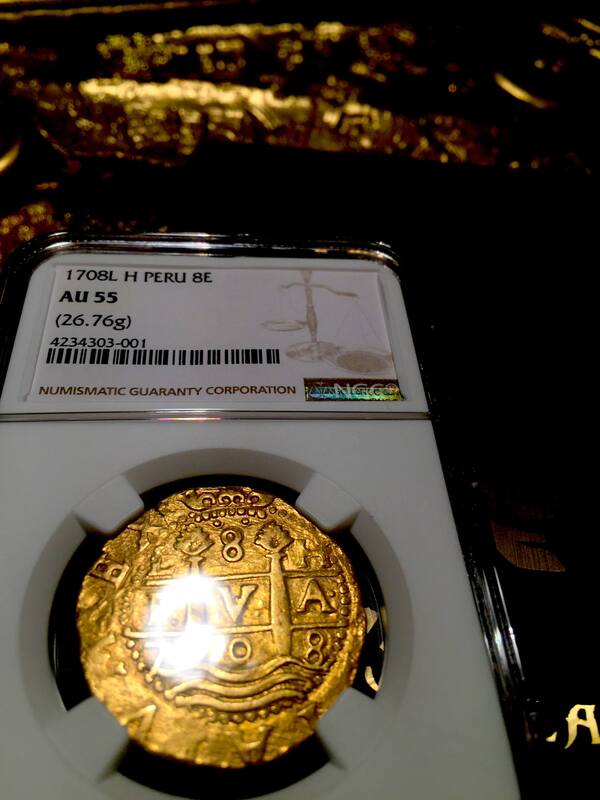 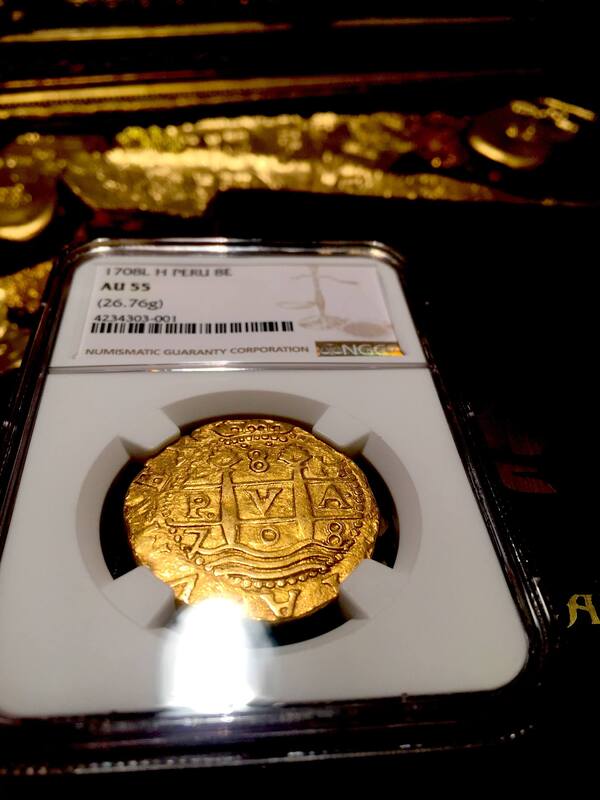 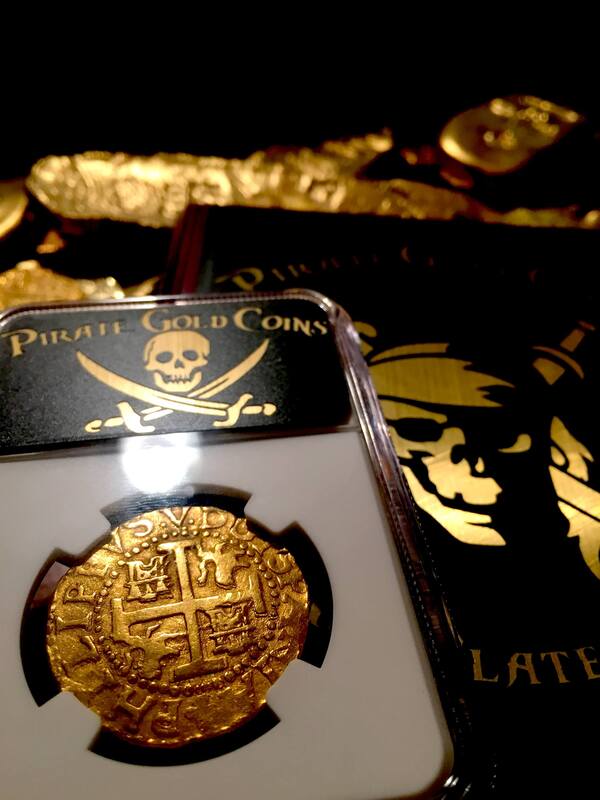 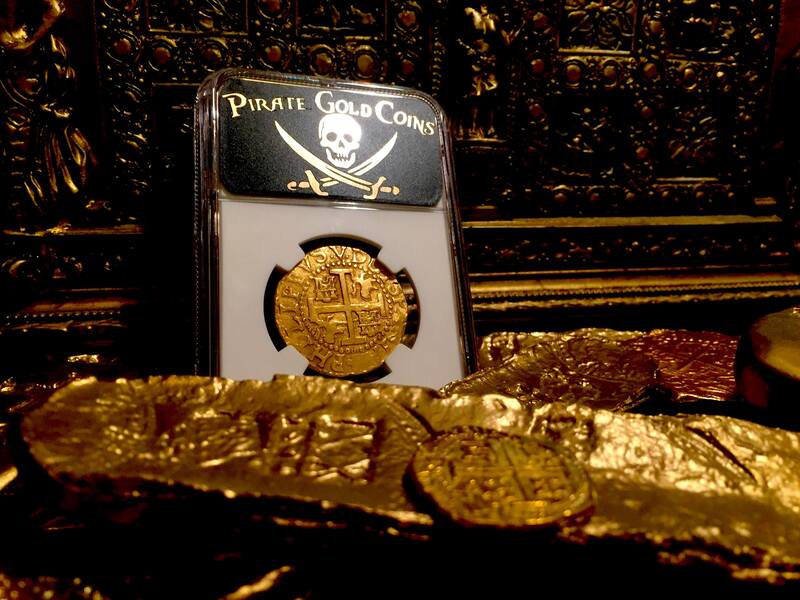 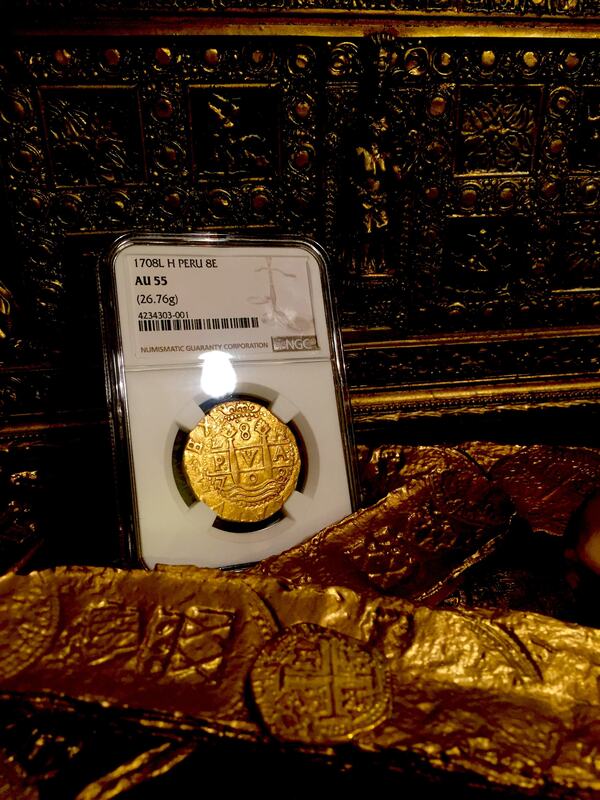 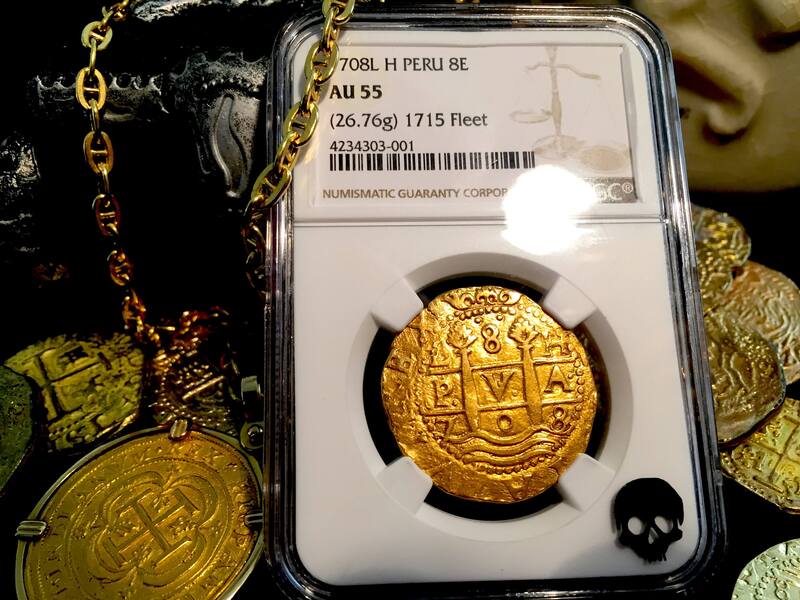 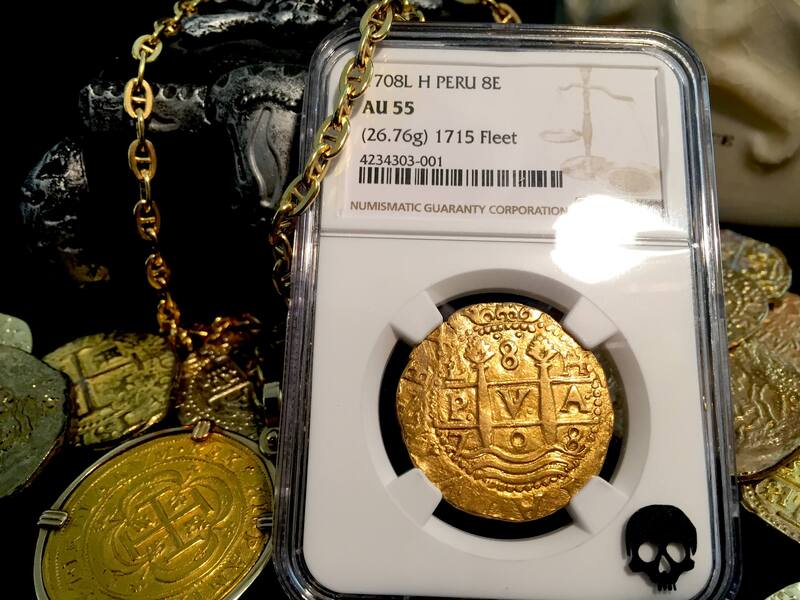 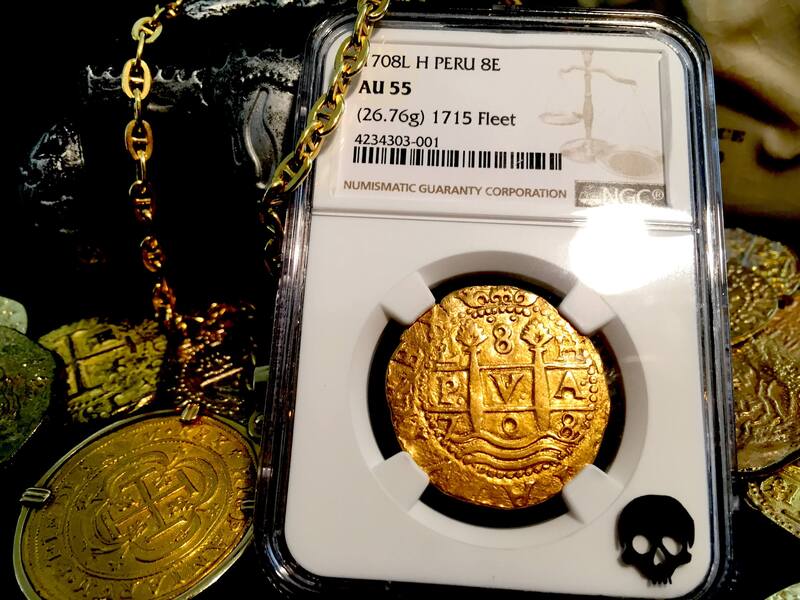 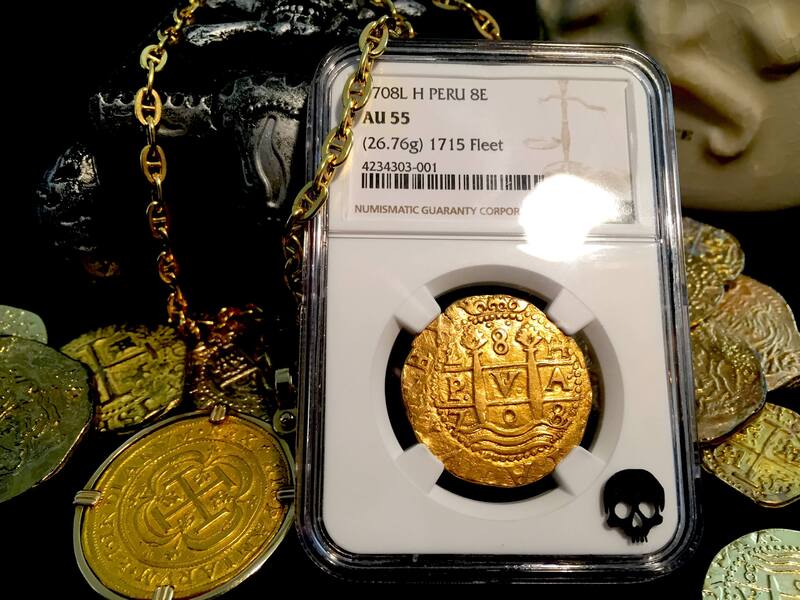 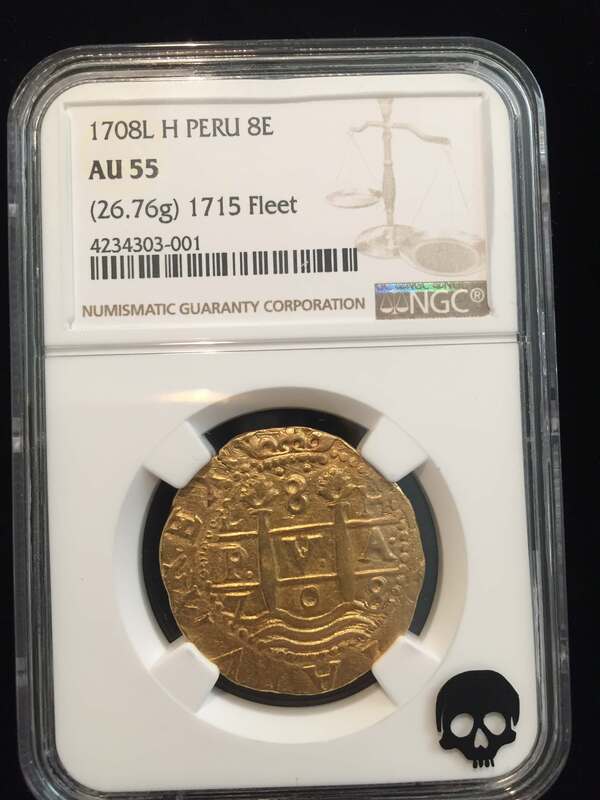 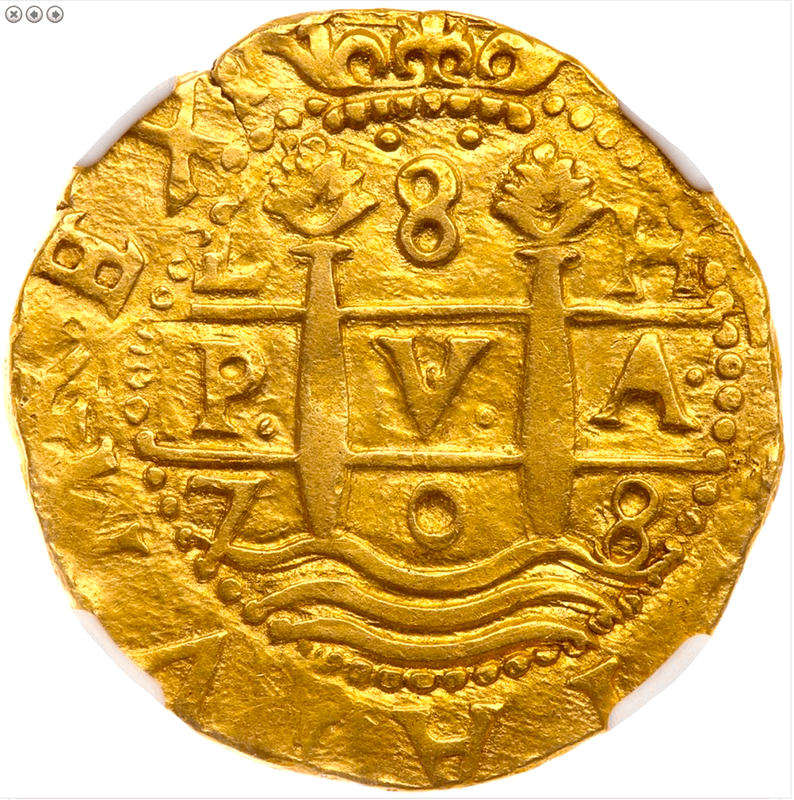 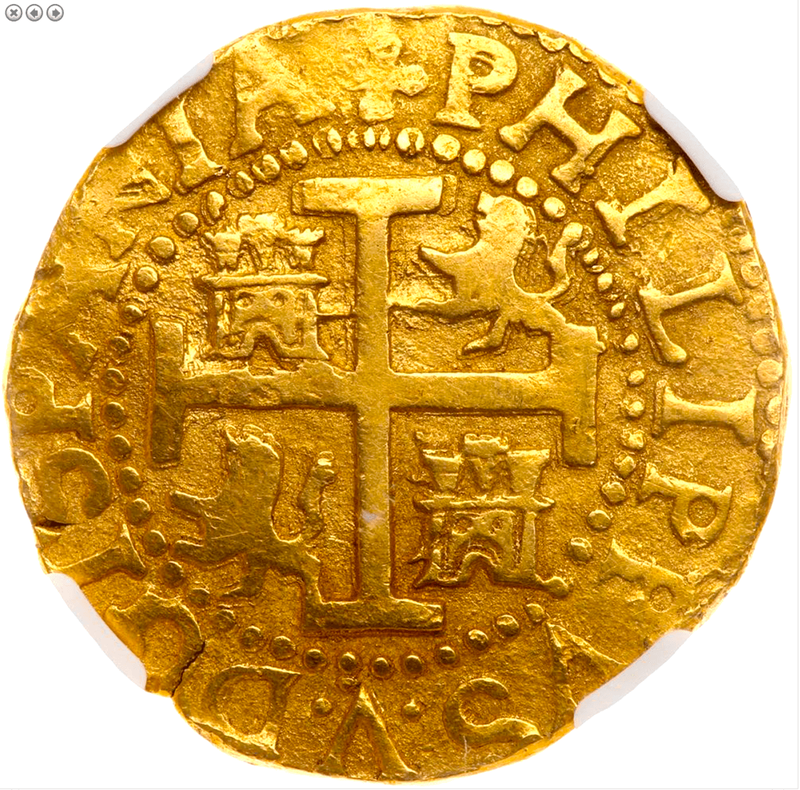 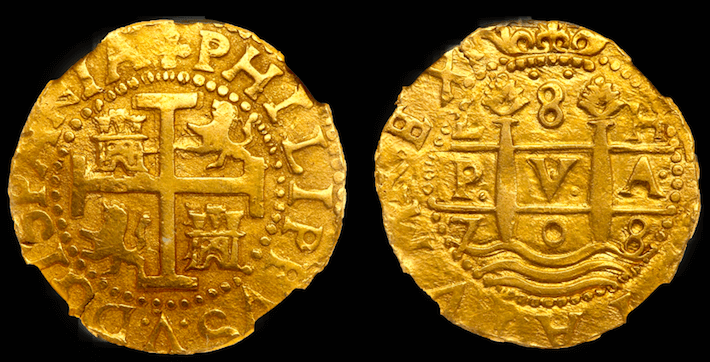