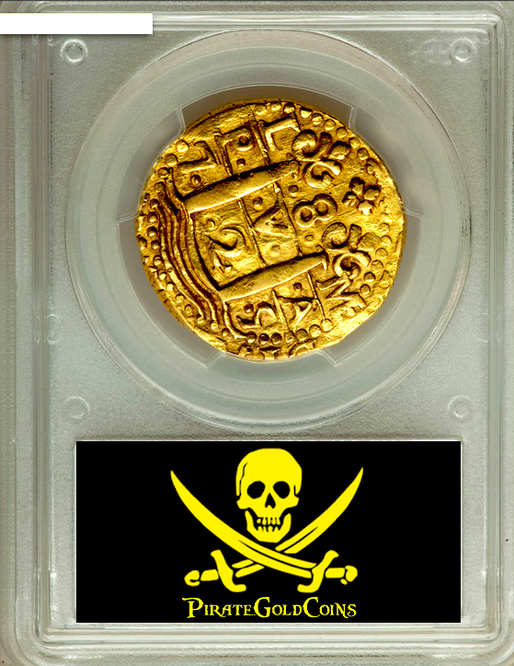 Click above image to view in eBay store
PERU GOLD COIN Doubloon "Luis I"  GOLD Cob 8 Escudos 1725 L-M XF45  PCGS POP 1,   (Lima mint, KM40, Onza-543)  A SINGLE YEAR TYPE (Luis I clearly visible at 5 o'clock on Cross side) ~ known to be the Scarcest and most romantic of the Entire Cob Series!!!  This piece was ONLY struck for 1 YEAR (by hand of course) since King Luis 1st only reigned for 7 months (January 15th 1724 until August upon his death)  since he fell ill and death from smallpox.  His father (King Philip Vth) abdicated the throne to Luis I on January 14th 1724 and upon his son's death he regained back the throne until his death in 1746.  This is of course the same Philip Vth that inherited the Spanish kingdom from Charles II (who had no children) and named Philip Vth (of France), which generated the "War of the Sucession."  King Luis I was buried in the Cripta Real del Monasterio de El Escorial complex, where he remains to this day.

Of course this extremely short reign (7 months) produced a "One Year Type" and very rare issue!  Luis I passed in Aug. 1724 but communications were slow throughout the kingdoms and thus these Doubloons were struck bearing the year "1725."  This is the "most perfectly round flan" we've ever seen from all the issues!  The Strike on this piece is nothing short of amazing ~ the obverse (Pillar side) has a VERY strong strike, with NO doubling whatsoever, this is very atypical for the type and the strong strike carries throughout the entire coin.  From the Waves, the Pillars (even the tops of pillars) and the letters and numbers – just astonishing.  This coin is extremely under graded (and you will not find me saying this often, perhaps almost never) and I will most certainly be sending it in to the other grading service (which has much more experienced graders then the co. that has graded it this time).  The Cross is very thick and is Not victim to common doubling as well, same with the Lions & Castles.  Clearly a rare opportunity to own this 1 Year Type! 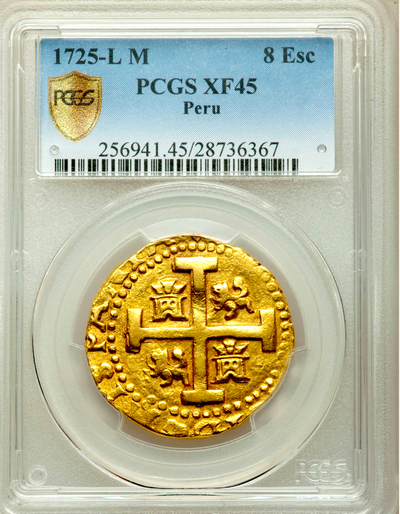 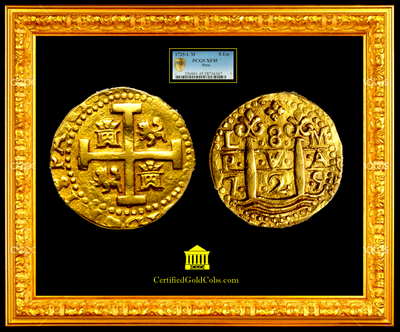 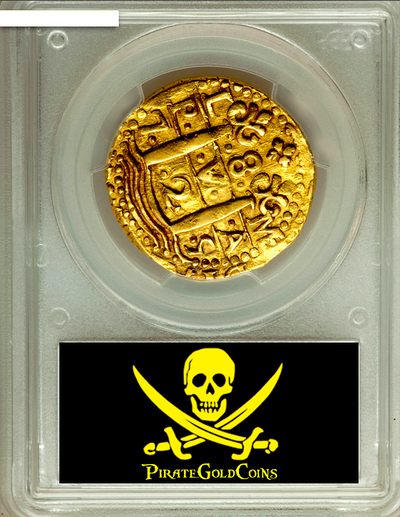 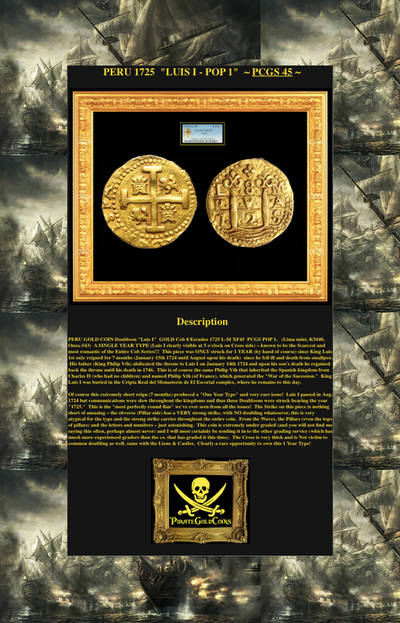 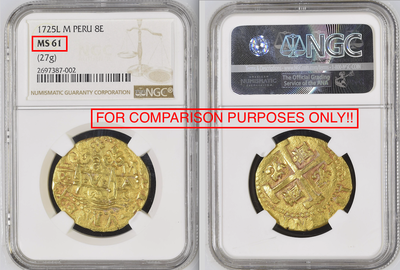 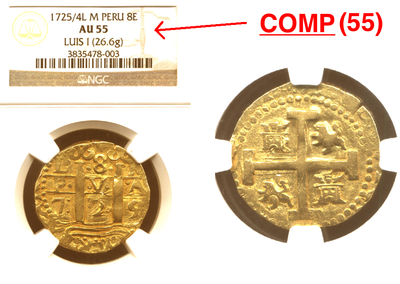