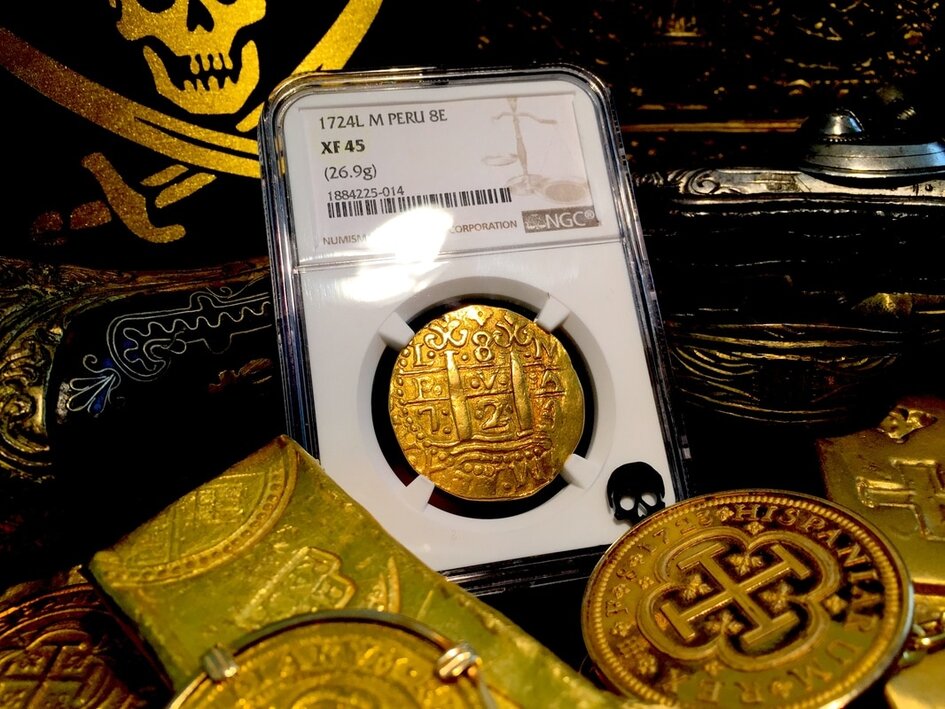 PERU GOLD Doubloon COIN "King Philip V & Luis I"  GOLD Cob 8 Escudos 1724 L-M XF45  NGC POP 1,   The ONLY  YEAR that King Luis I  reigned!  King Luis 1st only reigned for 7 months actually (January 15th 1724 until August upon his death)  since he fell ill and died from smallpox.  His father (King Philip Vth) abdicated the throne to Luis I on January 14th 1724 and upon his son's death he regained back the throne until his death in 1746.  This is of course the same Philip Vth that inherited the Spanish kingdom from Charles II (who had no children) and named Philip Vth (of France), which generated the "War of the Sucession."  King Luis I was buried in the Cripta Real del Monasterio de El Escorial complex, where he remains to this day.  Communications to the New World mints were very slow (they awaited  voyages to deliver their news) so the 1724 Series was struck with King Philip V’s name in their legends.  By the time the new mints learned of King Luis I taking the throne it wasn’t until 1725 (of course he had already passed in August or 1724), so the 1725 Series were struck with Luis I name; however, the 1724 is “the ONLY YEAR” that Luis I was King.  Making this the ONLY known certified example to exist while King Luis I sat in power (making this a very sought after piece). 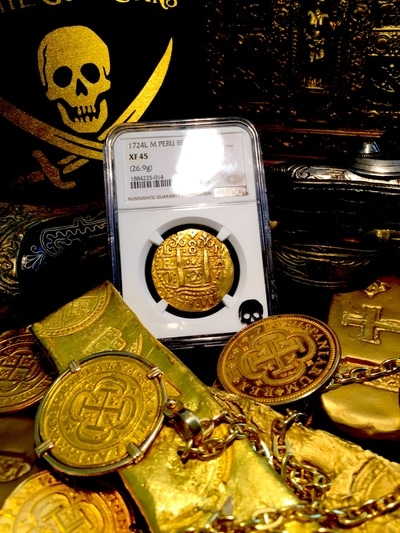 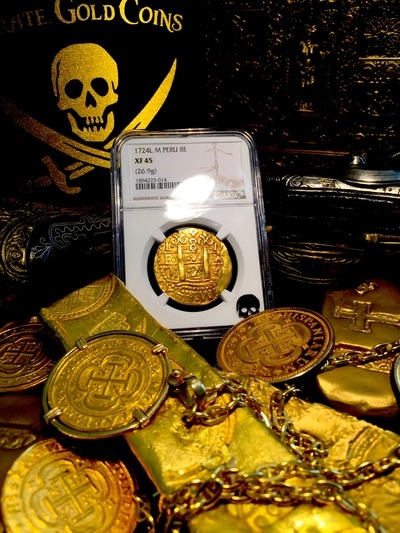 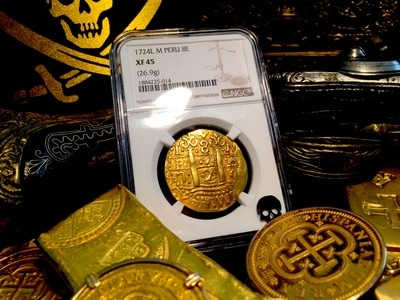 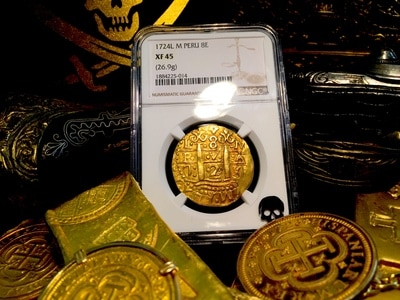 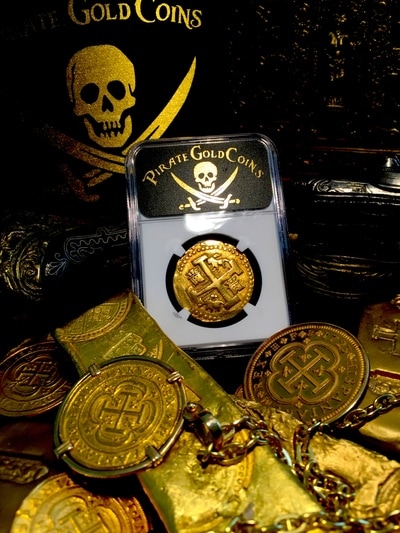 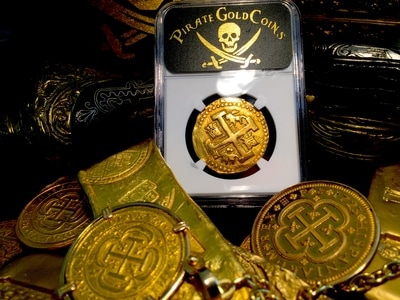