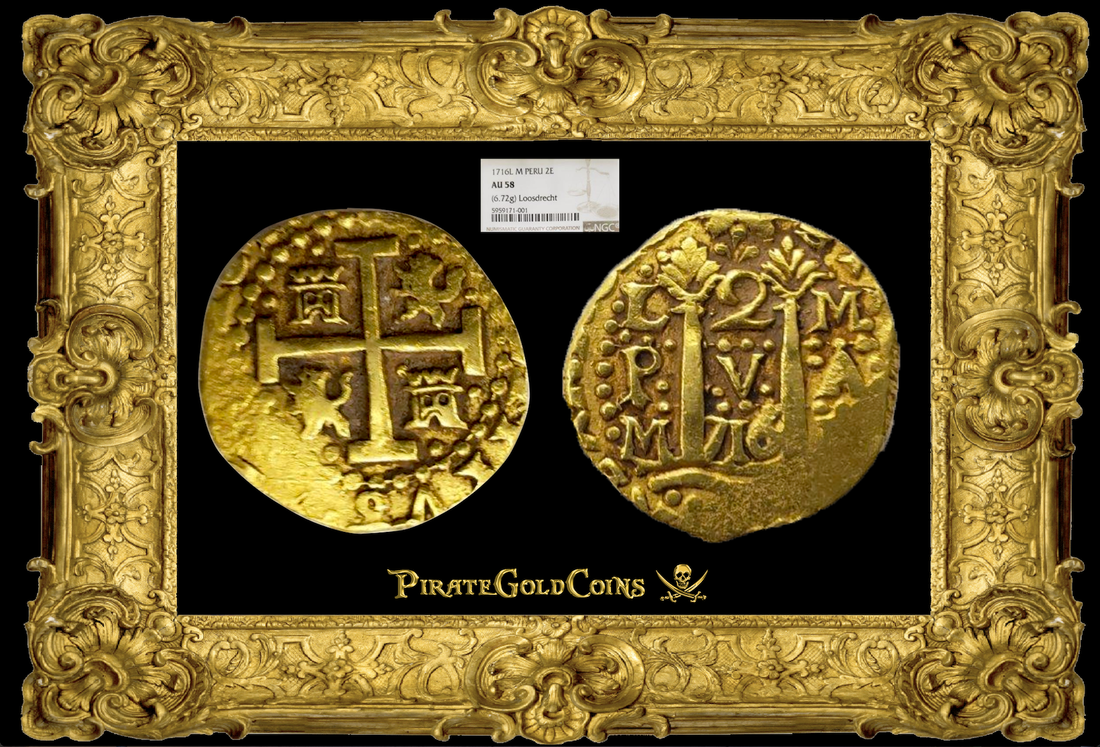 The pillar side of this Lima two escudos was struck in error from two reales dies, creating a remarkable and very rare gld cob type. Note that the date 716 appears in a single register, while the assayer's intial and mintmark are repeated at two places. The capitals of the pillars are reales style rather escudos style, and other designs deifferences are immediately apparent. In the entire history of the Lima mint, only two dates (1710, 1716) are known to exhibit this error. Two 1716's of this type are known, one of which is an abused ex-jewelry coin illustrated in Calico-Trigo (#327). That damaged ex-jewelry piece coin hammered for 2400 pounds in Christies April 28, 1993 sale as lot 331. This coin, clearly the finest known, is a showcase item in any advanced collection of gold cobs.
​
This coin has beautiful golden luster with extensive areas of attractive pink, red and blue marine deposits. Thanks to new informaiton that surfaced with a group rare 1716-1717 Lima onzas recently (12/08) auctioned by Cayon, we know this two escudos was found on a site later identified as the UK wrecksite of the VOC merchantman Loosdrecht (lost January 14, 1719). These 1716's are an attractive 1717 are the only two escudos reported from the wreck. But for this handful of Lima eight and two escudos from the Loosdrecht, our knowledge of Lima gold 1715-17 would be very poor. No Lima issues later than 1714 are known from the 1715 Fleet. The coin is virtually uncirculated as you would expect from a gold cob that shortly after 1716 disappeared beneath the waves for nearly 300 years. 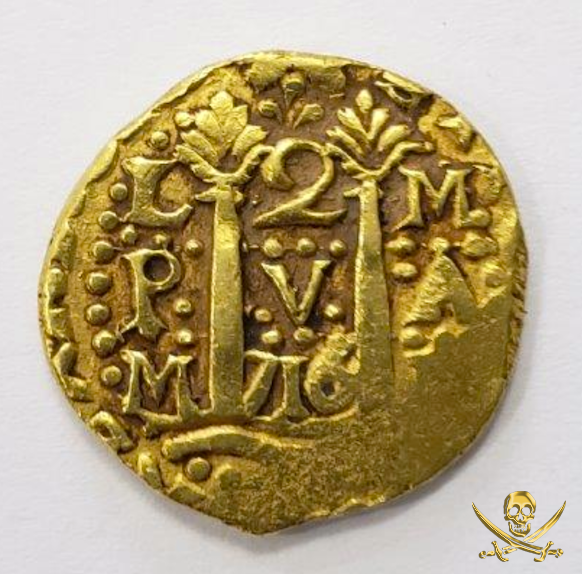 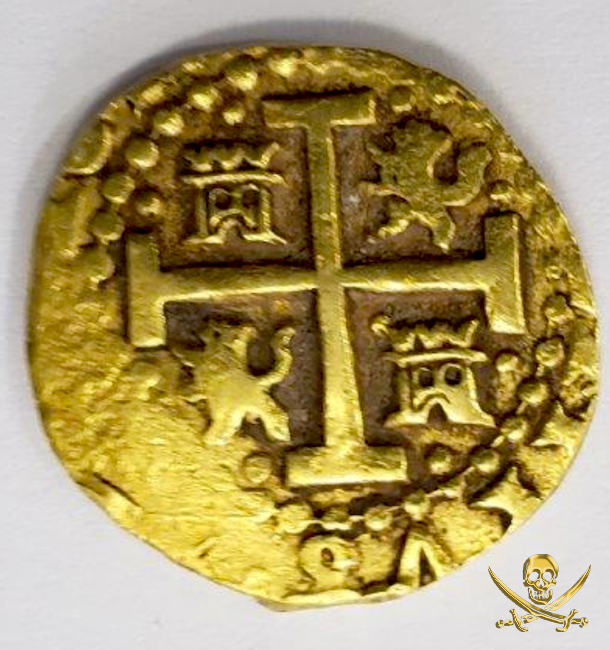 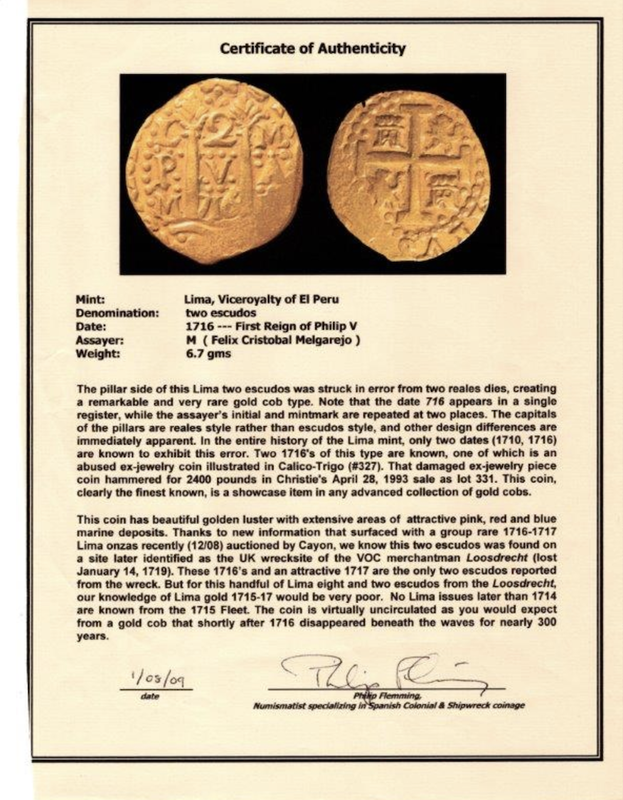 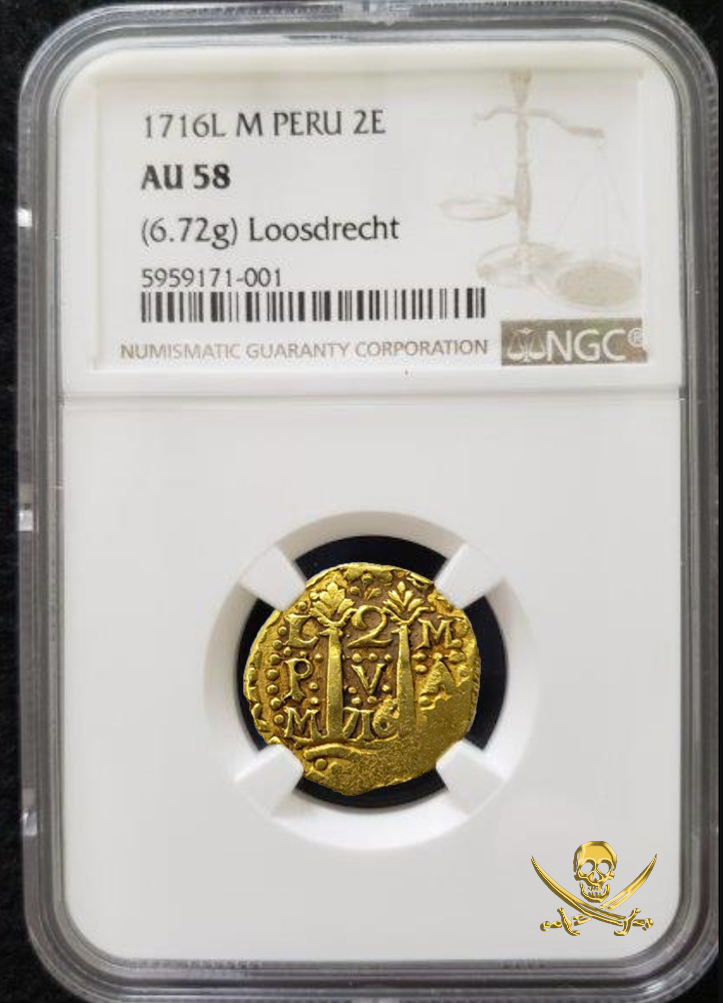 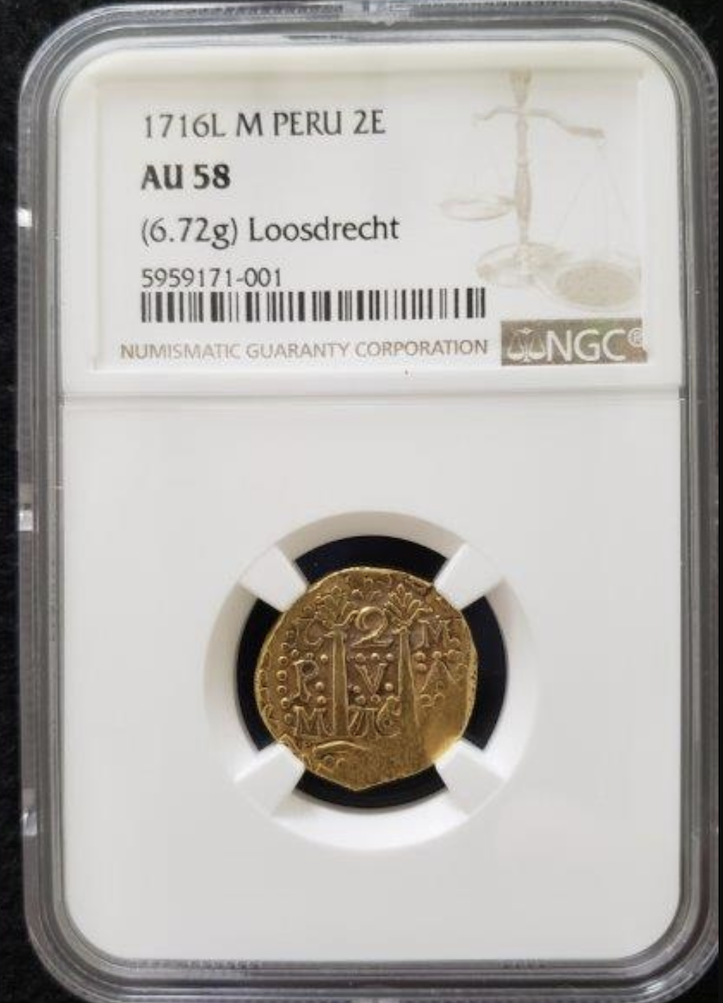 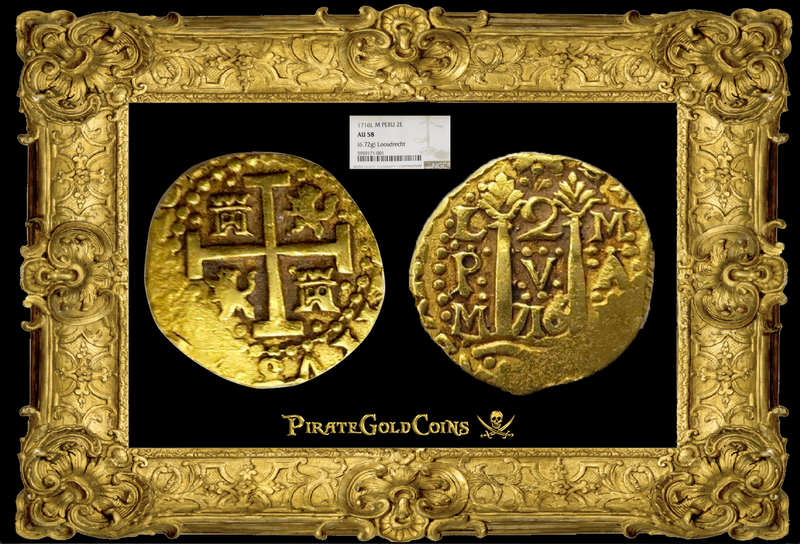