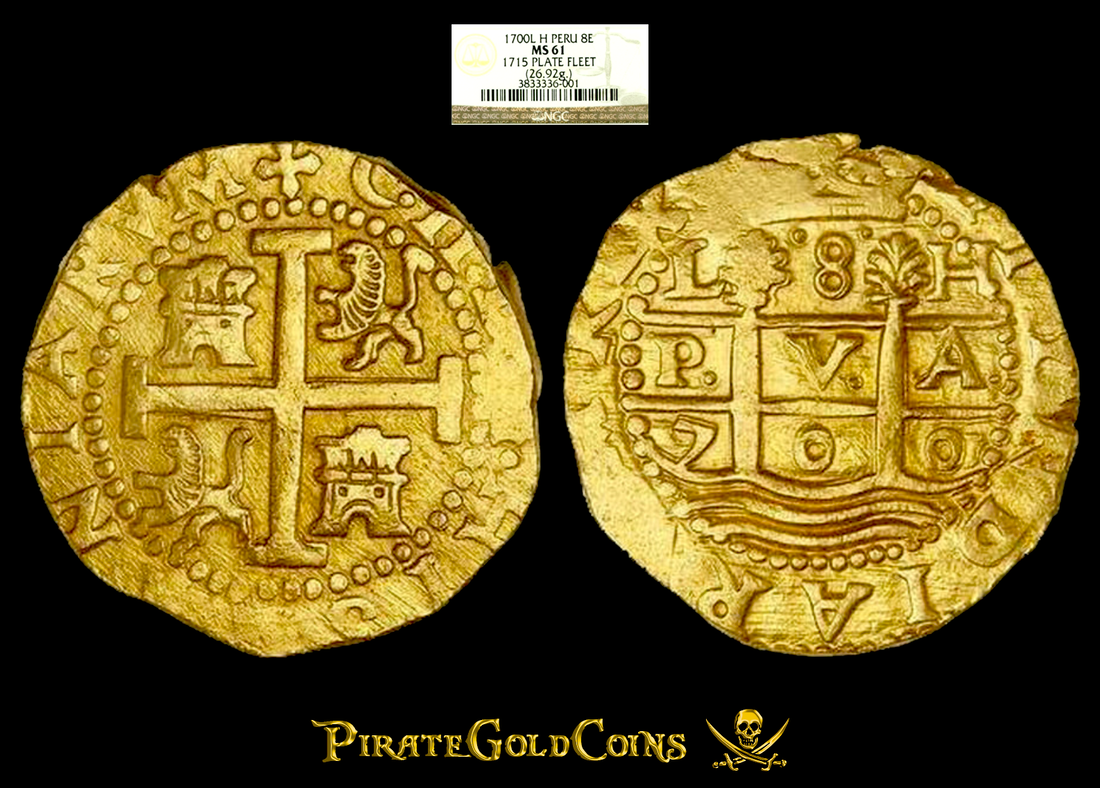 Click above image to view in eBay store
Peru 8 Escudos 1700 "From 1715 Fleet Shipwreck" NGC 61 WOW! Only 4 Certified and this breathtaking, almost perfectly round (like a Royal) has Perfect Centering and extremely strong details. Perhaps, besides the Rarity, the most incredible feature is within the deep strike at 1 O'Clock on the Cross side, the KING'S ORDINAL CII) Charles II. Next up is the incredible strike, completely absent of doubling. Down to the Lion's main and the Castle windows, and even the nice thick, Bold, and perfectly centered CROSS! Excellent legends, and even a portion of the Crown are all beautifully struck. Lastly, the color has that incredible butterscotch buttery reflection. Truly a King's Trophy Gold Doubloon!

After many other delays, finally the Galleons left Havana on Wednesday July 24th, with favorable winds pushing them at nearly 6 knots. By the 29th the winds were over 70 knots, with gusts hitting over 100 knots. The chaplain said, “the water flew in the air like arrows, doing injury to those it hit.” Finally, at 2:30am on July 31st, the flagship hit the reefs and torn apart, throwing all off her decks and 223 sailors were pounded to death by the rocks. More than 700 men were missing, wreckage and bodies scattered for almost 30 miles along the coast. For the next four years the Spanish attempted to salvage the treasure, but finally ceased in 1719. The dangers or sharks, pirates and Indians were just too great. Records show approx. 30% of the inventoried treasure was recovered, which is a low estimate due to much of the inventory being kept off the books to avoid the king’s tax. There was an estimate of 14 million pesos registered treasure lost.
​
This sunken fleet of Galleons is still giving up her Treasure! In 2010 the claim owners discovered the only bronze swivel gun ever found on the 1715 Fleet. Tucked away inside this the bronze cannon were 51 Gold Escudos and 40 Silver Reales. Shortly after was another discovery of the most amazing artifact, the “Pelican in Piety,” worth $885,000. Then in July 2014, the claim owners crew recovered another 51 Gold escudos valued at $300,000. Most recently, another find of 50 Feet Gold Chain and 5 additional Gold escudos were just recovered, approx.. $300,000 in value. 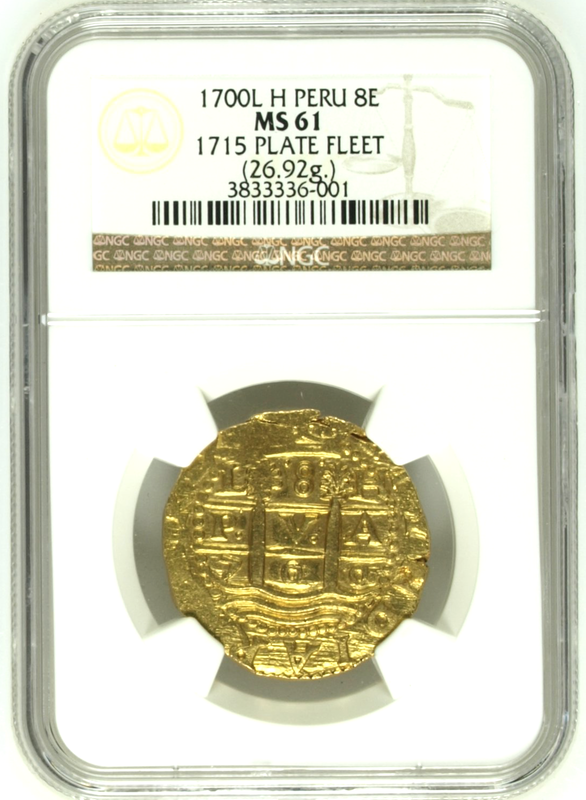 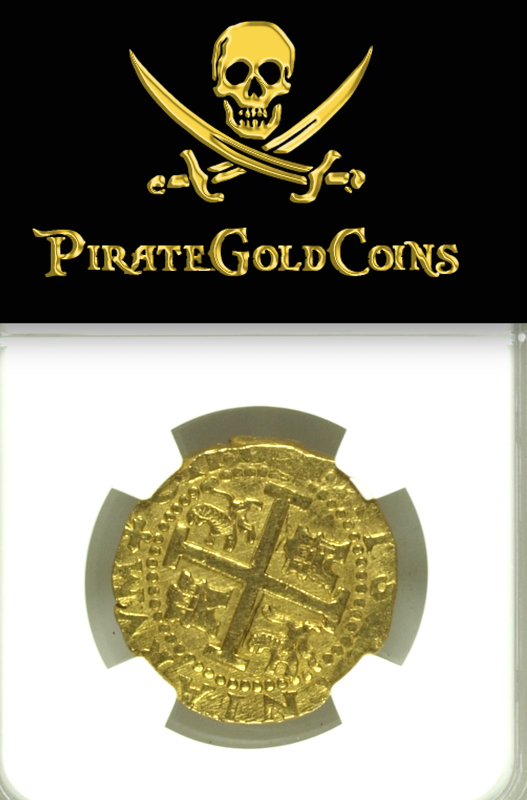 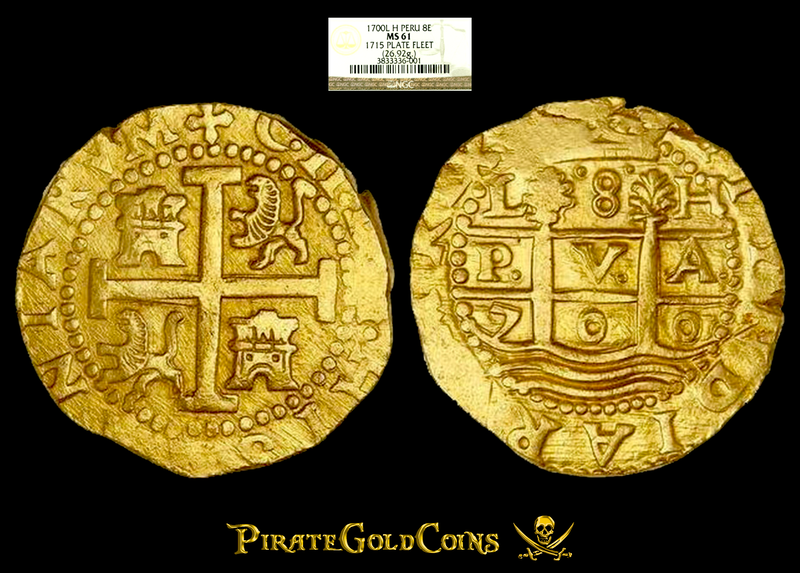