This piece has a High Luster as you’d expect for full Mint State example and with Only 8 Known (only 2 of which are just slightly higher) this RARE Gold Cob is at the top of the list! This is the Only year (1698) that Cuzco minted Gold Cobs (only 1E’s and 2E’s). *** What’s SO impressive about this piece is that it FULLY Displays the “CII” on the cross side at 1 o’clock ( C.II.), I’ve NEVER seen this on any other 1698 before!!!

Of course Charles II was alive and King while this Gold piece was Hand Struck, making it even more desirable. Of course King Charles II died in 1700 (heirless) and appointed his grand nephew King Philip V is heir to the throne of Spain; which sparked the War of the Succession! Interestingly, Charles II was the son of Philip IV. This trophy piece has everything going for it, RARITY, Grade, 1715 FLEET pedigree and of course the King’s Ordinal C.II. (KM-28; CT-122, S-CZ1) Scroll below to read more on 1715 Plate Fleet Shipwreck.db 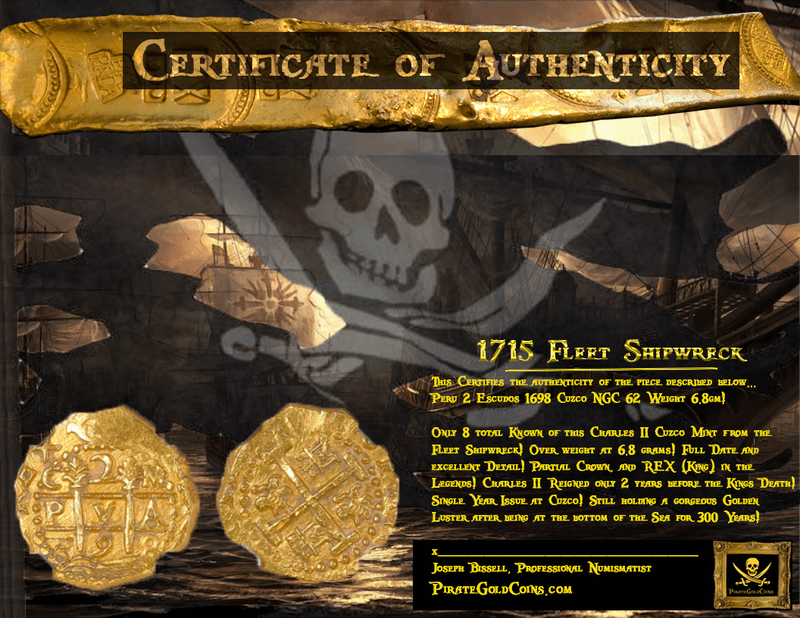 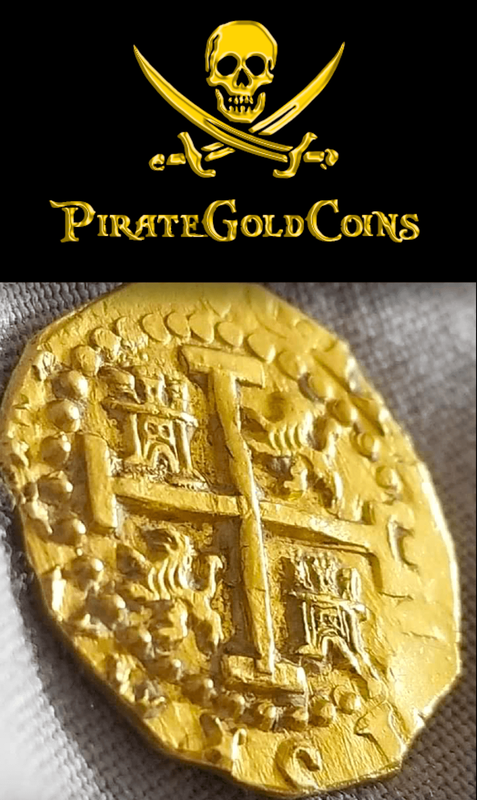 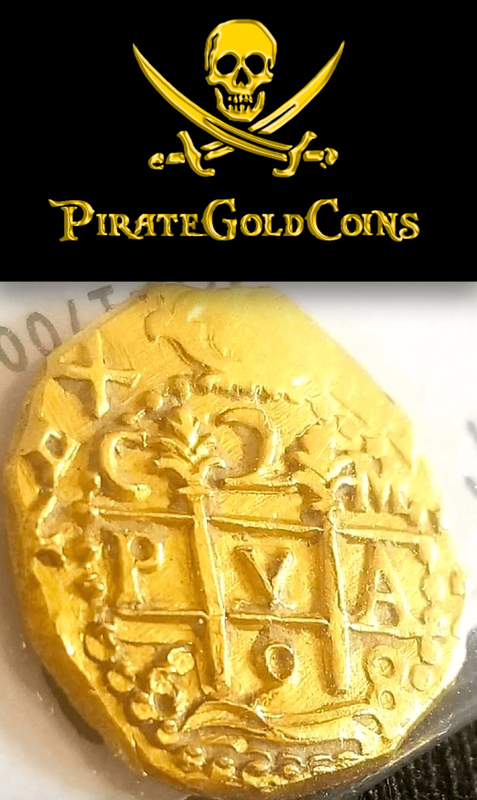 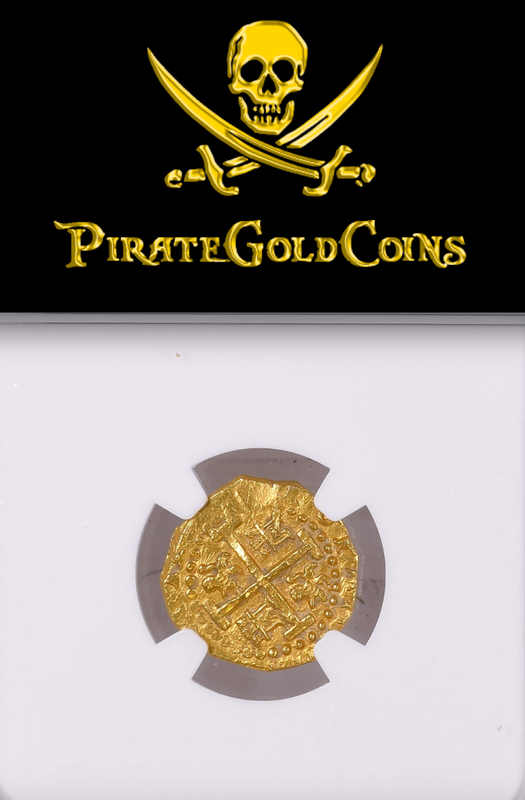 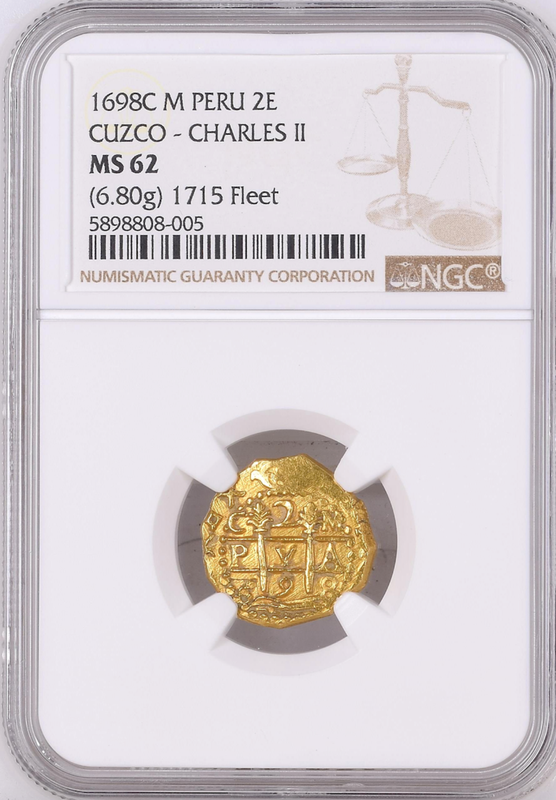