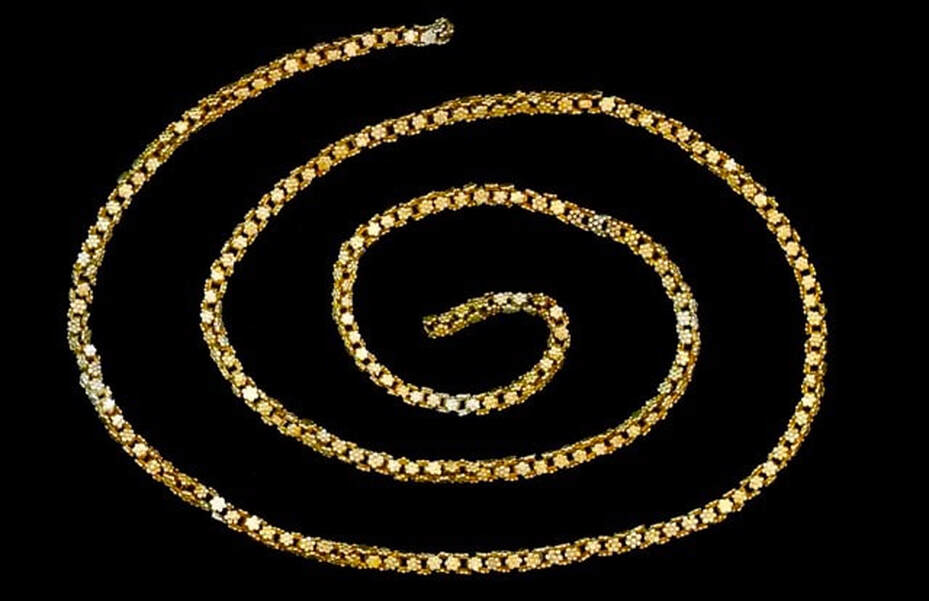 Click above image to view in eBay store
MONEY CHAIN 14.5” JEWELRY 1715 FLEET Tri-Centennial SHIPWRECK PIRATE GOLD COINS TREASURE
Tricentennial COA GOLD CHAIN 1715 FLEET ARTIFACT QUEENS JEWELS ARTIFACT RELIC MONEY CHAIN 14.5” COA from Queen’s Jewels. Weighs 17.1gm and was Discovered in 2015 ($1,000,000 51 Coins & 40’ of Gold Chains) as seen on Many Mainstream Media Networks – both National & International (see attached: ABC, National Geographic, etc."
This incredible over 300 Year “1715 FLEET MONEY CHAIN” is truly an impressive piece, Over 14.5” and 17.1 grams, approx. 3.2mm thick! It’s design consists of a fine snakelike braid. It also comes with a Full “Certificate of Authenticity #78211B. We can a CLASP of pure Gold to connect this beautiful chain if requested.
This exact CHAIN was featured on many Media outlets and was Found in 2015! An incredibly Rare Opportunity to literally have part of a Shipwreck Treasure & highly probably part of the Queen’s Jewels (and completely Certified as such!). The new Queen (Elizabeth Farneese) would not consummate the marriage to King Philip Vth until her Dowry arrived (which is one of the reason the King pressured the Fleet to sail during the Hurricane season), almost immediately after the “War of the Succession” (an almost 15 year war from 1700-1715. The 1715 Treasure Fleet was a Spanish treasure fleet returning from the New World to Spain. 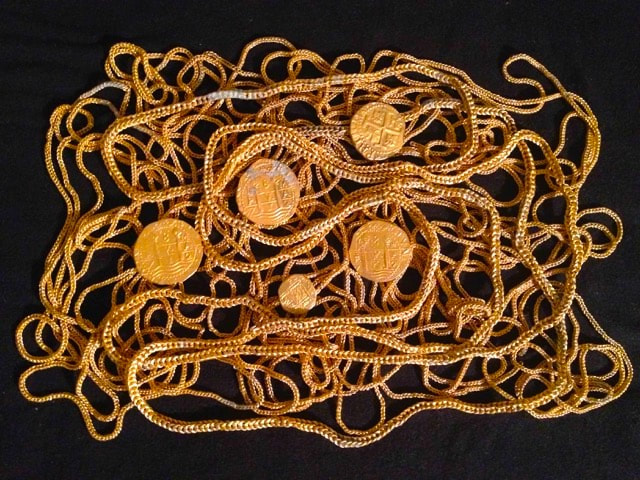 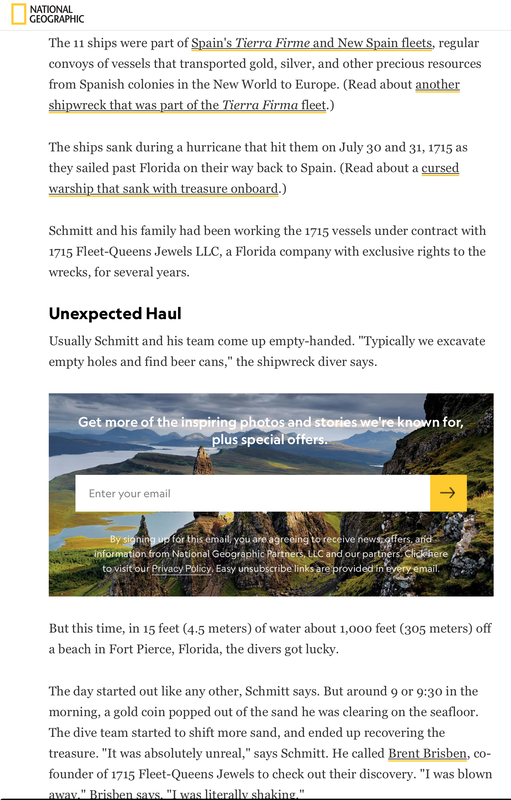 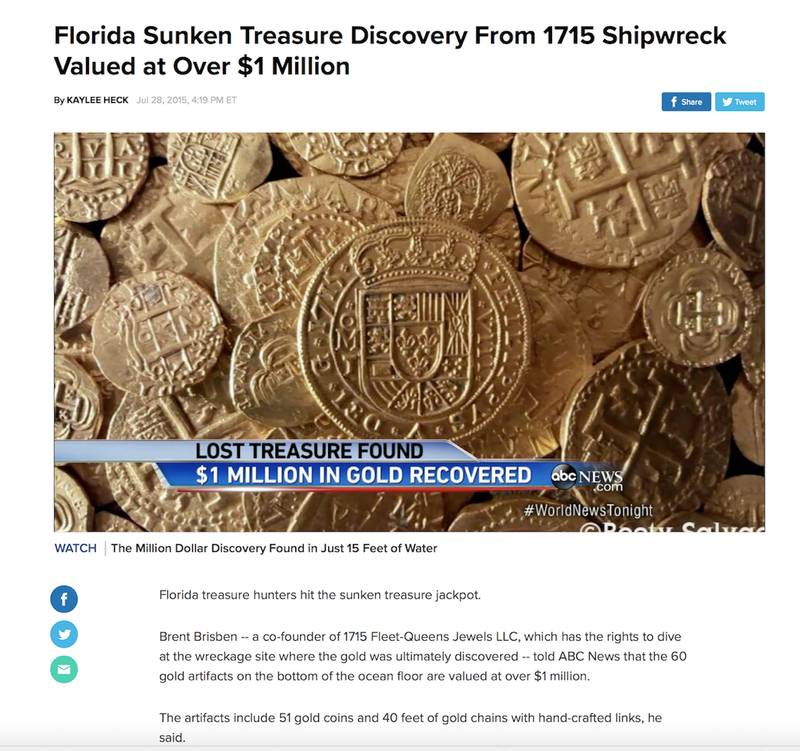 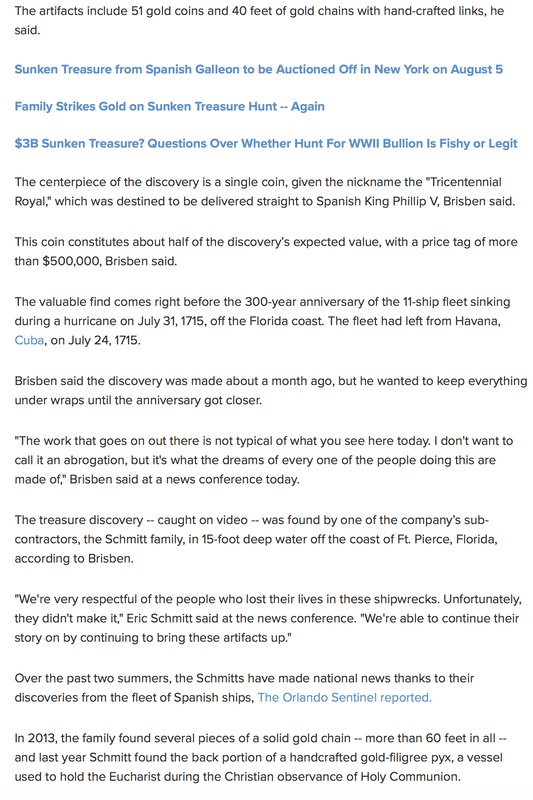 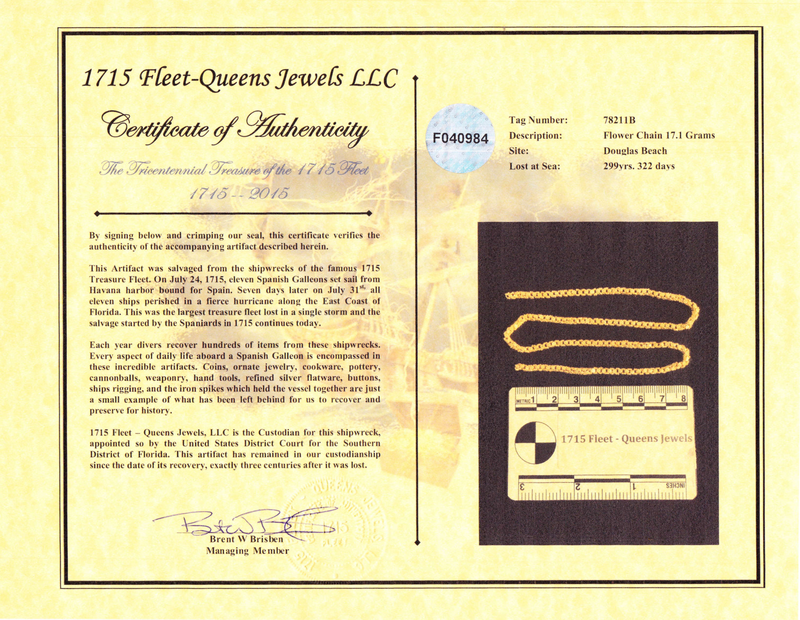