NETHERLANDS (DUTCH)  GOLD  DUCAT DATED  1598 (RARE DATE) MINTED FROM THE UTRECHT MINT (BELIEVED TO BE THE OLDEST MINT IN THE WORLD).  GRADED NGC50.  IT’S EXTREMELY IMPORTANT TO KNOW NOT ALL GRADES ARE EQUAL (EVEN WITH THE SAME GRADING CO.), WE SHOW FOR EXAMPLE A NGC 61 THAT LACKS ALMOST ALL DETAILS; WHEREAS COMPARED TO THIS COIN, WHICH IS EXTREMELY STRONG DETAILS / STRIKE.  THIS IS A VERY LARGE VALUE DETERMIANT WHEN CALCULATING VALUE. ALSO, THE FLAN / PLANCHETT IS ALSO VERY ROUND, WHICH IS ATYPICAL AND IS ALSO TOP OF THE LIST OF VALUE DETERMINANTS. THE YEAR, 1598 IS A MUCH BETTER YEAR THAN THE MORE COMMON 1724’S.
THE REVERSE INSCRIPTION (INSIDE PLAQUE) READS:  “Mo Aur. Reg. Belgii Ad Legem Imperii.”    This translates to: “Gold Coin of the Kingdom of Belgium according to the Law of the Empire.”

This piece probably came from either of the two following shipwrecks:

Shipwrecked Galleon:  A small galleon captured on the Spanish Main in the summer of 1589 by George Clifford, the Earl of Cumberland, and sent home as a "prize" the following winter. Under the command of Christopher Lister and with a cargo of looted gold and silver, she was lost with all hands in a gale near Penzance.

The "Akerendam" was a ship of the Dutch East India Co. (VOC), built in 1724. On 19 January 1725, the Akerendam left in convoy with two other ships, heading for Batavia with a crew of 200 people and 19 chests of gold and silver on board. On 8 March 1725 the Akerendam drifted in a snow storm and sank near the cliffs of Runde island (Norwegian west coast). Despite the fact that the ship was wrecked close to the shore there were no survivors.

During the next months, 5 chests of coins were recovered. No more was found and the site was forgotten until Swedish and Norwegian sports divers rediscovered the wreck site in 1972. Although little remained of the ship, about 57.000 gold and silver coins were recovered. The 6.600 gold coins were mostly the rare Dutch gold ducats, minted in Utrecht in 1724; prior to this find only a handful of these ducats were known. Norway's largest coin treasure is also referred to as 'the Runde Treasure'

The Norwegian share of the Runde treasure was divided between the University of Oslo's Coin Cabinet and Bergen Maritime Museum. In January 2011, some of the coins from the Maritime Museum were transported back to the island for an exhibition at Runde Miljosenter. The divers' portion of 75% of the treasure was auctioned in Switzerland in 1978. 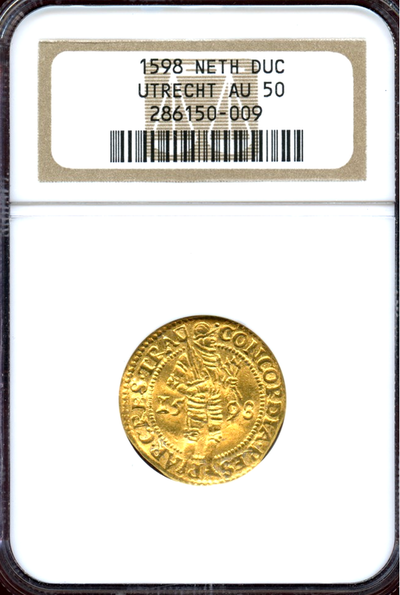 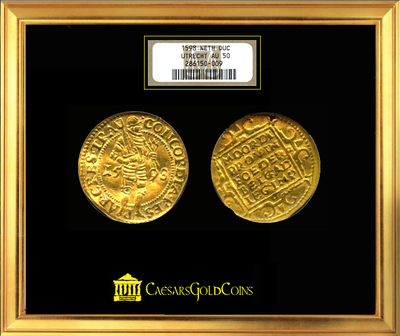 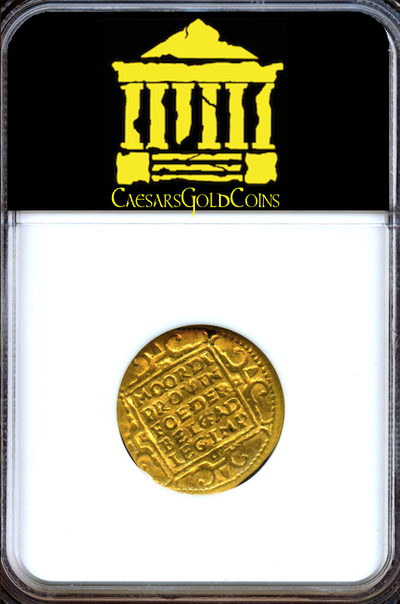 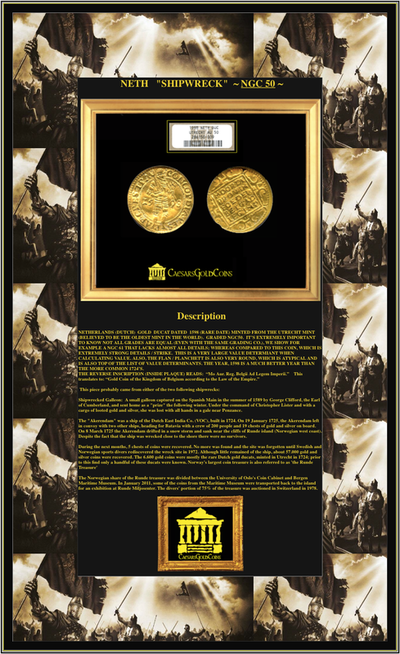