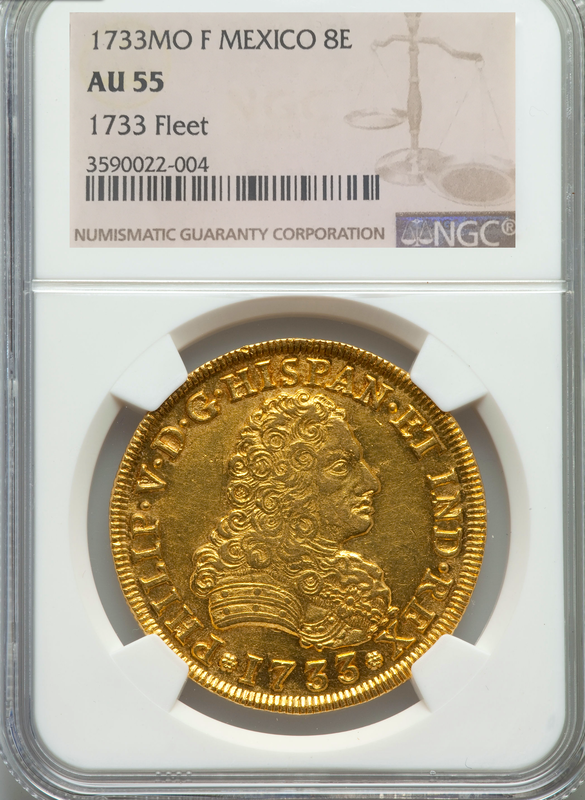 From the SHIPWRECK of 1733 FLEET!  See below for write up on FLEET Shipwreck of 1733.  This piece has the FULL MINT LUSTER of a newly minted Gold pieces of Eight!  Mint ~ Mexico City and Assayer “F”  Philip Vth.  KM148, ONNZA-422.  An incredibly Strong Strike on a Very well Centered Flan, with blazing Luster.  This particular coin was lauded as “One of the King’s of Latin America Numismatics!”  Last sold in 1979, where it realized a WORLD RECORD price of $26,750 (lot #2539), making this piece the MOST FAMOUS at that time and still to this day! Read below:

The 1733 entire Spanish convey sunk on July 15th, 1733 after being hit by a hurricane and pushed into the shallows in the Florida Keys.  There were many survivors, and four of the galleons survived in good enough condition to be re-floated and sent back to Havana.  The Spanish salvage efforts yielded a good haul of the precious cargo, so much so, it actually yielded more than what was listed on the ships manifest (thanks to the normal contraband).

The wreck sites spread across 80 miles, all the way from North of Key Largo down to the South of Duck Key, and include the following Galleons:  El Populo, El Infante, San Jos’e, El Rubi (the Capitana), Chavez Herrera, Tres Puentes, San Pedro, El Terri, San Francisco, El Gallo Indiano, Las Angustias, El Sueco de Arizon, San Fernando and the San Ignacio (which was found in a Reef area off Deer Key known as “Coffins Patch,”  South-westernmost of all the 1733 Fleet wrecksites.

The first and debatably the most famous of the wrecks of the 1733 FLEET to be located in modern times was the Capitana El Rubi, which was discovered in 1948 and salvaged principally in the 1950’s by Art McKee.  Unlike the 1715 Fleet, and due to extensive Spanish salvage in the 1730’s, the finds by modern divers have been modest, especially in regards to GOLD pieces!  The 1733 Fleet has been a source of some RARE Mexican Milled “pillar dollars from 1732-1733!  Two of the Salvage Divers were Jack Haskins (deceased) and D.L. Cheney, both of whom brought this coin up from the depths of the Sea. 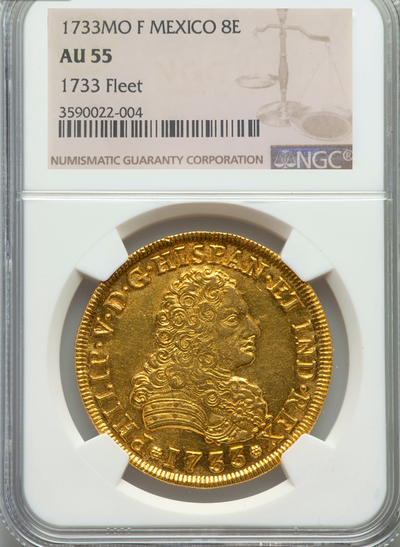 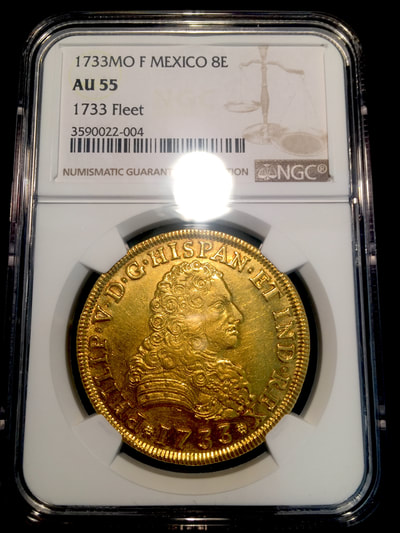 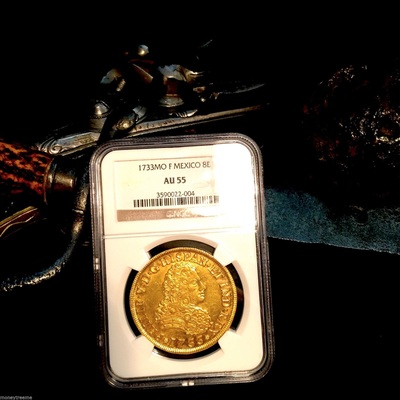 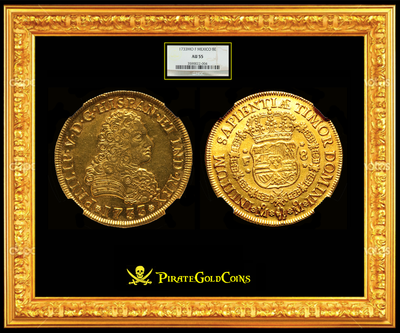 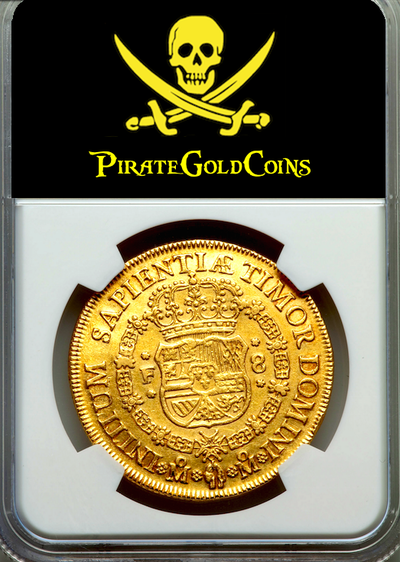 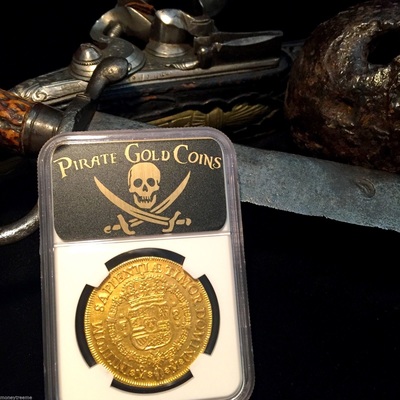 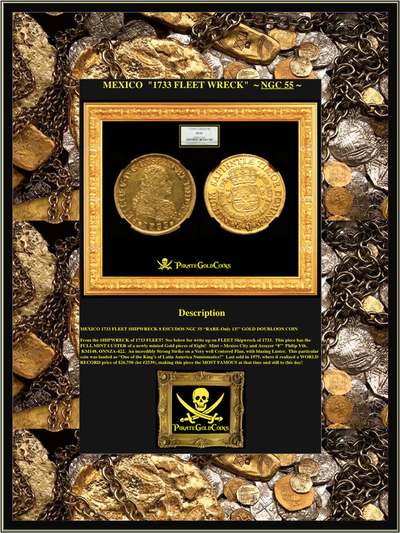